The FWA are sorry to announce that we have had to postpone the FWA Live North East Special in Durham, which was planned for this Thursday November 21, owing to circumstances beyond our control.

Instead the event, which will feature representatives from Sunderland, Middlesbrough and Newcastle United has been put back until after Christmas.

Those attendees who have bought their tickets via Eventbrite should get a full refund in due course. 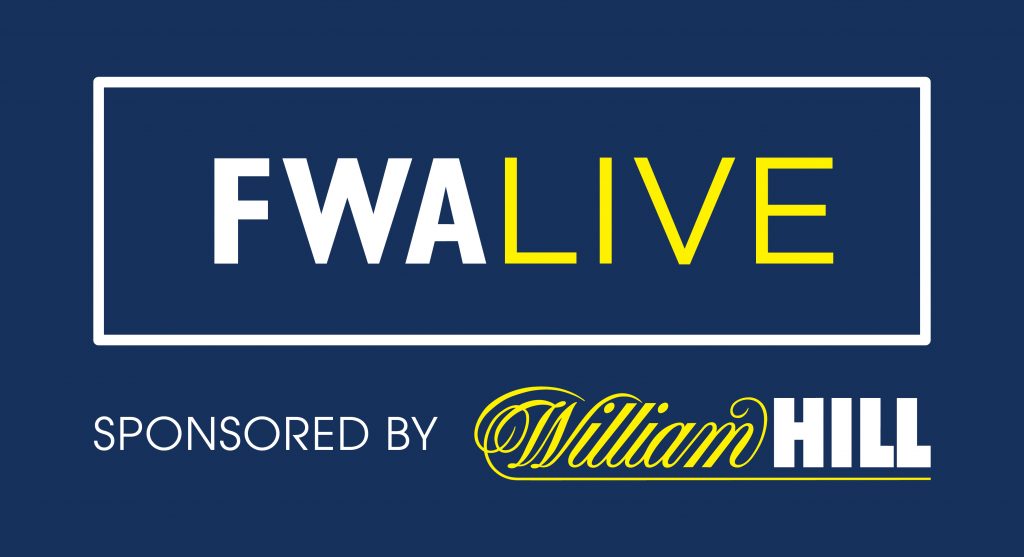 Our latest FWA LIve event at the Landmark London on August 6 was a huge success, with a wide range of topics discussed by our panel in front of a packed house.

Chris Hughton, Simon Jordan and Teddy Sheringham were our special guests from the world of football, and joined FWA Chair Carrie Brown and Times football correspondent Henry Winter on a panel hosted by Gerry Cox, former Chairman of the FWA.

The first 45 minutes involved a panel discussion on the likely winners of this season’s Premier League (Manchester City were overwhelming favourites), transfer dealings this summer, the fates of the newly-promoted clubs and how Frank Lampard and Ole Gunnar Solskjaer will fare.

After a short break, panellists took questions from the 100 or so guests, resulting in lively and revelatory discussions about racism, club ownership, the difficulties of management and more.

The event was streamed live on Facebook thanks to our title sponsors William Hill, and you can see the first 45 minutes on the FWA’s Facebook page here: https://www.facebook.com/FootballWritersAssociation/videos/2131821920279052/

And a substantial sum was raised for our charity Alzheimer’s Society.  See the great work they are doing on research into a disease that increasingly affects not only football but society as a whole https://www.alzheimers.org.uk/ 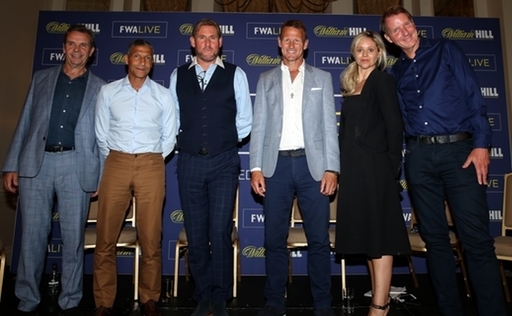 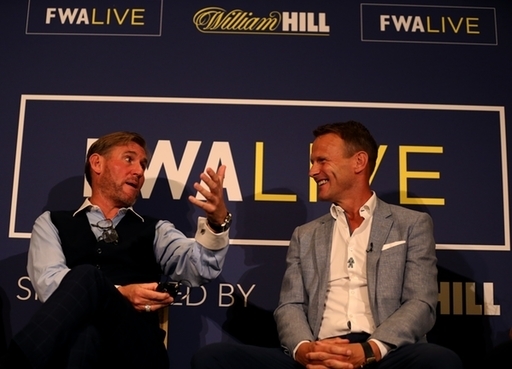 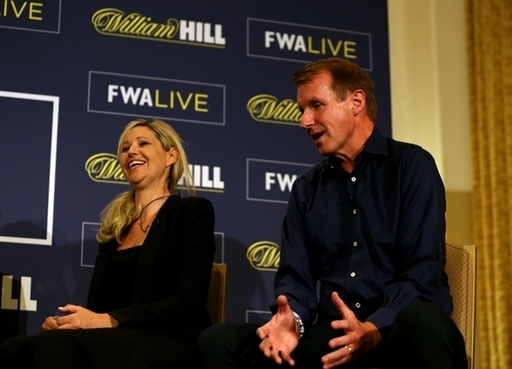 Carrie Brown- FWA Chair and Henry Winter of The Times during the FWA Live Season Preview at The Landmark Hotel, London. 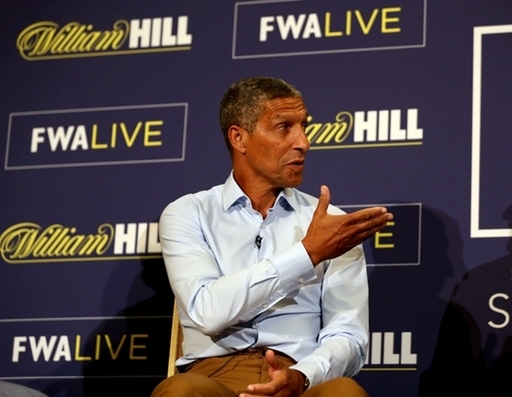 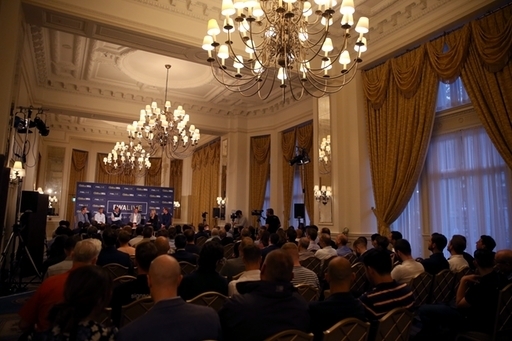 General view during the FWA Live Season Preview at The Landmark Hotel, London.

We are delighted to announce a star-studded line-up for our latest edition of FWA Live, which will be at the Landmark Hotel, London on Tuesday August 6.  Chris Hughton, Teddy Sheringham and Simon Jordan will complete a panel including FWA Chair Carrie Brown and The Times Football Correspondent Henry Winter, with proceedings overseen by Gerry Cox.

Much-respected manager Hughton will be joined by former Spurs, Manchester United and England striker Sheringham, as well as Crystal Palace’s former owner Jordan, now a regular on TalkSport.  They will look back on the summer’s transfer activity and look forward to the new season, with previews and predictions about who will thrive, survive and win the big prizes in the Premier League and elsewhere.

The event is brought to you in conjunction with our headline sponsors William Hill and proceeds will go to the Alzheimer’s Society.

Tickets are only £10 including a free drink, and can be ordered here: bit.ly/2NT4zyt 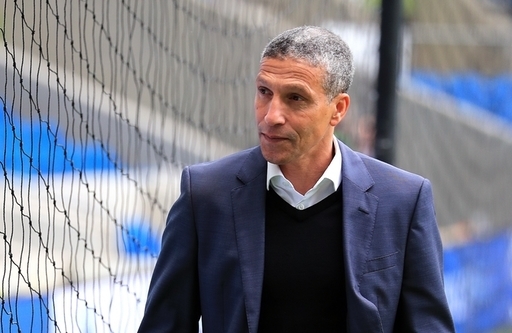 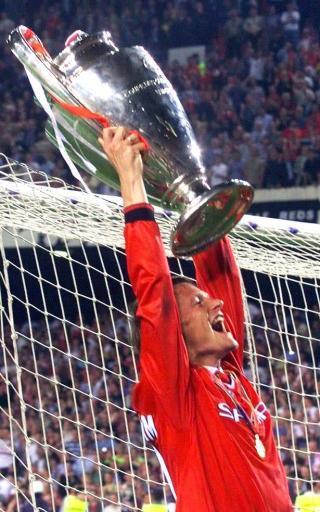 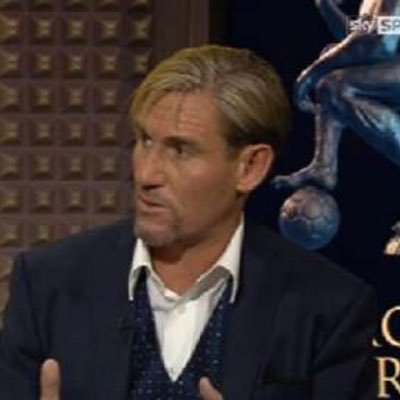 Our latest FWA Live was a great success, with England Legends Frank Lampard and Alex Scott joining Carrie Brown, Neil Ashton and Paul McCarthy on a panel to discuss the FA Cup final, World Cup and many other topics.

Supported by our title sponsors William Hill, it was held at the Landmark Hotel, London, on Thursday May 17 and covered a lot of ground.  Frank and Alex kindly donated their fees to charity. Frank donated his to the Matthew Harding Trust while Alex supported Millwall Lionesses, who are struggling to survive.

The panel was split 3-2 in Manchester United’s favour on the outcome of the FA Cup final, and Germany were most widely tipped to win the World Cup, with England expected to reach the quarter-finals according to our panellists.

The audience, which included a number of sports journalism students tutored by FWA member Brendan McLoughlin at the University of Gloucester, were able ask questions of Frank and Alex, who were happy to pose for photos and autographs afterwards.

There was also a good turnout from members of the FWA national committee.

Look out on the FWA YouTube channel for footage from the evening over the coming days. 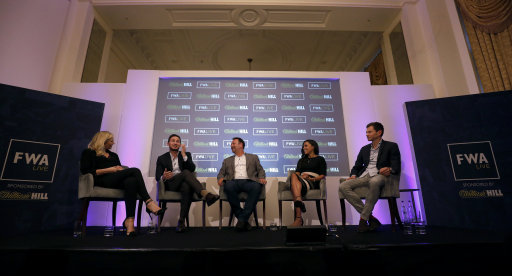 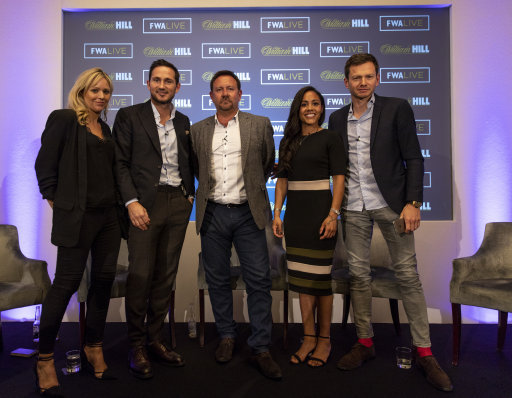 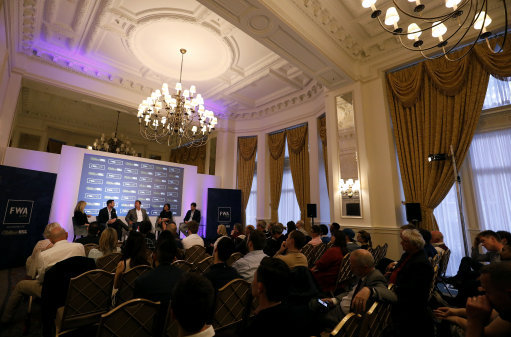 The last few tickets are available for a special night with Frank Lampard and AlexScott at FWA Live this Thursday. The former England legends will take audience questions on the FA Cup final, World Cup and more. Tickets here: bit.ly/2I1ynFR 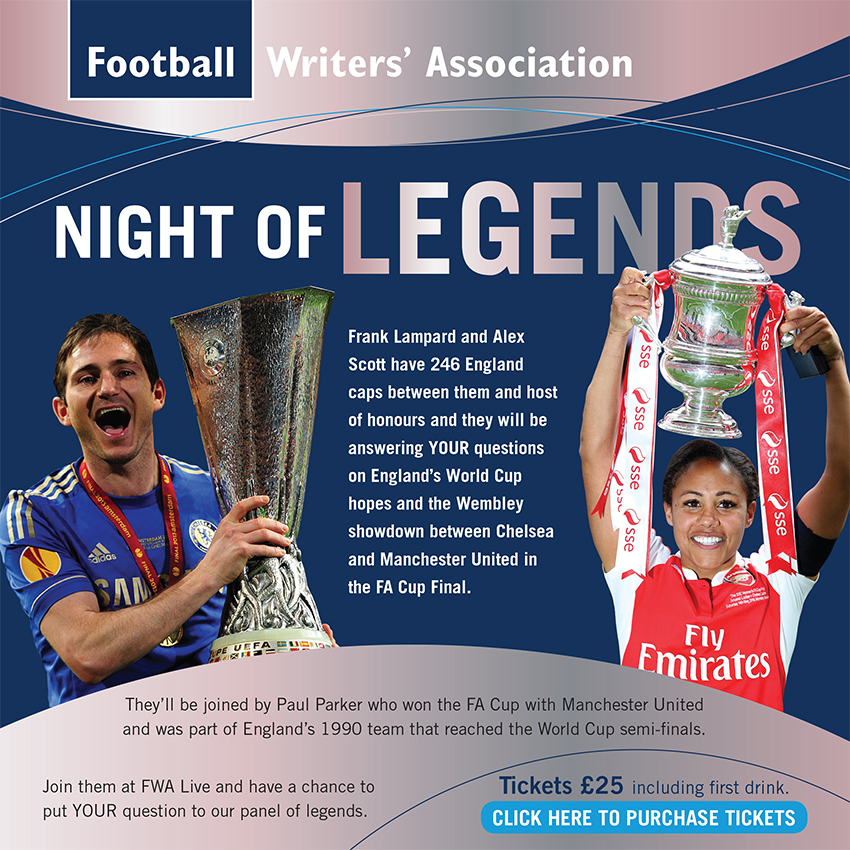 England legends Frank Lampard and Alex Scott will be our special guests at the next FWA Live, to be held at the Landmark Hotel London on Thursday May 17.

Former Chelsea midfielder Lampard and Arsenal Women’s star Scott both reached over 100 caps for England, and will be previewing the FA Cup final between Chelsea and Manchester United and also discussing this summer’s World Cup, and in particular England’s prospects.

They will be joined on stage by leading FWA members Carrie Brown, Paul McCarthy, Neil Ashton in the popular Question Time-style format.  Our last FWA Live, featuring Arsene Wenger, Les Ferdinand and Gary Lineker among others, raised thousands for the Grenfell tragedy charities.

Proceeds from this year’s event will go to the charities of the players’ choices.  Tickets are £25 which includes a free drink. and are likely to sell out quickly again.  Get them at: 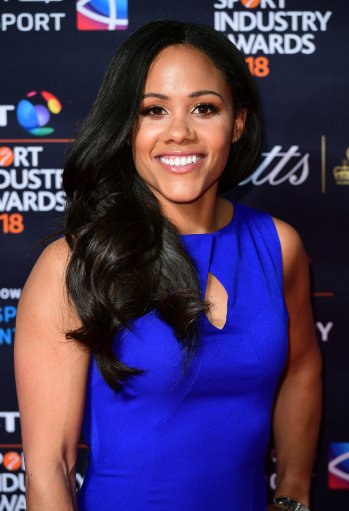 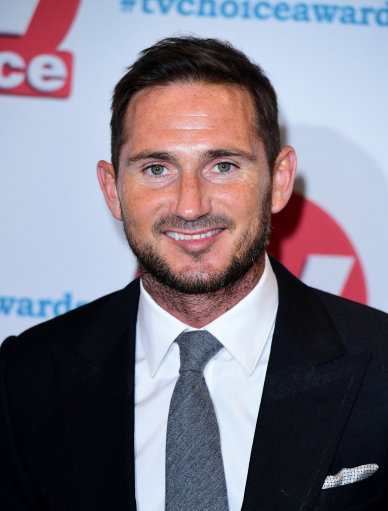 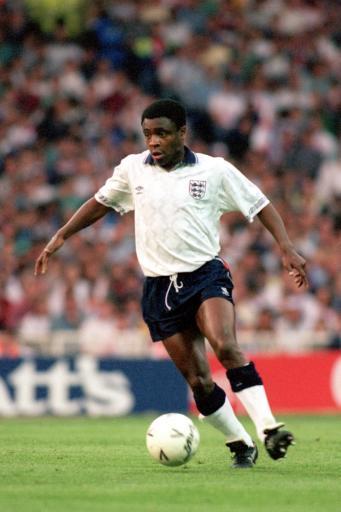 The FWA regrets to announce the latest edition of FWA Live, due to be held in Manchester on December 7, has been cancelled because of circumstances beyond our control.

Previous events have proved to be extremely successful and our London event in August, in partnership with our title sponsors William Hill, raised a five-figure sum for victims and survivors of the Grenfell Tower disaster.  You can see excerpts from the evening with Arsene Wenger, Les Ferdinand, Gary Lineker, Paul Elliott and Jacqui Oatley on the FWA’s YouTube channel here: https://www.youtube.com/watch?v=ou21529Ruls

The Football Writers Association sponsored by William Hill will be running a live Manchester Derby preview night in aid of Prostate Cancer UK. Former Manchester City Manager Peter Reid will be on the panel alongside former Manchester United and England defender Viv Anderson. They will be joined by two prestigious journalists Simon Mullock of the Sunday Mirror and Steve Bates of The People, and hosted by FWA Chair Paul McCarthy.

There will be a free bar available during the night.

All profits raised will go towards Prostate Cancer UK.

Our latest FWA Live, on Wednesday August 9th in London, was a huge success, generating many talking points from a star-studded line-up and more importantly raising a five-figure sum from the London Fire Relief Fund to assist the victims of the Grenfell Tower disaster.

Arsene Wenger spoke at length and at times with great humour about his situation at Arsenal, signing players and the future of management. Les Ferdinand spoke movingly about the tragedy at Grenfell, where he grew up, and how QPR are hosting an all-star Game4Grenfell on Sept 2nd.

Paul Elliot discussed the transfer market, 25 years of the Premier League and why some players choose punditry over a coaching career when they  retire.  FWA member Henry Winter, fresh from a day working at Brighton, said one of Albion’s players remarked that Manchester City had spent more on full-backs than Brighton spent on their new stadium and training centre combined!

Finally Gary Lineker, arriving slightly later than the others, spoke with wit and great inside knowledge about the transition from top player to broadcaster, how good the English media is for football and fans, and the changing landscape over 25 years of the Premier League.

The panel was expertly hosted by Jacqui Oatley, who brought her own experiences as a woman working in football to the discussion. The audience of around 200 paying guests were able to  ask their own questions in the second half of the evening, bringing out the wittier side of the panel at times.

Overall it was a tremendous success, and with our sponsors William Hill kindly agreeing to match the amount raised by ticket sales, we raised over £10,000 towards the London Fire Relief Fund.

Look out for more from the event on our social channels and website.

Les Ferdinand has joined the star-studded panel for our special FWA Live next Wednesday August 9th to raise funds for the victims of the Grenfell Tower fire.

The Football Writers’ Association are hosting a charity evening to raise money for the victims of the Grenfell Tower tragedy and have pulled together some of the biggest names in the football and media world to preview the upcoming season. The BBC’s Jacqui Oatley will host the special panel event and panellists, include Gary Lineker, the FA’s Paul Elliot, The Times chief football writer, Henry Winter and now QPR Director of Football, Les Ferdinand.

All money raised will be donated to the London Fire Relief Fund which is organised by the British Red Cross and that total will be matched by the FWA’s title sponsors, William Hill.