Footballers of the Year Sterling and Parris

The two strikers won the Football Writers' Association awards for their outstanding work on and off the pitch this season, and were presented with their honours by our new Chair Carrie Brown.

'It's a massive achievement, a massive honour,' said Sterling. 'To be recognised is always a lovely feeling, especially by the writers. It makes it even more special.

'It is an award that I will cherish, especially with the people that have won it before me so I am really, really glad and proud.'

Sterling collected 62 per cent of the poll by FWA members and beat Liverpool centre-back Virgil Van Dijk to the award by over 100 votes.

Sterling is the first Manchester City player in 50 years to win the FWA Footballer of the Year award, following on from Tony Book sharing the accolade with Derby's Dave Mackay.

'Precept and example' have long been considered when voting for the award - values that Sterling boasts in abundance.

Put to him that he has had a bit of an up and down time with the media in the recent years, Sterling said: 'Yeah, it's one of those where I take full responsibility as well because it's my first time being a professional and everyone makes mistakes, especially being young and not quite understanding what goes on in and around football with the media.

'As you get older, you mature and understand things much better and I think now people can see me for who I am.

'You have young kids who do follow you and do look up to you, and you need to try and set the right example for them and the next generation coming through for sure.

'Certain subjects that I have spoken about this season has been touchy but at the same time I thought it was needed and I tried to do my best to address it in a positive (way) and not come across aggressive or ignorant.'

Thursday night was a double celebration for City as England striker Nikita Parris collected the FWA Women's Footballer of the Year.

'It feels amazing to be voted for by the Football Writers' Association,' she said. 'I am really grateful for the award and I hope the night is special, with two Manchester City players getting the award. Many congratulations to Raheem, I think he has been fantastic this year.

'It has been a fantastic season for us, winning two trophies and will really be fighting for that league trophy next year. It is a fantastic time for women's football and the England team.' 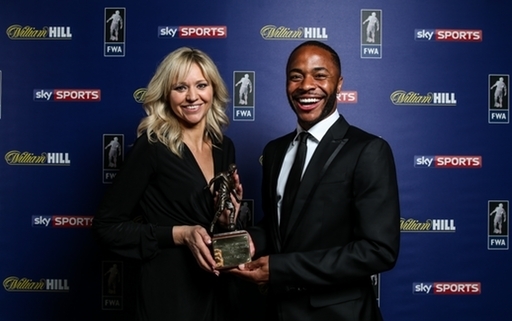 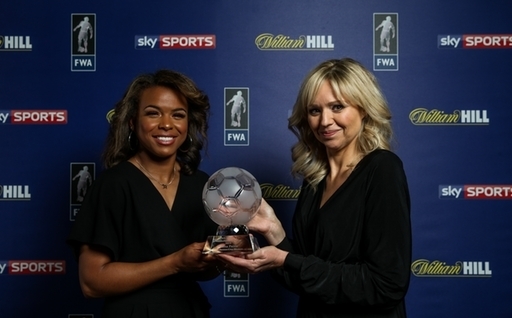 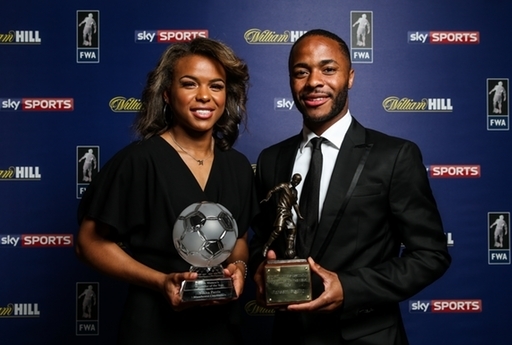 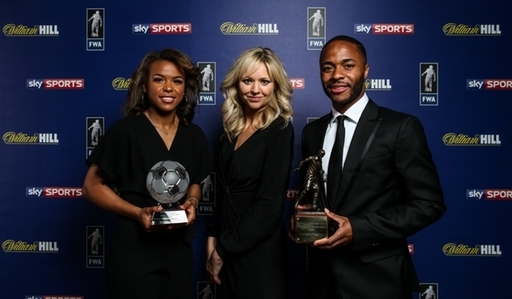