We at the FWA are saddened to have lost another great supporter and friend with the passing of Gerard Houllier, who has died in Paris at the age of 73.

Gerard was a great football manager, bringing enormous success to the French football team, Liverpool and Lyon among others.  Many, many journalists remember him from their professional relationships as a fair and friendly man, who could also be firm when necessary.

Gerard also attended and spoke at many FWA events, a great supporter of our association and a good friend to many of our members.  Philippe Auclair was particularly close, and has found time in his personal grieving to put down his cherished memories of Gerard here:


"I could speak about the manager who reinvented Liverpool, about the National Technical Director of the French FA to whom the 1998 world title also belonged, about the coach who turned Lyon into the dominant force in French football, but my heart is not in it. Gérard was a friend. Like hundreds, probably thousands of others, and like his Merseyside family, like all these players who truly loved him, I am heartbroken.

"He had no greater gift than the gift for friendship, which he offered so generously, to me as well as to many others. I know that when someone of Gérard's stature dies, there is always the unwelcome temptation to 'own' the person who has died, to bring it back to 'he, or she, did this for me', when, of course, we only played a fleeting, almost insignificant part in their lives, we do not really matter much in the greater scheme of things. In Gérard's case, however, the 'insignificant' can mean so much that I hope you'll forgive me for telling a story which, to me, encapsulates who he was, and why, today, so many grieve his death as they do.

"I'd written a less than complimentary piece about a game which his Liverpool had lost, a couple of paragraphs hastily put together shortly before the Sunday evening deadline. Today, I'm both ashamed and grateful that I'd done it.  Gérard had read my article in the plane that was taking him and his team to a European cup tie in central Europe. He's been deeply hurt by it, and wanted me to know about it.

"Some other managers would have been happy to shrug it off or add my name to their list of 'unfriendly' or even 'undesirable' journalists; not Gérard. Sitting in the Airbus which was awaiting the all-clear for take-off on the tarmac, he called me and, with impeccable logic and courtesy (but with genuine irritation in his voice), dismantled my feeble argument. I could hear in the background a stewardess who, twice, asked him to switch off his mobile phone. But Gérard wasn't quite done with me. What he wanted me to understand was that I was not aware of how words could hurt, that we never talked or wrote in a vacuum, that the people we attack in print are men and women made of flesh and blood, that it is possible to cause harm when none is intended. It is a lesson which I hope I did not forget afterwards. But the most remarkable thing is that it was that day that our friendship was born. Gérard was hyper-sensitive, and could be touchy at times; but vindictive or resentful - never.

"His religion was friendship, its greatest sacrament communion; in other words, he was made for Liverpool. I never saw him happier than when English football, which had soon recognized one of its own in the former language teacher, invited him to one of these functions of which there are no equivalent on the continent, as when, for example, he attended a FWA dinner - such as the tribute night we organised for Arsène Wenger, at which Gérard spoke with his customary eloquence - where players and managers old and new mingle with journalists and friends as families gather for Christmas. Gérard never turned down such invitations. He beamed with pleasure when he recognised a friendly face in the crowded room, never more so than when a players such as Jamie Carragher embraced him (calling him 'boss', of course). He was back home, as home, for him, was England, or, rather, English football. How he smiled then. That's what hurts the most today, the thought of never seeing that wonderful smile again. 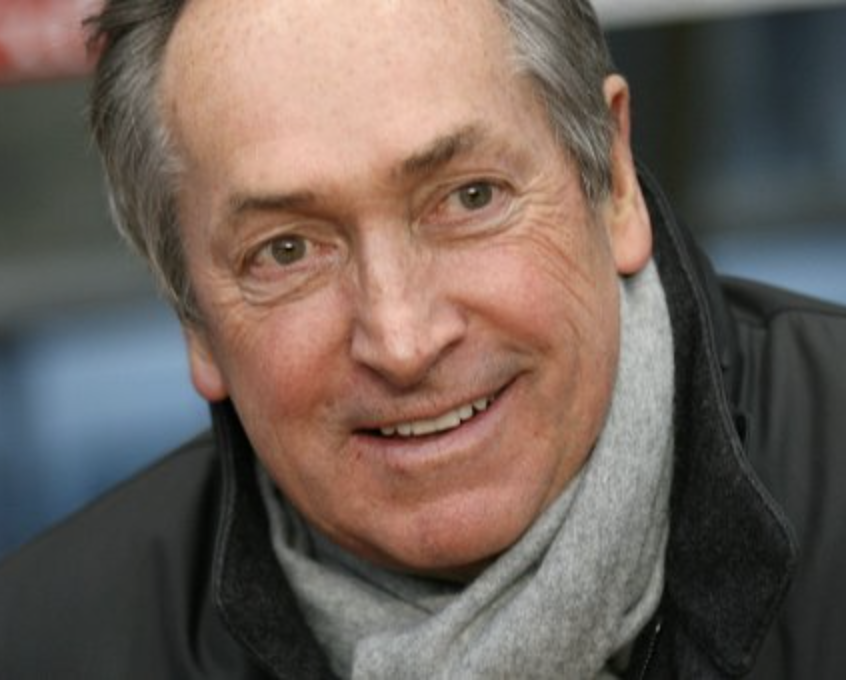