Patrick Barclay, our former Chairman, knew Gerard Houllier better and for longer than most of us, and here is his heartfelt and eloquent appreciation of his friend;


The word ‘’bonhomie’’ might have been invented for Gerard Houllier. Friendly almost to a fault, he was rare among football men in sharing himself with equal generosity between his beloved coaching fraternity – no photograph of a FIFA or UEFA seminar was ever complete without his smiling face – and the game’s media followers.

Away from football, he even shared the rest of his life with a journalist: his elegant and lovely wife Isabelle, whose attempts to acquire an interest in the passion that consumed too many of his hours were never wholly convincing.

During the 1998 World Cup, the United Kingdom ambassador in Paris hosted a reception in the garden of his fine residence and Isabelle, while waiting for Gerard to arrive from a meeting at the French squad’s headquarters, found herself amid a mixture of great-and-good and press, none of the latter wishing to be indelicate enough to ask, on such an occasion, the question on everyone’s mind. ‘’Well,’’ someone else blurted, ‘’is your husband going to take the Liverpool job?’’

Isabelle broke the embarrassed silence with a sweet smile. ‘’Oh, Gerard,’’ she said, ‘’he never tells me anything about his work.’’ 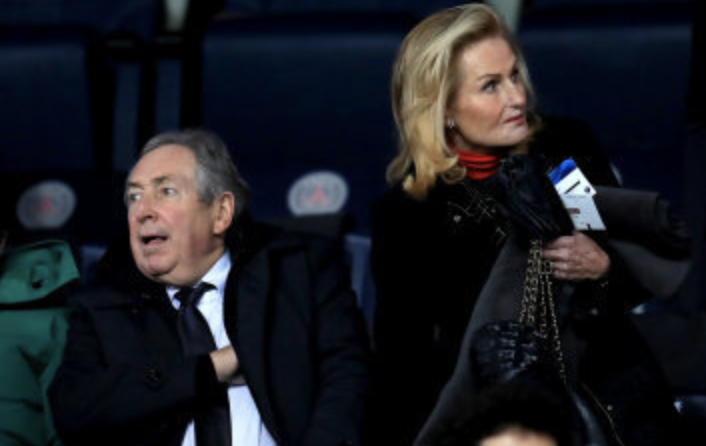 It was part diplomacy, and part truth. And yet Isabelle, her own work permitting, was usually there to help Gerard offer hospitality to his friends in the football media; an indication of how many we numbered is that, in the hour after his death became public, I made or took more than a dozen calls.

An example of the affection he inspired was a text message Gerard received from Phil McNulty, the BBC’s chief online football writer, shortly after Liverpool had so dramatically won the Champions League in Istanbul in 2005 under the management of Rafa Benitez, who had replaced Houllier after it seemed the Frenchman’s powers had been diminished by a brush with death (caused by a ruptured aorta). After celebrating Liverpool’s victory over Milan on penalties, Houllier glanced at his phone and grinned at what McNulty had sensitively taken time out to write: ‘’See all those crap players you bought have become European champions!’’

Like all managers, Houllier suffered criticism and, like most of them, he could brandish questionable statistics in his defence. As if completing a hat-trick of cups in his most memorable Liverpool season – 2000/01, when the UEFA Cup was added to the domestic double – were not enough, he would always throw in the Charity Shield and European Super Cup as well. You could have a laugh with him about most things, but possibly not that.

We met a couple of years after, having guided Lens from the second division in Europe and Paris-St Germain to their first league title, he had begun work on the restructuring of French football that was to culminate in World Cup triumph in the summer of the ambassador’s garden party. Houllier, who spoke perfect English – he had taught in Liverpool for a year in his early twenties – was guesting for the English press team on the morning of a full international somewhere or other. As I recall he lined up in central defence along a mate he’d brought along, a tall guy called Arsene Wenger.

When Wenger was appointed manager of Arsenal, I naturally rang Houllier to ask what to expect. ‘’He’s a great coach and a great lad,’’ came the reply, ‘’but why don’t you ring him to get a better idea?’’ Upon which he gave me a number in Japan, where Wenger was completing his contracted span with Grampus 8 of Nagoya, and a most fascinating exclusive interview ensued. 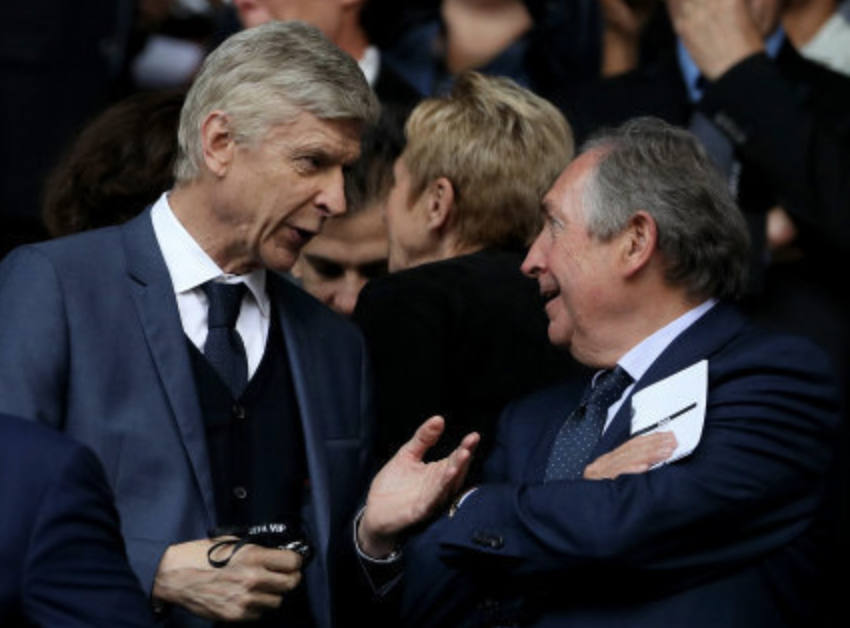 That was typical of Houllier’s anxiety to help anyone he trusted. Once my friend Colin Malam reached a career milestone with the Sunday Telegraph, whose sports editor, Jon Ryan, knowing Colin was a Liverpool fan and that I got on well with Houllier, asked if some sort of congratulatory message could be arranged; Houllier did better, inviting Colin to bring all of us to what proved a memorable lunch with him in the Anfield boardroom.

Lunch after Houllier’s near-death experience fell into a pattern: while the rest of us tucked in to cassoulet or some such calorific classic, he appeared to watch his waistline, ordering salad and asking that it be dressed without too much oil. And then, as we sat back replete and loosened our belts, he’d ask for pudding with cream.

One lunch was designed to show off his pride and joy, a Melwood – Liverpool’s training ground – that he had completely redesigned to see the club into the new age of English football.

Among the many features was a restaurant where he let me eat with the players. One was very young – lean, almost gawky - and seemed shy as he shook hands. As we sat down I asked Houllier to remind me of the boy’s name. ‘’Steven Gerrard,’’ he said. ‘’I’ve brought him into the first-team group because he’s going to be a great player.’’ Houllier puffed out his cheeks and exhaled, as he always did for emphasis.

It was a joy to share his relish for football and for life (though they usually overlapped) and, as is customary, the legacy is the survivor’s wish for more. Houllier always offered a spare room at his house near the Roland Garros tennis stadium in Paris and much though I enjoyed evenings there, watching football on one of several wide screens, it is always difficult to know whether one is taking advantage of a friend’s generosity. He was a true friend, to the FWA and to so many of its members.

Let the tributes elsewhere do justice to his work, which will be forever etched in the annals of clubs either side of the Channel and the French national team; we shall remember Gerard Houllier as a football man to whom we were part of football.