Tributes have been flowing for James Lawton, a giant of journalism, who has passed away suddenly at the age of 75.

Jim was one of the finest sportswriters of this or any other generation, and his passing brought tributes from around the world, not just from friends and former colleagues on the Express, Independent and many other newspapers whose pages were graced by his writing. Many younger journalists spoke warmly of the help he provided in their early days, and of course many recounted their favourite Jim Lawton story.

Jeff Powell broke the sad news on Twitter and the tributes followed.

“Very sad to have to report that the great James Lawton has died suddenly today at his retirement haven in Italy. Great sports writer, great friend, great companion on the road. Funeral arrangements to come. RIP Jim,” wrote his close friend Powell.

Another friend and colleague for around a half a century was Steve Curry, who wrote: “The great Jim Lawton left us suddenly today. In the top five sports writers of my generation. We were neighbours, colleagues on the Express and great buddies. I would drive him to work and we’d stop every day at a wine bar in Battersea. We drank a bottle of champagne served by a Sloan ranger who was fascinated by Jim’s wit and command of the language. His writing style was so unique he didn’t need a by line. Bon viveur, gourmet, lover of fine wine, lover of life. What a colossus, what a man. An intimate friend.”

Paul McCarthy, FWA Executive Secretary, wrote: “More desperate news. So many great memories of working alongside Jim and on many nights out. One of the giants of our trade and a beautiful writer. It worked Jim, every time. I’ll always remember a line from Jim Lawton’s final Express column as he reflected on a career spent following the greatest sports events from around the globe. “The coffee pot’s half full, the ashtray overflowing...” Before a wonderful reminiscence of his role.”

John Dillon tweeted: “Jim Lawton....you taught me so much and inspired me even more...and in return I kept you up all night RIP.”

Nick Harris added: “I sat with Jim Lawton in cabs when he dictated to a copy taker, off the cuff, 2,000 words on a major story that had just happened. Passionate, articulate, persuasive, word-perfect, crafted. Just like that. Then he'd turn and ask: 'Do you think that was ok?"

Matt Lawton recalled: “Lot of the guys sharing their Jim Lawton stories here in Paris. My favourite: getting a call from Sean Connery on day of 2006 WC final in Berlin to tell him how much he’d enjoyed his coverage. A pat on the back from James Bond takes some beating.”

Des Kelly: “Grim news; the wonderful sports writer Jim Lawton has passed away. He was not only a gifted wordsmith, but he had the ability to deliver his perfectly crafted prose at breakneck speed. This made him the best. Proud to work with him. Jim was a true great.”

Dave Kidd: “Jim Lawton used to check in to a hotel, pay a month’s worth of smoking fines up front and then write everybody else under the table. I admired the hell out of him. RIP Jim.”

Owen Slot: “Jim Lawton, one of the best ever to fill our back pages. Envied how much he lived the story. A generous friend to young pups who just wanted to learn and be near him at the bar.”

David Conn: “So very sad to hear of Jim Lawton passing away. A brilliant writer & charming man, got to the heart of every subject & the soul of football. And although a giant himself, very kind and encouraging to younger journalists, meant so much to me when I started at the Independent. RIP.”

Sam Wallace said: “Farewell to Jim Lawton, a great colleague and a kind man. Never better than when dissecting an England tournament disaster -especially in 2006, the likely outcome of which he had long warned.”

Neil Harman added: “Another master of the sports writing industry has passed with the death today of the wonderful James Lawton. A giant of his trade, terrific raconteur, brilliant wordsmith, great supporter, ally and friend. My God he wrote beautifully especially when the Daily Express was a paper of high repute. Jim absolutely shone. Another terrible loss.”

Paul Kelso tweeted: “First met Jim at the Recreation Ground, Antigua, ‘97. I was green as the pitch & he welcomed me with a great (oft told) Viv Richards story. Jim in a nutshell: encouraging & great company. He liked the right sports, had the right heroes and was, above all, brilliant. Not only did Jim Lawton tell me the Viv Richards story, he introduced me to Viv Richards as they buried the hatchet by way of an interview. I’d been there 10 minutes & met two of my heroes.”

Martin Lipton: “Sad, sad news. One of the greats. Spent many a night in his company. All of them to be treasured. RIP Jim.”

Janine Self: “Really sad news about Jim Lawton. A proper gent, absolutely no ego, great company in press box or restaurant and what a writer."

Donald McRae wrote: “Jim Lawton....a great sportswriter, especially when it came to football and boxing, and a kind, amusing man who loved to share a good glass or two.”

Steve Nolan: “Privileged to have worked with him at the Daily Express. His catchphrase of ‘I think it works’ came after he submitted his Monday Verdict on the weekend’s major action which usually set the sporting agenda for the rest of the week. A genuine guy.”

John Rawling added: “Jim Lawton was a brilliant tourist and a fine writer. Some add very little, but Jim was always essential reading. I am so pleased to have known him, shared time with him and to have watched a tremendous journalist in action. Every word in tribute is well merited.”

Mike Parry said: “So very sorry to hear of the death of Jim Lawton. He was a fellow Chester boy who conquered the world of sports reporting, using words like a needle and thread .. majestic company in any arena .. a golf-course, World Cup, Madison Square Garden .. an English country pub.”

John Etheridge: “Jim Lawton dipped into cricket sometimes, most memorably in Antigua in 1990. Viv Richards berated him furiously in the press box when the West Indies captain should have been on the field, leading his team. First spoke to Jim 40 years ago - wordsmith, kind, lovely company, a gent.”

David Bond: “Very sorry to hear that James Lawton has passed away. An elegant master of his craft. No matter how junior you were, he always had time to talk and share his insight.”

Glenn Moore recalled: “I persuaded Jim to get public transport, tube and bus, to 2001 Champions League final on a broiling hot day in Milan. But the buses weren't running so we had to walk about two miles with our bags. As we arrived, bathed in sweat, Jeff Powell stepped out of a cab, ice-cool. Jeff smiled and said something like, 'hello chaps, been for a yomp?'. Jim looked as if he would willingly execute me. The journey back, in a ferociously quick car Nick Townsend had flagged down at 2am, was another tale. It was the last time I got Jim on to a tube to a game.”

Mike Rowbotham said: “Did something similar with poor Jim at London 2012. Boldly led him on about a half mile walk through crowds to reach the rowing venue press sub-centre when we could - and should - have taken a short cut bus-ride the other way. Of course, he was lovely about it.”

Mark Staniforth tweeted: "I recall erroneously steering the late, great Jim Lawton to a press conference halfway up a mountain during the 2010 Winter Olympics - a trip requiring a dangly cable car and a treacherous skate over sheet ice. fter a voyage of simply epic proportions, I had to break the news to Jim that I had mis-read the email, and the press conference was actually right back down in the centre of Whistler, from whence we had just come. 'Mark - are you trying to kill me, Mark?!' wheezed Jim, fag in one hand, clutching my arm with his other, as we careered our way back down the mountain. I always considered it a minor miracle that we made it intact. A recalibrating drink and approx 10 more fags were required upon our arrival back on terra firma. Farewell Jim, simply the nicest and most brilliant sports journalist I've ever met. Hope there's no cable cars up there.”

Roy Curtis: “I don't cry too often. But, the death of a hero. Jim Lawton, Fleet Street's finest bard. A gentleman and a genius. Wordsmith supreme. No more poems from Arcadia. Rest easy, my friend. The lyrical dance ebbs.”

Jim's daughter Vicky tweeted: "Touched by the tributes to my father tonight. A kind, insightful, talented and hardworking Dad. Proud of him and grateful." 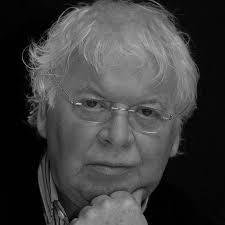