JORDAN HENDERSON – Footballer of the Year

The Football Writers’ Association are delighted to announce that Jordan Henderson is the Footballer of the Year for 2019-20.

The Liverpool captain saw off stiff opposition from Manchester City’s Kevin De Bruyne and Manchester United’s Marcus Rashford as well as team-mates, Virgil Van Dijk and Sadio Mane to claim the honour, the oldest individual award in the world.

Two other Liverpool players - Trent Alexander-Arnold and Alisson Becker - also received votes as the Premier League champions dominated the voting but it was Henderson who was a convincing winner, landing more than a quarter of the votes.

He said: “I’d like to say how appreciative I am of the support of those who voted for me and the Football Writers’ Association in general. You only have to look at the past winners of it, a number of whom I’ve been blessed to play with here at Liverpool, like Stevie (Gerrard), Luis (Suarez) and Mo (Salah) to know how prestigious it is.

“But as grateful as I am I don’t feel like I can accept this on my own. I don’t feel like anything I’ve achieved this season or in fact during my whole career has been done on my own. I owe a lot to so many different people – but none more so than my current teammates – who have just been incredible and deserve this every bit as much as I do.

“We’ve only achieved what we’ve achieved because every single member of our squad has been brilliant. And not just in matches. Not just in producing the moments that make the headlines and the back pages but every day in training.

“The players who’ve started the most games for us this season have been as good as they have been because of our culture and our environment at Melwood. No one individual is responsible for that – it’s a collective effort and that’s how I view accepting this honour.

“I accept it on behalf of this whole squad, because without them I’m not in a position to be receiving this honour. These lads have made me a better player – a better leader and a better person.

“If anything I hope those who voted for me did so partly to recognise the entire team’s contribution.

"Individual awards are nice and they are special and I will cherish this one. But an individual award without the collective achievement wouldn’t mean anywhere as much to me – if anything at all.”

FWA chair, Carrie Brown, said: “Leadership is intangible and often unquantifiable unless it is inarguable. Jordan Henderson is both the ultimate professional and now a bona fide Liverpool legend.

“Jordan is a player his team-mates look to on the pitch and who his rivals look up to off it. The voting criteria for the Football Writers’ Association Footballer of the Year is one who leads by precept and example and in this country’s darkest moment, Jordan, unprompted, personally rallied club captains to establish #PlayersTogether.

“Millions of pounds have been raised for the NHS and significantly #PlayersTogether is now an established collective power base for players to engage in campaigns, none more so evident in the ongoing and powerful anti-racism #BlackLivesMatter campaign. He is a truly worthy winner of our award.”

Gareth Southgate, England manager, added his own tribute to Henderson: "Jordan’s the epitome of selfless commitment to the team and so it’s extra special that he is being personally recognised for the way he’s played, led his club and role modelled off the field to help wider society. I’m delighted for him and his family."

The Footballer of the Year trophy has been awarded since 1948 when Sir Stanley Matthews was its first recipient. 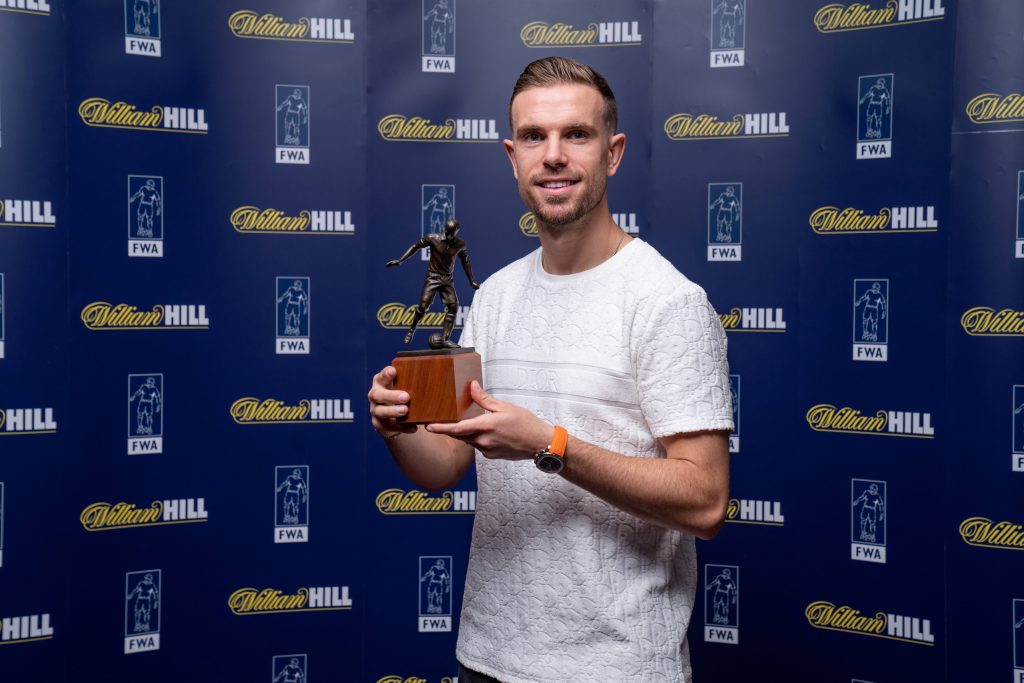 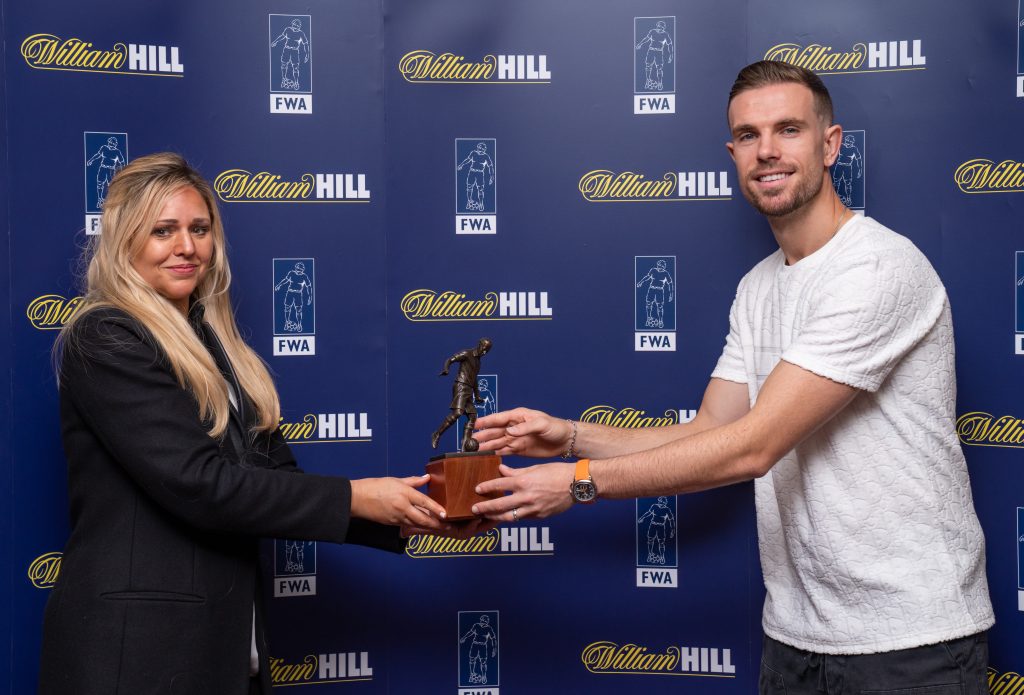 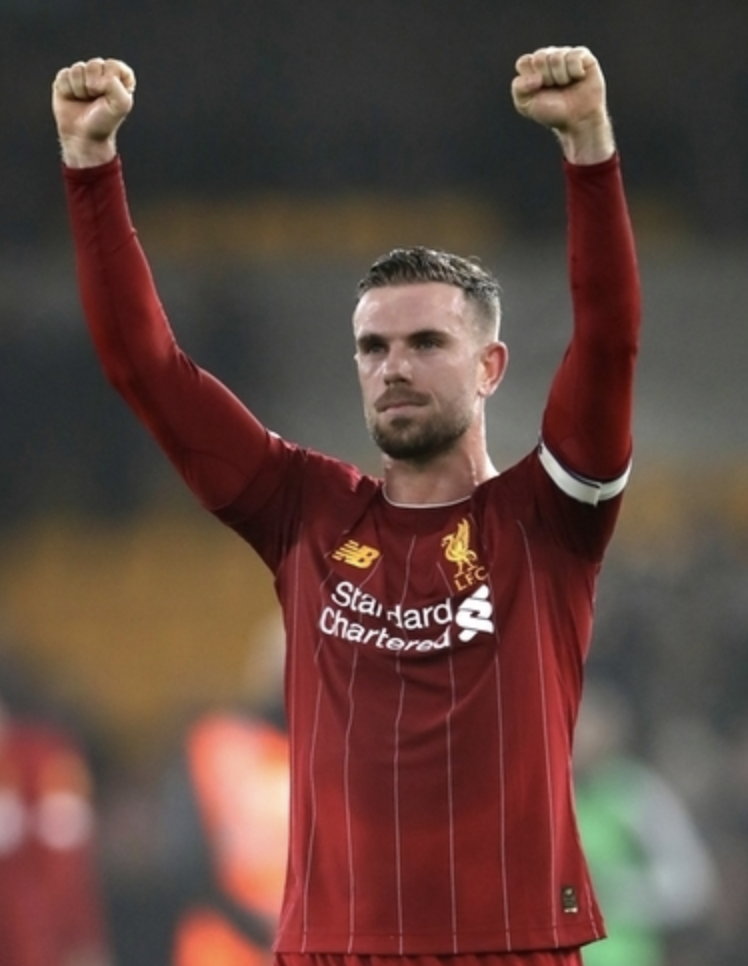 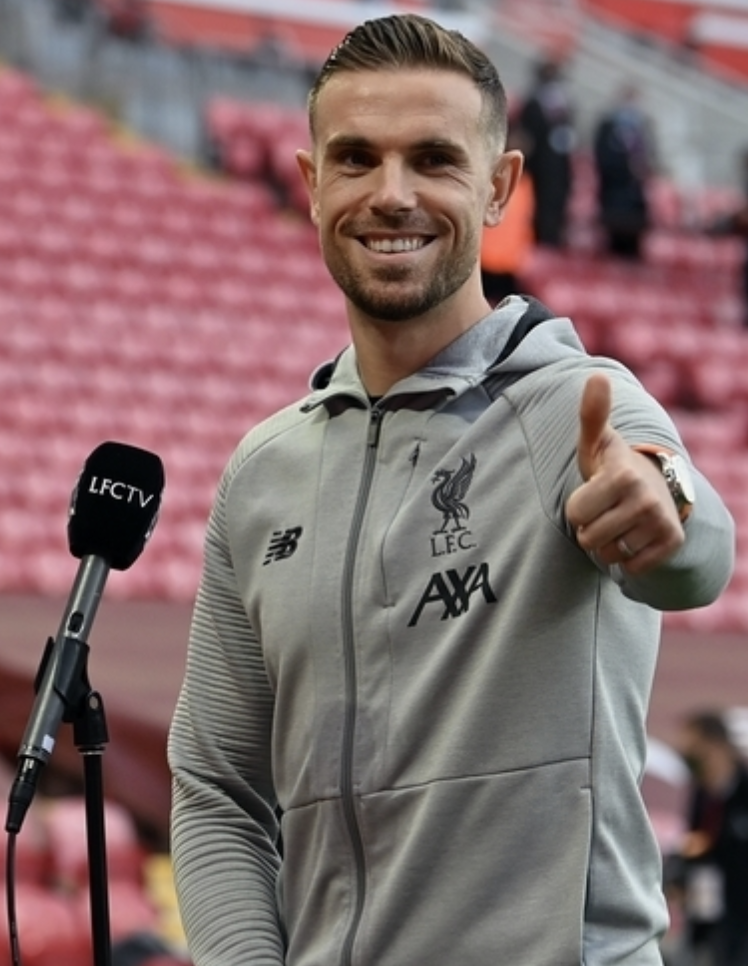 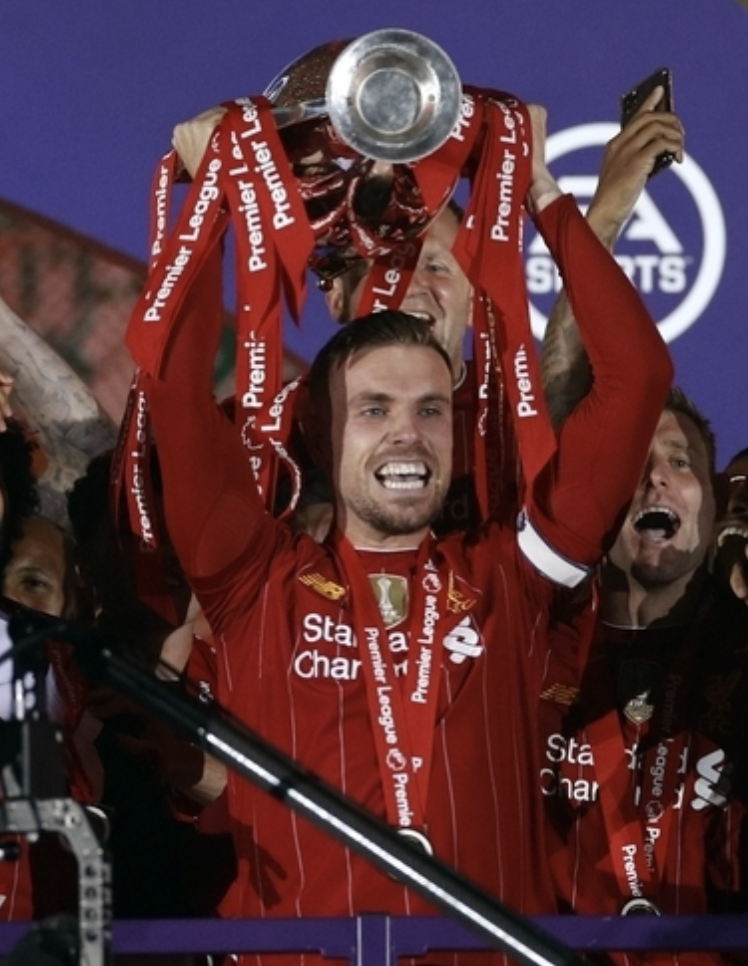 2 thoughts on “JORDAN HENDERSON – Footballer of the Year”