The FWA is saddened to learn that Martin Leach, a stalwart of the News of the World in the North West for many years, has passed away.  Martin was a friend, colleague and even mentor for many of our members, and below is a wonderful tribute written by his son Matt.

Martin Leach, my father, friend, and national newspaper journalist for over 30 years, sadly passed away on September 3.

As a boy, I used to lie in bed listening to the sounds of his typewriter clacking away downstairs and my dad's rich, warm tones ask various football players or managers on the other end of the phone, 'What's news?', 'How's the injury?', 'Will you have time for lunch and a catch-up next week?'

He always had a great knack of putting people at ease and getting them to talk. This was the early Eighties when he was covering Liverpool and Everton and writing the Mersey column for the News of the World.

Occasionally he took me on his rounds. Imagine a football-mad lad of 12 sitting there as his father casually chatted over lunch with former Everton, Liverpool and England midfielder Steve McMahon. That was followed by a meeting with legendary Everton manager Howard Kendall in his office and, to top it off, a kickabout on the Toffees' Bellefield training pitch. What a day! My dad was always a larger-than-life character, and hero in my eyes, but, as you can imagine after that, this adulation was taken to new levels.

After serving in the RAF, a young Martin started his journalism career on the local Salisbury paper, before going to Stoke, then down to London where he worked for the Daily Sketch (which folded in 1971 - although it was nothing to do with my dad apparently) and Reg Hayter's agency.

From there, the ambitious young thruster joined the Sheffield Morning Telegraph, before breaking into the nationals working for the Daily Mail for a couple of years.

Former colleague and friend Dino Allsop said: ''What I remember about Martin was how thorough and meticulous he was. He used to keep records of teams' results throughout the season with the tiniest writing.

"He was so on top of everything and that was why he had the admiration and respect of people in the game. He had a genuine love of football, cricket, all sports really - and an encyclopaedic knowledge of boxing.

"There were three writer/subs at the Sheffield Morning Telegraph, myself, Martin and Bill Thornton. And within a year we had all moved to the Mail.

"But Martin wasn't just a beautiful writer but also a great sub, he had a sharp eye for detail, there was never any sloppiness about his work. He never took shortcuts.

"Sometimes I'd see my match report had been slightly tweaked and check who it was and it was Martin and, invariably, he would be bang on.

"But he wrote and talked a better game than he played. We'd sometimes come over and have football matches against Hope Hospital or whoever and he'd stand there and in his Southern accent, which we'd take the mickey out of, shout: 'Allsopo, is there any chance of you passing me the ball today you typical greedy Italian inside forward?' And I would reply in my exaggerated Italian accent: 'What is the point Martino, when you are only going to lose the ball?'

"But whatever the sport, the game had to be played the right way. He was a purist and didn't like the hackers. I was talking to him about the recent Euros and he said: 'Allsopo, I just can't understand the hype about England. They have all these ball players, yet they play with two holding midfielders. They are too cautious.'

"He had a wonderful respect from his fellow journalists and people within the game because he was highly principled. If you had to ask the hard question in a press conference, he would ask it. If someone like Fergie didn't like it, tough! Players or managers wouldn't like it at the time but they would go away and have a grudging respect for Martin because he had the guts to ask what needed to be asked.

"He never allowed his standards to drop, you could trust him, he would never betray anyone and had a lovely soft sense of humour. But above all he was a great pal."

He spent 25 years at the News of the World, where he became 'Chief Northern Football Writer'. Paul Hetherington, my dad’s News of the World colleague in Manchester from 1988 to 1994, said: “Martin and I immediately hit it off when we teamed up on my arrival from the north east.

“He was more than a colleague - he became a friend, too. We worked hard and played hard - and that was probably my fault, as I liked to discuss the job over a pint or two in true journalistic style!

“Sports Editor Bill Bateson once asked me: ‘What have you done to Martin? He seems to have changed since you arrived in Manchester. But I’m not complaining, because the pair of you are working well together.’

“We did gel and I always had great respect for Martin’s diligence and principles. When he left the NoW, press boxes in the north west were never the same without him.”

He was sent to the 1990 World Cup to report on Jack Charlton's Republic of Ireland, enjoyed the glitz and glamour of world championship boxing in Las Vegas (Riddick Bowe versus Evander Holyfield in 1992), had the odd run-in with Sir Alex Ferguson (as all self-respecting journalists should) and ghosted former Everton and Wales skipper Kevin Ratcliffe's autobiography. I remember the neighbourhood children, who were kicking a ball about outside our house, were flabbergasted when ‘Rats’ turned up one day to talk to dad about his book.

John Richardson, who worked for News of the World’s sister paper The Sun, said: "Sad to hear of the passing of Martin. He was always prepared to pass on any advice or help if you needed it.

“The Sun and News of the World sports desks were in adjoining rooms in 111 Piccadilly. It was a tradition as Peter Fitton and I went home on a Thursday or Friday evening to bang on the window shouting 'wakey, wakey it’s almost time for you to work'. Martin always took it in good heart and would smile back and then get his own back on the Sunday with a great exclusive or insightful interview.

"Sorry to say we’re losing too many of a fantastic generation of sports journos."

After leaving the News of the World he went freelance, still doing football matches at the weekend but also writing about Manchester Storm and the ice hockey Super League, which was growing in popularity.

When he finally laid down his pen, he became very active at Romiley cricket club where he coached every age group from Under-11s to the first team.

He loved coaching and the players loved him right back, spending hours at the club offering advice on technique and throwing down practice balls to players long after the session was supposed to have finished.

A big fan of jazz, he also enjoyed travelling with his beloved wife Sheila and family - visiting the US, Canada, Brazil, Argentina, Portugal, Tenerife - and to read, not just sports books which he had a lot of, but also, heavy, intellectual literature.

He was, by all accounts, a talented journalist but more importantly he was a fantastic husband and father and will be sorely missed by his wife Sheila and children Joanne, Matthew, Daniel and four grandchildren. 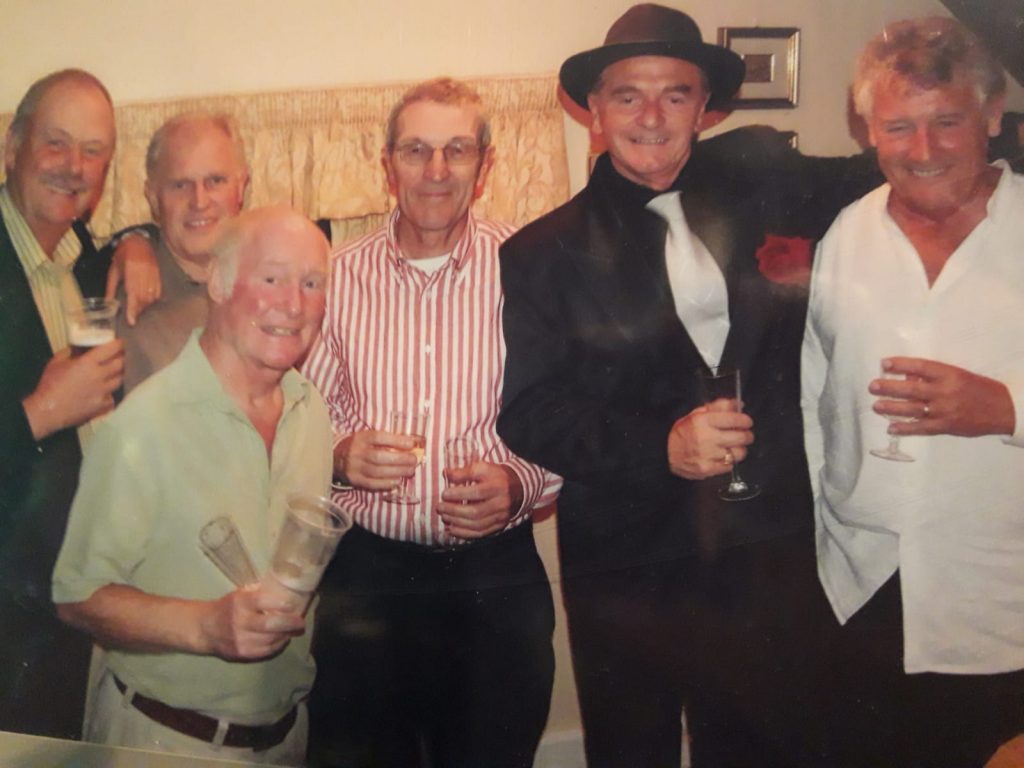