Tributes have been flowing for Steve Curry, our friend, colleague and former FWA Chairman, who has passed away after a short illness at the age of 76:


Norman Giller, his former Express colleague and friend, tweeted: “Reeling from news of Steve Curry’s passing. We were close colleagues at the Express. One of the best contacts men in the football reporting business and a great raconteur. We were together recently and I jokingly mocked him for being overweight. A good man.”

Paul McCarthy, former FWA Chairman and Express football correspondent, said: “Desperately saddened to hear of the passing of Steve Curry. To spend time in his company was to live life to the fullest but also to know what it meant to be a ferociously combative reporter of the highest order. No night was complete until there had been another rendering of ‘Little Old Wine Drinker, Me’ or the re-telling of one of the great jokes ‘the flowers in your garden...’

“To those who travelled the globe with Steve, he was hard-bitten but magnificent fun. To those of us who learnt from him, his life was measured in trust, contacts and great stories. After that, the enjoyment could begin. Cantankerous, argumentative and obstreperous - he could be all those things. But he was extremely loyal and a trusted companion who loved the rough and tumble of getting a story but never let it get in the way of friendship. He will be missed. His generation of reporters lived the greatest of lives and they were genuinely grateful for everything the job gave them. RIP Steve.”

Steve Bates, another former FWA Chairman, colleague and friend tweeted: “Very sad to hear news that Steve Curry passed away earlier today One of the big characters in Fleet Street's hey-day and beyond, always good company and a wonderful raconteur. Condolences to wife Carol and son Mike. RIP.”

Mike Parry, former Express sports editor added: “I am absolutely shocked to learn of the death of Daily Express legend Steve Curry. When I was a young reporter on the Express Steve was forever helpful and supportive. Terrific professional and all round bloody good guy and my sincerest condolences to all of his family.”

John Cross: "RIP Steve Curry. Always nice to me when I first came into the business all those years ago. Fleet Street legend with a devilish smile and a great sense of humour.”

Gerry Cox, former Chairman of the FWA: “Very sad news. I grew up reading Steve Curry and the other great sports reporters from the Express in its heyday, and got to know him later as a friend and a colleague. A sad loss. Our prayers and thoughts are with his family and friends.”

“So sad to hear of the passing of Steve Curry. A guiding light to me for years. Even a triple by-pass years ago didn't deter him. One of the best in the business, and also one of the nicest, a very rare combination today. Always supportive of me, a wonderful person.” John Ley, FWA membership secretary and former Telegraph colleague.

“Another great sports journalist has gone. Steve Curry was a blisteringly sharp reporter for the Daily Express and a colleague I always looked forward to meeting on the many trips we conducted round the world writing about the sport we loved. RIP, Steve.” Matt Driscoll

“Desperately sad news. A true legend of sports journalism and a great supporter of Weybridge Cricket Club. Was with him on Sunday in fine spirits and looking forward to his holiday. RIP Steve, you’ll be missed.” Oliver Slipper, founder Perform Group.

“Very sad news. I enjoyed an impromptu pint with Steve, Jim Mossop and Andy Dunn ahead of this year’s FWA. He was in fine form, extolling his views as in his own indomitable way. A formidable Fleet Street writer, great debater and marvellous company.  Steve will be greatly missed. Sincere condolences to Carol and all of Steve’s family. RIP.” Adrian Bevington, former FA executive 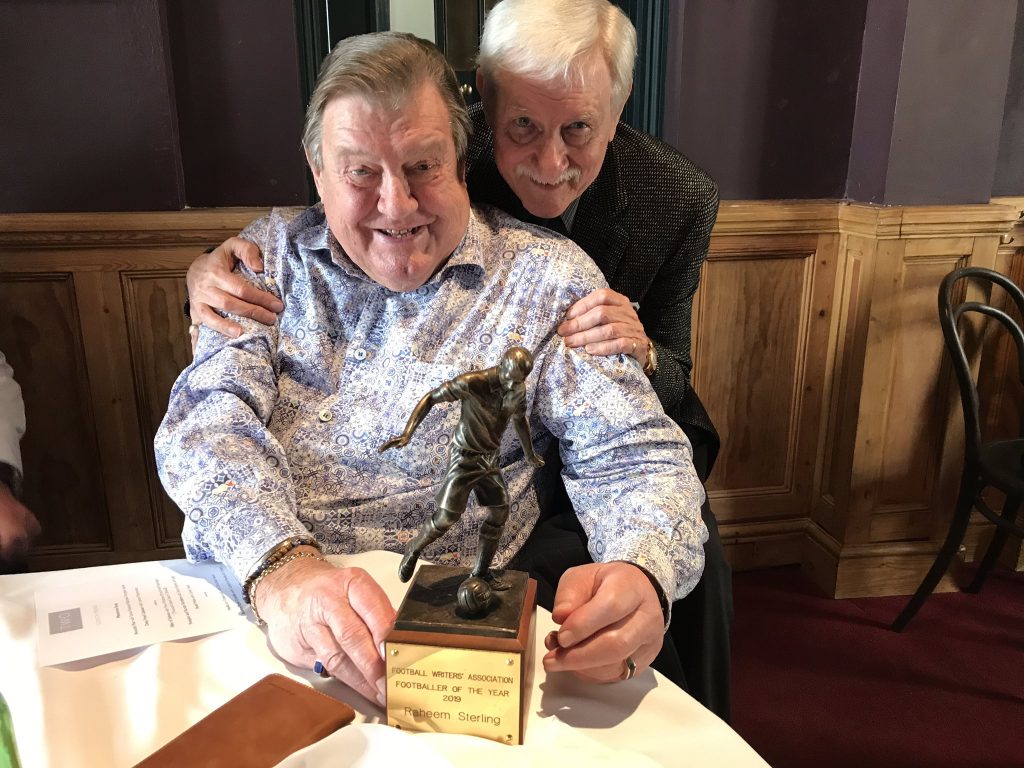