From a trio of Dutchmen in Rinus Michels, Louis van Gaal and Guus Hiddink, to the Scots Andy Roxburgh and Craig Brown, to England’s Roy Hodgson and Howard Wilkinson, the list of teachers turned football coaches is long and illustrious. Indeed, the highly-regarded Cowley brothers, Danny and Nicky, of Lincoln City are football’s latest alumni of the education sector.

Jamie Vermiglio, however, is a teacher-manager with a difference. The majority of the aforementioned were PE teachers, Vermiglio is a headmaster. The 36-year-old combines running Locking Stumps primary school in Birchwood, Warrington, with managing Vanarama National League North front-runners Chorley.

The Magpies have had an extraordinary start to the season, 15 matches unbeaten taking them five points clear with a game in hand and, after a 3-2 win from 2-0 down against Vanarama National League Barrow on Saturday, into the FA Cup first round.

Chorley, a Lancashire town squeezed between the established clubs of Manchester, Preston and Blackburn, briefly reached the Conference (now Vanarama National League) in 1988 but survived only two years. By 2007 the Magpies had dropped to the eighth tier, Northern Premier League Division One North. The club has steadily risen since, despite a financial crisis in 2011 after two officials were jailed for stealing £70,000.

Garry Flitcroft, the former Blackburn Rovers midfielder, led the club back to the National League North.  Both he and his successor, another noted Rover, Matt Jansen, reached the promotion play-off final, but that final step was elusive.

Jansen left in the summer and some raised eyebrows when Vermiglio was entrusted with the job. A midfielder who spent nine years at the club in two spells before moving onto the coaching staff in 2014 Vermaglio was steeped in Chorley, but it was still a bold move.

It has paid off spectacularly. Vermiglio has retained the bulk of the players but adopted a more attacking style. “We’ve kept the heart of the formation the same but have changed the set-up and get more crosses in and shots on goal,” he said.

Should Chorley maintain their form which, said Vermaglio, will depend on “being consistently up for it, not taking our foot of the gas, even if it’s been a tough week at work”, he may have a tough decision to make.

As the reference to a ‘tough week at work’ intimates, Chorley are part-time. The majority of the Vanarama National League are full-time but Vermaglio, whose school has a Good rating from Ofsted, has no intention of quitting teaching. “It is my career. It’s stable and I have a mortgage. That’s the priority,” he said. The similarities between the roles are most notable, he said, in terms of leadership and preparation.

Vermaglio also has two young children of his own. The juggling act works due to having ‘good people around me’, be that ‘a wife who does everything’ or supportive staff at school and football. “I’ve been involved at Chorley a long time and I want what is best for the club,” he added. “It is difficult to compete at that level part-time.” One possibility is he stays part-time while other staff go full-time. First, however, Chorley have to keep their feet on the gas win promotion.

For more on Chorley FC go to http://www.chorleyfc.com/ 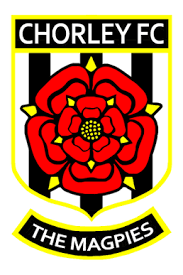