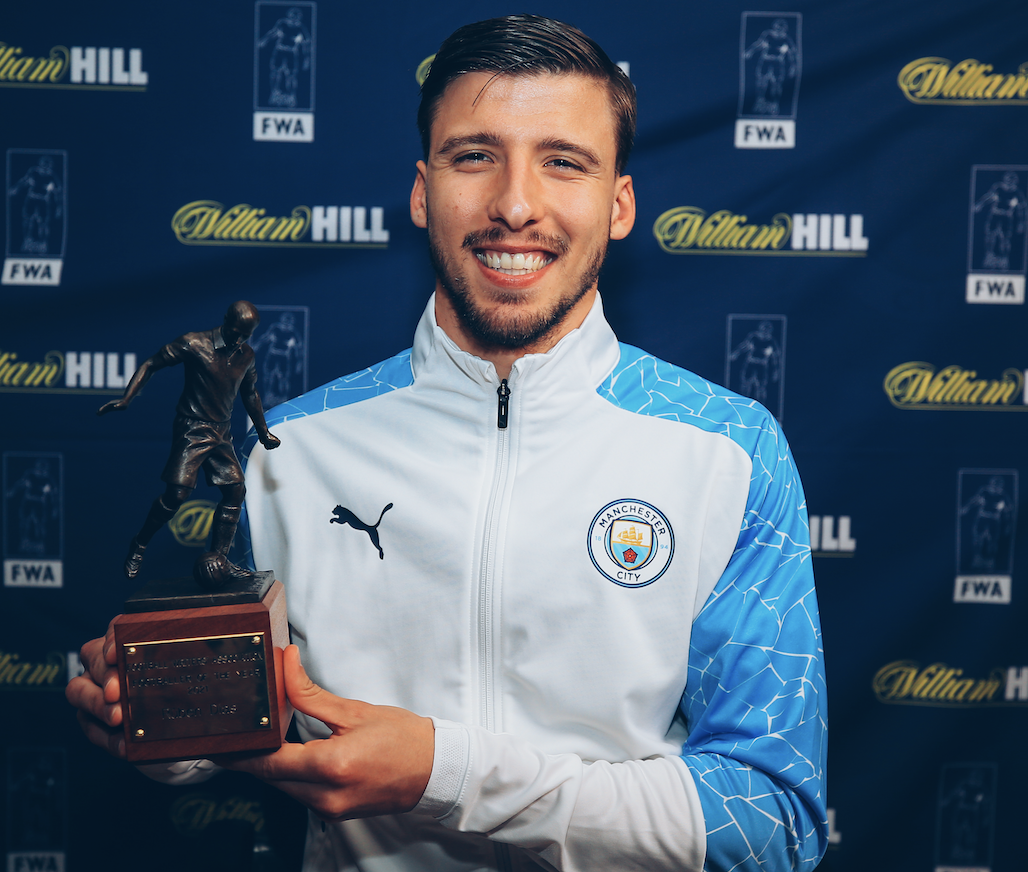 The Football Writers’ Association is delighted to announce that Ruben Dias has been voted Footballer of the Year 2021, the first defender to win the award since Steve Nicol in 1989.

The Manchester City centre-back was a comfortable winner ahead of Tottenham’s Harry Kane and City team-mate, Kevin De Bruyne. Overall nine City players received votes which accounted for over 50 per cent of the total votes cast.

He said: “It’s a huge privilege. I’m very, very happy. Obviously I could not have done it without the success of the team. I think me receiving this prize is the major example of our team, of how our team works the way, the way we build our game.

I think it reflects all the togetherness, we have in the pitch, and essentially that – how we perform and the spirit that is in the team and with this team, with these players.For me to be receiving this award, I think it means just that, how we play like a family.”

FWA chair Carrie Brown said: “Ruben Dias turned heads soon after his arrival in Manchester, a 23- year-old belying his age with fortitude, steel, a relentless drive for perfection and an almost superhuman ability to read and anticipate phases of play.

“This, while commendable, would not alone qualify a player to win the FWA Footballer of the Year award. One of our founding members, Charles Buchan, prescribed the award to recognise and celebrate a player who ‘by precept and example’ is considered to be the footballer of the year.

“Pep Guardiola improves players, shapes them but at no point, has a new signing arrived into one of Pep’s already trophy-laden teams and exerted such influence.

“Dias has demanded the highest standards which have resulted in the swiftest of upturns in fortune not solely for Dias himself, but team-mates to his left, right, front and centre.

“Ruben Dias is our Football Writers’ Association Footballer of the Year for his leadership on and off the pitch as much as for the infectious joy he derives from executing the art of defending to perfection.

“I wonder if it is quite poignant that, in a time when so many find their backs against the wall, there is heart to be taken from the joy Dias exudes in standing firm and quelling the storm.

“Perhaps, in this of all seasons, Dias is the leader we all need.” 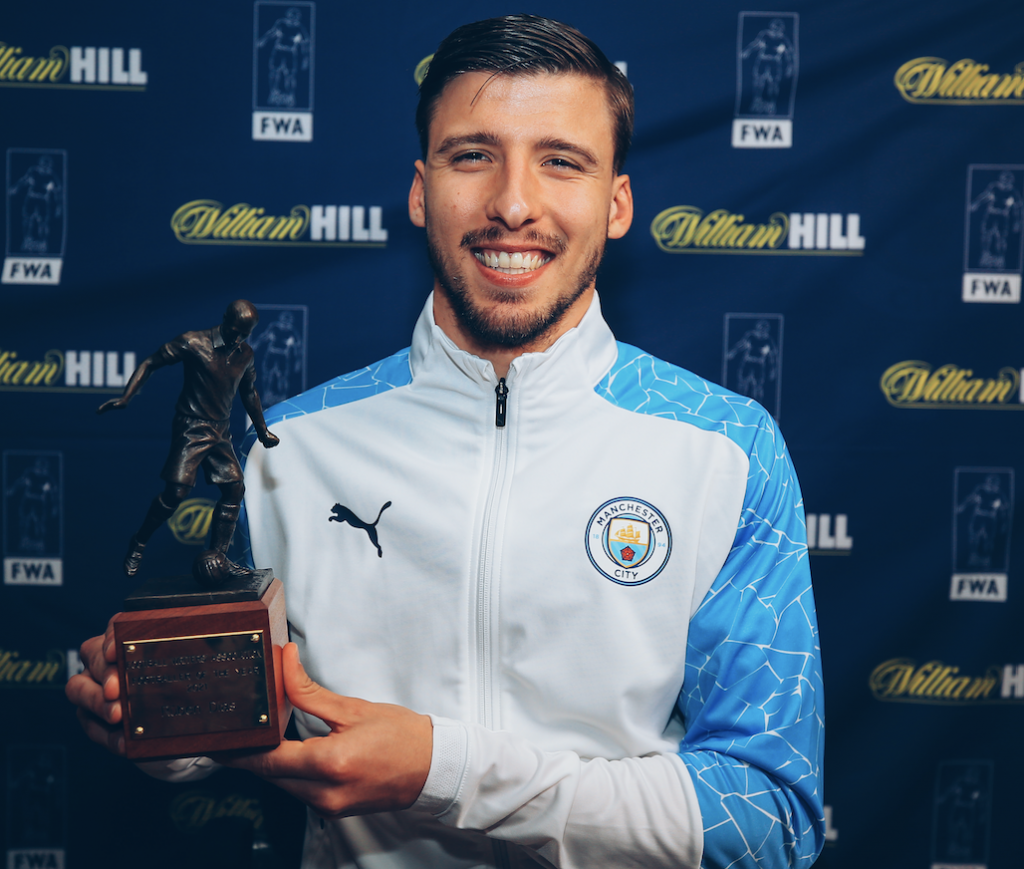