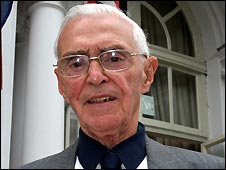 Tributes have been pouring in after the passing of Albert Sewell MBE, who died aged 90 earlier this week. Albert was a life member of the FWA, the first employee and then director of Hayters sports agency and long-time editor of Chelsea’s club programme. He was also the BBC’s football statistics expert from 1968 until his retirement in 2005, often referred to by Match of the Day host Des Lynam as ‘Our Albert’.

Albert was a prolific author of football books, especially on Chelsea, whom he worked closely with for many years. It was Albert who reinvented the matchday programme to the format we know today, when he persuaded Chelsea to replace an advertising-led publication to a newsy, features-based magazine. Other clubs followed suit and the modern programme was born. https://gameofthepeople.com/2018/06/27/farewell-albert-sewell-the-man-who-invented-the-classic-programme/

Albert was born in Leytonstone, east London in 1927 and grew up supporting Chelsea. After National Service he started in Fleet Street at 16 with the Daily Sketch and began as Chelsea’s programme editor in 1949. He later became the first employee when Reg Hayter started his eponymous agency in 1954 and went on to mentor many budding sports journalists who developed into leading football writers, broadcasters and statisticians. For many years Albert edited the News of the World Football Annual, the pocket-sized stats ‘bible’ that was an essential accessory for every football writer long before the late lamented Rothmans Yearbook or the internet.

Albert’s insistence on absolute accuracy meant a small army of Hayters employees would check and double check the appearances, goals, birthdates and other vital statistics of every player and club in the professional game. For years John Motson relied on Albert and Hayters to provide him with the briefings for his famous commentary notes, saying: “Every week I’ve received Albert’s notes – six pages of editorial gold dust.”

Gary Lineker, who worked closely with Albert, tweeted: “Really sad to hear that Albert Sewell has passed away at 91. And to do so during a World Cup makes it all the more poignant. He was the BBC MOTD statistics man for decades. A lovely man who will be much missed. #RipAlby.”

Bob Wilson, the former Arsenal and Scotland goalkeeper who hosted Match of the Day for many years said: “So sad to hear of the death of my great friend Albert Sewell, the unsung hero and stats expert for years at ⁦@BBCSport⁩ Grandstand and #MOTD.”

Albert formally retired from the BBC in 2005, and received an MBE from the Queen, which he described as the proudest moment of his career. He kept up to date with football events and his friends for many years, and a select group of privileged individuals would look forward every Christmas to receiving a copy of “Alby’s Almanac”, his annual collection of stats, quizzes, quotes and news.

His beloved wife Betty passed away last year, and now Albert has joined her. They leave behind a large and loving family, and Albert’s legacy is an outstanding contribution to football journalism. 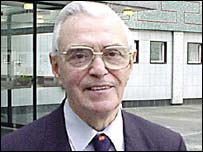