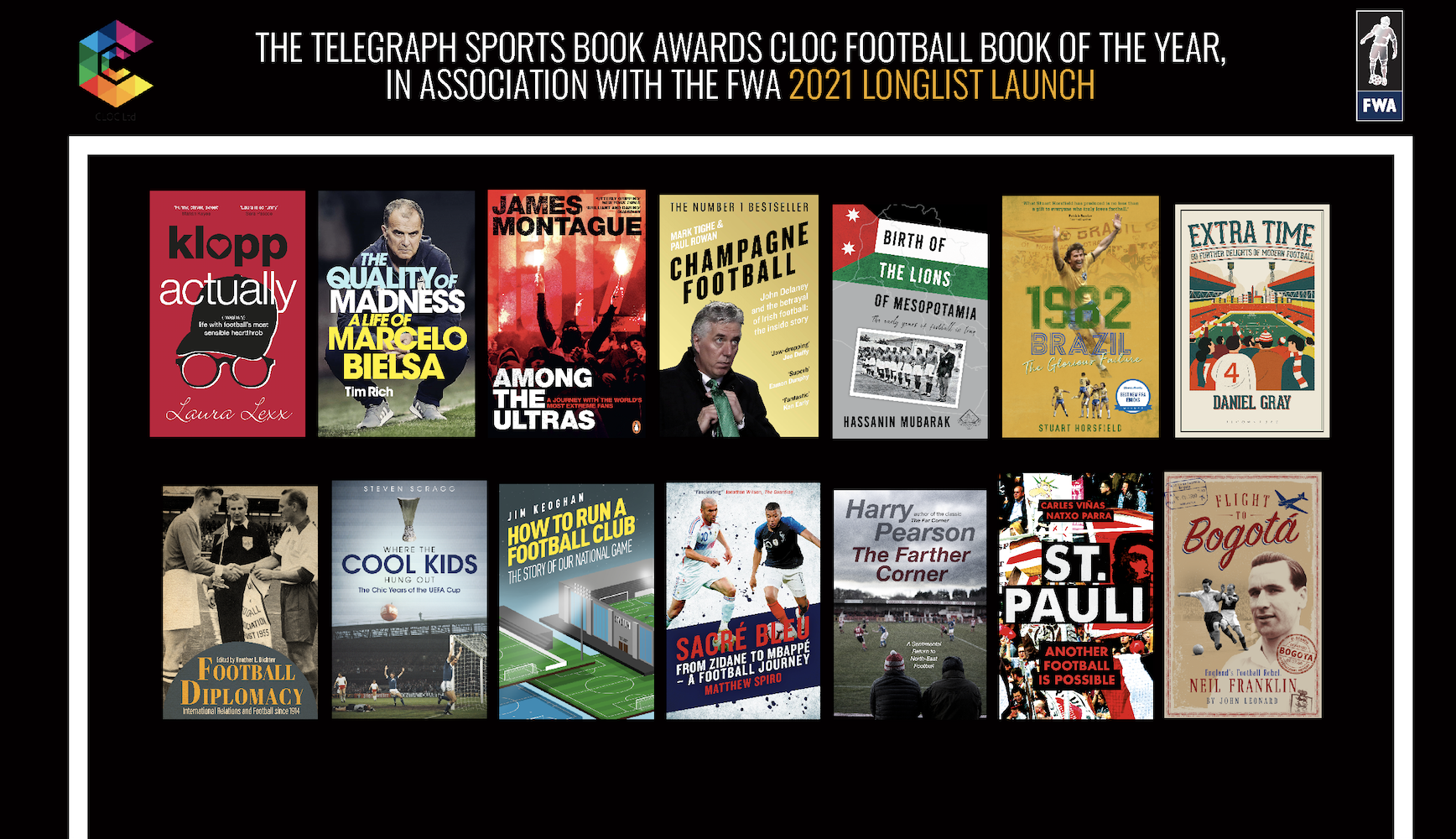 Once again we at the Football Writers’ Association have selected the long list of candidates for the Football Book of the Year, one of 11 Telegraph Sports Book Awards categories. All the shortlists will be unveiled in a virtual announcement on July 28th 2021, with the gala dinner and awards ceremony to be held on September 20th 2021 – NEW venue to be announced soon!.

Jim Keoghan’s How to Run a Football Club tells the story of our national game, exploring common themes between sunday league and the premier league. Harry Pearson follows up his classic The Far Corner, with The Farther Corner, another poignant assessment of football in the North-East. A little further from home, Hassanin Mubarak tells the story of the early years of the Iraqi Football team in Birth of the Lions of Mesopotamia, while Steven Scragg provides a definitive account of the glory years of the UEFA Cup in Where the Cool Kids Hung Out.

Heather L. Dichter assesses how football has influenced and been influenced by international relations over the past century, with her expertly researched and insightful, Soccer Diplomacy. James Montague uncovers the growing political influence of the Ultras in his immersive book 1312: Among the Ultras. Carles Viñas & Natxo Parras’ St. Pauli explain how the club and it’s tribal following offer up an alternative future for football. Conversely, Mark Tighe & Paul Rowans’ story, Champagne Football, looks at another shocking example of how unrestricted power can have catastrophic consequences, telling the story of John Delaney’s destruction of the FA of Ireland. Daniel Gray reminds us all there is still much to love about the modern game in Extra Time, with 50 reasons why we still love football.

Matthew Spiro’s Sacré Bleu gives a fascinating account of the rise and fall and rise again of France’s national team, told through the lens of Kylian Mbappé. Stuart Horsfield’s 1982 Brazil tells the story of arguably the most famous Brazilian side, told through the eyes of a young boy who fell in love with the team. Laura Lexx’s humorous imagined diary of married life with Jürgen Klopp tells of an altogether different kind of love in Klopp Actually. Every bit as unreal and fascinating is Tim Rich’s account of the brilliance behind Marcelo ‘El Loco’ Bielsa in The Quality of Madness. Finally, Flight to Bogota by John Leonard tells the unbelievable story of the English players that turned their back on the English game in a stand against mistreatment by their clubs, led by first-choice English centre-half, Neil Franklin.

The CLOC Football Book of the Year, judged by the Football Writers’ Association is part of The Telegraph Sports Book Awards, which celebrate their 19th birthday this year.

Philippe Auclair, Chair of the Football Writers Association Books Committee, commented: “2020, the year of the pandemic, presented a unique challenge to writers and publishers alike, a challenge to which they responded superbly. This longlist is testimony to the vitality of football writing in the UK and in the English-speaking world as a whole; it also demonstrates how football writing keeps expanding its reach beyond the traditional boundaries of the genre. The fourteen books which we selected reflect this richness. Academic works sit alongside biographies, essays, historical accounts, moving personal reminiscences and works of humour, by male and female writers of all ages. I believe that of all the longlists the FWA Book Committee has ever drawn, this one is, by far, the most genuinely diverse we’ve selected, and purely on merit. This is an encouraging sign for football writing as a whole. It is also proof of its resilience in what has been a hugely difficult time for football and those who write about it.”

Alongside CLOC Printing, The Telegraph Sports Book of the Year Awards partners include Clays, VAARU Cycles, Pinsent Masons, Arbuthnot Latham, Sky Sports, Tim Rice’s The Heartaches & The National Literacy Trust. The final shortlists for all categories for the 2021 Sports Book of the Year Awards will be announced virtually on July 28th 2021. The winners ceremony will be a gala dinner at a and awards ceremony on September 20th 2021 – NEW venue to be announced soon!

International Autobiography of the Year

Children’s Sports Book of the Year

Cricket Book of the Year

Cycling Book of the Year

Illustrated Book of the Year

Rugby Book of the Year

Sports Entertainment Book of the Year

For more information about The Telegraph Sports Book Awards 2021, visit 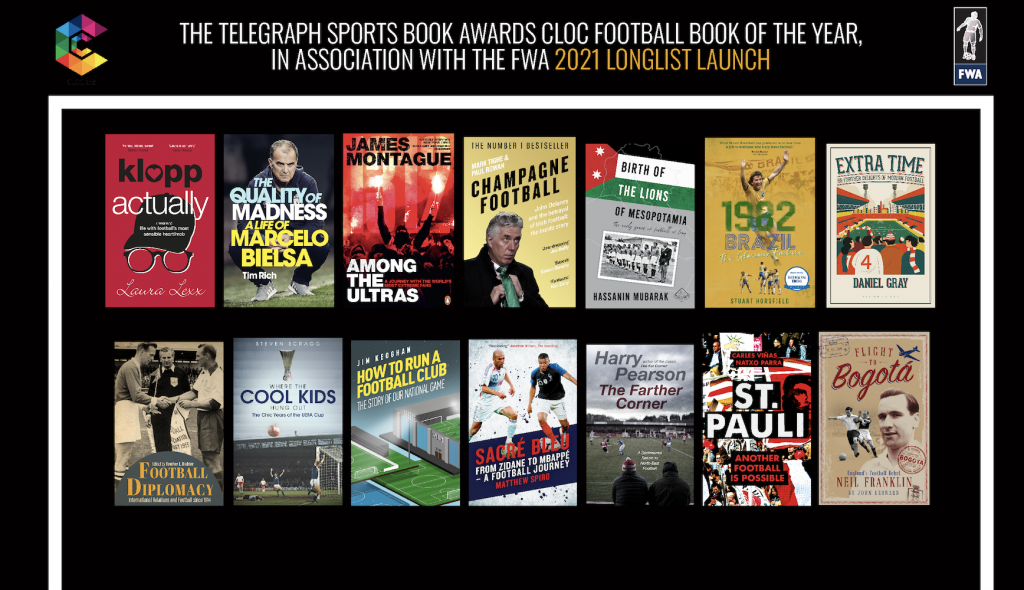