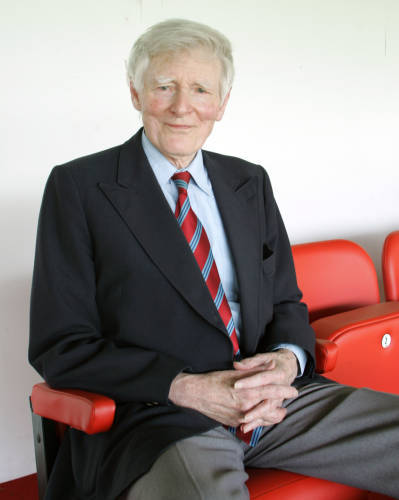 Jack Rollin, a long-standing FWA member and dear friend and former colleague, passed away in January. Below is a short obituary, and a tribute from his former editor Ian Marshall.

Jack was a pioneer and leading light in the the world of football’s facts and figures and a wonderful raconteur of footballing anecdotes. He was always ready to help with requests from many quarters to check or research facts, long before the digital era when statistics became easily accessible.

Born in London 1932, his family homes were bombed out twice during the Second World War so he was evacuated to Devon – only to be machine-gunned on the beach by a stray enemy plane.

After serving in the RAF, Jack was stationed in Aldershot, and the local team were to become his footballing love. He became a football journalist and covered his first World Cup in 1954 as a freelance. Four years later his own playing days as an amateur ended because of injury. Jack spent many years as a statistician for the BBC, was editor of Soccer Star and World Soccer and a columnist on the Sunday Telegraph for 21 years. He was best known for founding and then compiling all but three of the Rothmans/Sky yearbooks, and also edited the Playfair Football Annual, latterly with his daughter Glenda.

He was a prolific author, writing books including: England’s World Cup Triumph (1966), The Guinness Book of Soccer Facts and Feats (1978), Soccer at War 1939-45 (1985), The World Cup: Sixty Glorious Years (1990), Rothmans Encyclopaedia of World Football (1990), The Guinness Football Fact Book (1990) as well as the history of his beloved Aldershot Town FC, where he became a Vice President and contributed to the matchday programme.

Shortly before his death, Jack’s last book, Tommy Lawton: Head and Shoulders Above the Rest, was published by Pitch. https://www.pitchpublishing.co.uk/shop/tommy-lawton

He leaves behind a daughter, Glenda, son-in-law, Steve, and grandson, Harry.

Tribute by Ian Marshall of Simon and Schuster:

“For football fans of a certain age, the passing of Jack Rollin last month marks the end of an era. And rightly so. He was the founding genius behind our national sport’s statistical bible, the Rothmans Football Yearbook, which first appeared in the aftermath of the 1970 World Cup. Finally, football had its counterpart to cricket’s Wisden, and Jack Rollin took on the challenge of ensuring his blue book matched the reputation for accuracy of the yellow one.

“This was no easy feat. For Wisden employs a whole team to work on its pages; Rothmans was very much a one-man operation, though it expanded into a two-person job when daughter Glenda officially joined the team for the 1995-96 edition. In the pre-digital age, Jack would buy an enormous volume of newspapers and cross-check them to ensure he had accurate information on when and by whom goals were scored, when substitutes appeared, and so on. If discrepancies arose, he would check with the clubs concerned. In the early days of the Premier League, when they were trying to create a set of ‘official’ statistics, he was able to highlight a few errors of theirs, and so the official figures were corrected to match his.

“Getting it right mattered to him, and his desire for accuracy was transmitted to fans and journalists alike; it had all the answers. I remember the launch of the 1992-93 edition, when Rothmans’ publishing home moved to Headline. Headline’s production director of the time complained about an August publication of that size (1024pp) not being ready to go to print by the beginning of May; we explained that the season had not yet finished, and (by the way) that the European Championship final would need to be included, and that took place on 26 June. Impossible, we were told.

“Finished copies duly arrived direct from the printer on the morning of the launch. Our production director came along to the party and what she saw amazed her. In most publishing parties with wine and food on offer, the guests focus on how much they can eat and drink. Here, she was astonished to see that people were more interested in getting their hands on the book; some guests left as soon as they had one. Afterwards, she commented on how unique this was. Rothmans was so important to them; and that was Jack Rollin’s unique achievement.

“Beyond his unrelenting quest for 100 percent accuracy, Jack was generous and loyal: his house editor for more than 20 years, Lorraine Jerram, received an ever-expanding acknowledgement at the start of the book. He was also extremely principled. So it was that his beloved Aldershot received as many pages in the book as its alphabetical neighbour Arsenal; for statisticians of league football, they were equally as important. In today’s data-obsessed game, getting the facts right may not seem like such a big deal to achieve – most can be found at the press of a button, but Jack was there first. He may have been a traditionalist at heart, but Jack Rollin was also a pioneer for the modern game.” 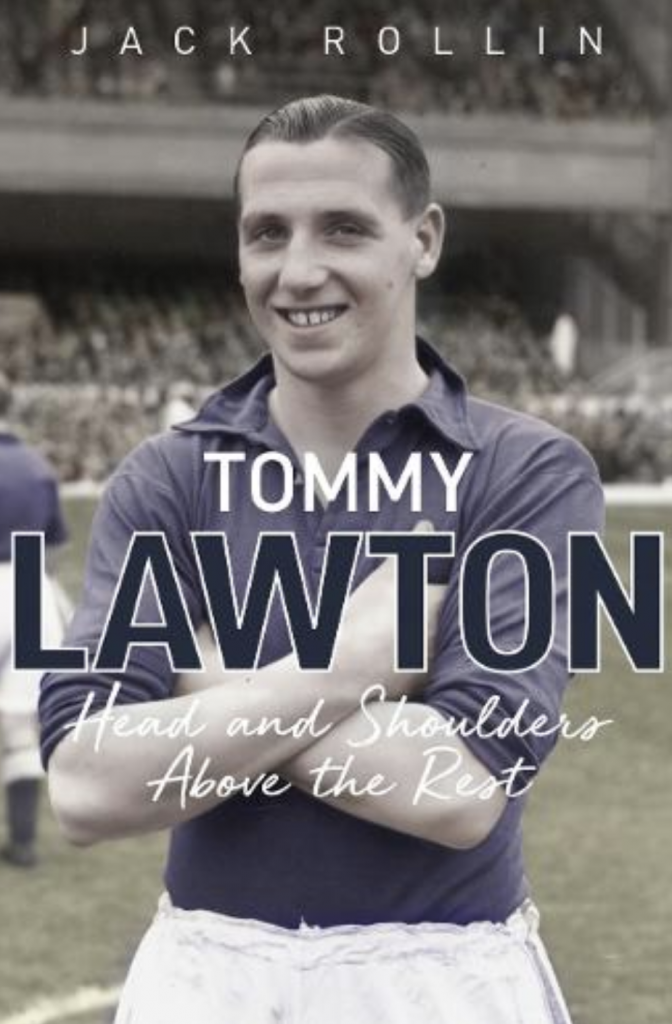