Jeremy Wilson rewarded for groundbreaking coverage of dementia in football.

FWA member and Telegraph reporter Jeremy Wilson has won a prestigious honour at Alzheimer’s Society Dementia Friendly Awards after spearheading a campaign for research into potential links between playing football and dementia.

The Daily Telegraph’s deputy football correspondent won the National Journalist of the Year Award for a series of hard-hitting stories about former footballers who are living with dementia and their families.

Through a series of interviews and investigative news reports, Jeremy has championed change since reporting how half the surviving outfield 1966 England World Cup-winning team had been diagnosed with Alzheimer’s or memory loss.

The Telegraph immediately called on the authorities to commission independent research into the prevalence of dementia in football and Jeremy personally met with families of former players, reporting with great care and diligence the different symptoms and the full devastating impact on their lives.

Jeremy’s work culminated in a major breakthrough with the announcement last week of a major study assessing whether footballers are at greater risk of degenerative brain disease, jointly commissioned by the Football Association and Professional Footballers’ Association.

Jeremy said: “I am thrilled. Like many families I have been affected by dementia as both my grandmothers had this condition and therefore it feels extra special and a little bit more personal.

“Above all, I am delighted for the families of the footballers as they have trusted us to tell their stories. They have driven the campaign to get answers from football and I am really pleased their stories are being heard.”

Jeremy was accompanied by Dawn Astle, the daughter of former England international Jeff Astle. Dawn and family have been campaigning on what they call ‘sport’s silent scandal’ since an inquest found that Jeff died in 2002 from head injuries caused by playing football.

Dawn said: “I had to fight back the tears when it was announced that Jeremy had won. He really is a fabulous journalist but he has got a heart of gold as well.

“I feel so lucky that he has got stuck into this issue – and the work that he has done has meant that families in the world of football who are affected by dementia will get answers to their questions on the links between the two.”

Alzheimer’s Society Chief Executive Jeremy Hughes said: “With skill and sensitivity, Jeremy has done the newspaper industry proud by uniting with many retired footballers and their families to tell the moving stories of how dementia has affected them.

“His tenacious journalism prompted other families to tell their stories and was featured across other national media, including the BBC and Sky News, to tackle once and for all the taboo that has forced many people to keep dementia a secret.

“Jeremy has also led a successful Telegraph campaign for new research. It has been followed by our national game’s governing body, the Football Association, and Professional Footballers’ Association funding research into potential links between dementia and playing football.”

“Dementia devastates lives and, by 2021, one million people will be living with dementia across the UK,” added Mr Hughes. 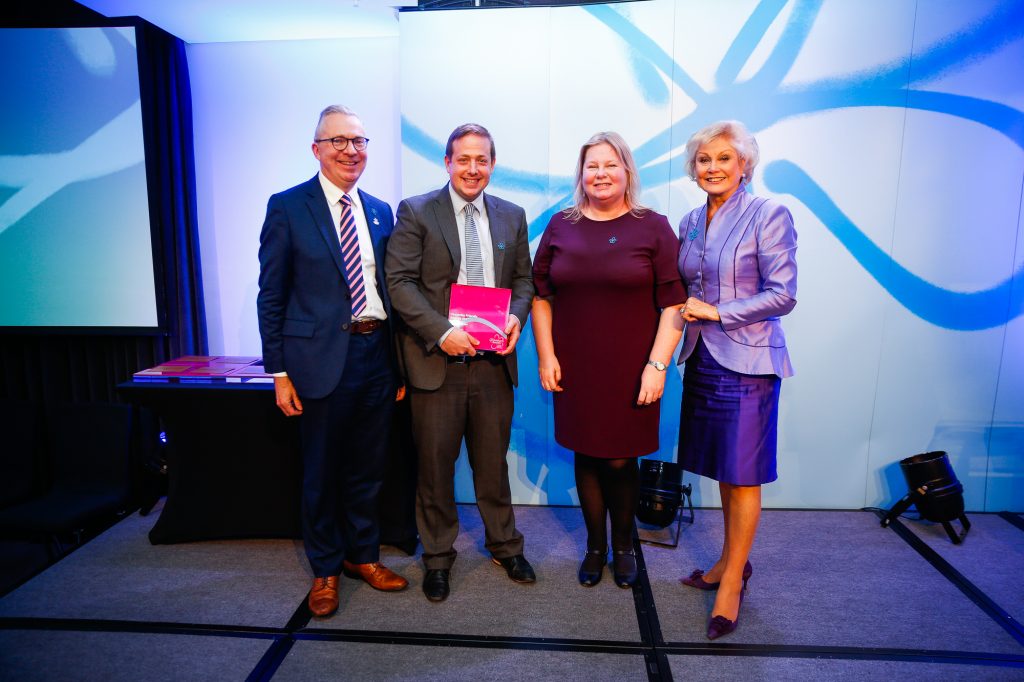