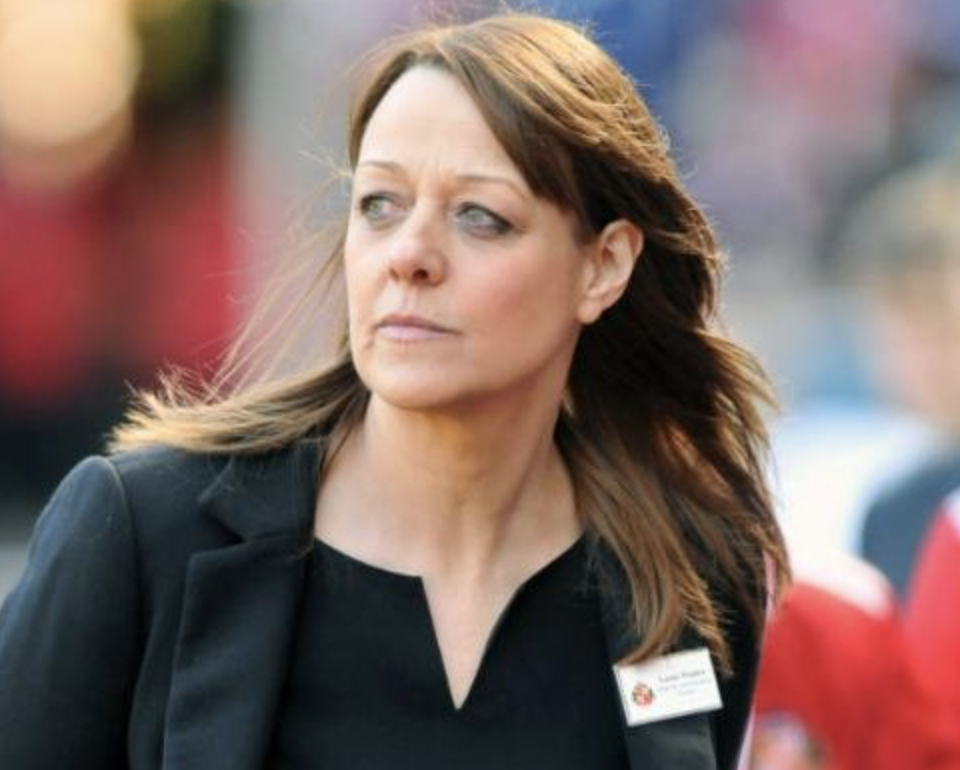 It is with great sadness that we at the FWA learned this week that Louise Wanless had passed away at the age of 52.  Louise was press officer at Middlesbrough and then Sunderland, but much more than that she was a much-loved friend and colleague for so many of our members, and a larger-than-life character in North East football.  Colin Young, Chairman of the North East branch of the FWA, pays tribute to his friend here.

There was a time, and it’s not that long ago, when it felt like Louise Wanless was running Sunderland Football Club.

So the only way to arrange a secret award for her was to let her in on the secret. Sort of…

The annual North East Football Writers’ Association player of the year dinner – founded 40 years ago by a small bunch of national and local football journalists as an excuse for an end of season, late night/early morning celebration – has evolved into one of the best nights of the year in the North East sporting calendar. And it has at least maintained the tradition to sustain til the early hours.

Louise loved it. In fact it’s no exaggeration to say its success meant more to her than some of our members and she was there every year, in full flow, usually one of the last to leave the Ramside residents’ bar, still in full flow as daylight broke and her taxi left the hotel in Durham.

And she not only attended herself every year but ensured the club’s then manager – and there were plenty – came with his staff and players and ex-players, no matter how bad Sunderland’s year had been – and she dealt with some pretty bad ones – and especially if a Newcastle or Middlesbrough player was picking up the main award.

One of the award’s founders was John Fotheringham, a popular Middlesbrough-based writer with one of the best contacts books in the business who, like fellow Smoggy Louise, was taken far too early by cancer. And I’d also like to remember at this point two of Louise’s close friends, Ali Brownlee, BBC Radio Tees commentator and our former chairman Bob Cass who were also lost to that terrible disease.

The Fotheringham Award was introduced to the dinner shortly after John’s death in the late ‘90s to honour the best in North East football for their outstanding contributions. And we introduced the Bob Cass Award four years ago.

And since then we have honoured the unsung heroes like Kath Cassidy, the former Newcastle tea lady, George Baker, the meeter-and-greeter at Sunderland for half a century, and Jack Nixon, the scout who discovered Alan Shearer, as well as the legends like Jack Charlton, who won the World Cup, and Sir Bobby Robson, the year he so nearly did.

And one of the additional joys, traditions and pressures of the Fotheringham Award was that it is presented as a surprise to the recipient on the night – which is always a challenging but extremely rewarding part of the planning.

After her first battle with cancer, and significant role in the background as the club assisted Bradley Lowery and his family in his heartbreaking fight with the disease, it was decided two years ago that Louise would be the worthy recipient.

And so began a covert and elaborate operation to keep the whole thing from her.

When we started planning the March 2019 event, I managed to convince her that we were going to present the John Fotheringham Award to Kevin Ball, the former Sunderland captain, manager and academy director.

Delighted with our choice, and yet undoubtedly very, very suspicious, Louise agreed to ensure Bally attended, as he has always been a reluctant last minute guest, and even helped me arrange filmed tributes to their mentor from former Sunderland academy players Jordan Henderson and Jordan Pickford through the players and her contacts at Liverpool and Everton. They were never used on the night.

But I knew it needed more to convince her that she should come along to her first post-recovery event so I arranged for Louise to ‘blow up’ her own award with Sunderland Glass Centre-based artist Kalki Mansell. She thought it was for Bally, who would eventually present it to her.

And we kept up the pretence up until the very last minute, once we had Louise, Bally, the glass and the polished silver bowl with its engraved list of the famous and not so famous, in the room.

In the break before our host, FiveLive’s Ian Dennis, started to introduce Northern Echo sports editor Scott Wilson, who was to make the presentation, I approached Kevin Ball and told him the full story. He was, of course, thrilled to be part of the subterfuge, delighted that the region’s football writers had chosen such a deserving person for such a prestigious award.

When Scott started his speech, Ian and I were both watching Louise from the stage. She was staring affectionately and smiling at Kevin, and then quickly realised – because Scott was not messing about – that the award was hers. Then the gentle tears started…

I’ll never forget her face and, looking back at the video now, even more delighted we did it. And especially because, as she said herself, she was lost for words for once.

I had forgotten about the standing ovation before she did say a few words. I’m sure Louise didn’t. The whole room showed how much they loved her. The whole game she loved so much loved her. And that night she saw it.

Her introduction at Middlesbrough could not have been more interesting and under the watchful eye of Dave Allan, she did the same for Bryan Robson before joining Sunderland, then in the Premier League and eventually blossomed into the senior role in the Black Cat House offices at the Stadium of Light.

But she was so much more than just the press officer for the players and managers she protected in her own inimitable style. She was a confidante, players trusted her, a shoulder to cry and a woman who was prepared to allow the odd blow-out in her presence, often seemed to encourage them, and accept the apology later.

And to her many staff, she was an inspiration and the ideal mentor. Thanks to the players and managers she was protecting, Louise was forced to lose many brilliant, young talented workers, who would match her own enthusiasm and commitment, and left the club better people for knowing her and working with her.

We all had our run-ins with Louise Wanless. Reputations didn’t mean anything – often worked against you – but for every knock-back or disagreement, there was always a Wanless Welcome at the Stadium of Light – and the pre-match press conferences at the Academy of Light. And for the National Number Ones, a dig that she hadn’t seen them in a while, etc, etc.

She knew she saw the game through Sunderland-coloured glasses. She didn’t care. She was doing her job. All right, so she might have said ‘you’re going to love this one’ 12 times in 12 years when introducing a new manager, but she was doing her job and she always meant it.

She did a terrible Roy Keane impression, but very good Mick McCarthy, although I don’t think anyone ever told her this. And if you did get a one-on-one, stand by for a few of Louise’s repertoire before you get to the nitty-gritty with the player.

One of my favourite stories involved Keane. It was his first pre-match press conference at the academy so the room was pretty full. Louise had broken it down to the old-fashioned TV, radio, locals, nationals, evenings, Sundays. And at Sundays time, Keane was getting tetchy and fed up.

As the rest of the room emptied, the Sundays moved forward, plonked recorders in front of Mr Grumpy and Louise took the time to introduce the crew.

Anyone walking into the Stadium of Light press room, was served with good food, Caroline’s coffee, a sherry at Christmas, and that lovely Wanless Welcome – particularly if your name was Howard Webb, for some reason.

The press room has been used as the away dressing room for the last 18 months. But pre-Covid, whenever she was absent, the room felt silent. She simply brought enthusiasm to every game. Even in League One.

Louise has left a huge hole at Sunderland. When we do return to the Stadium of Light press room – which could befittingly be named in her memory – it will never be the same. 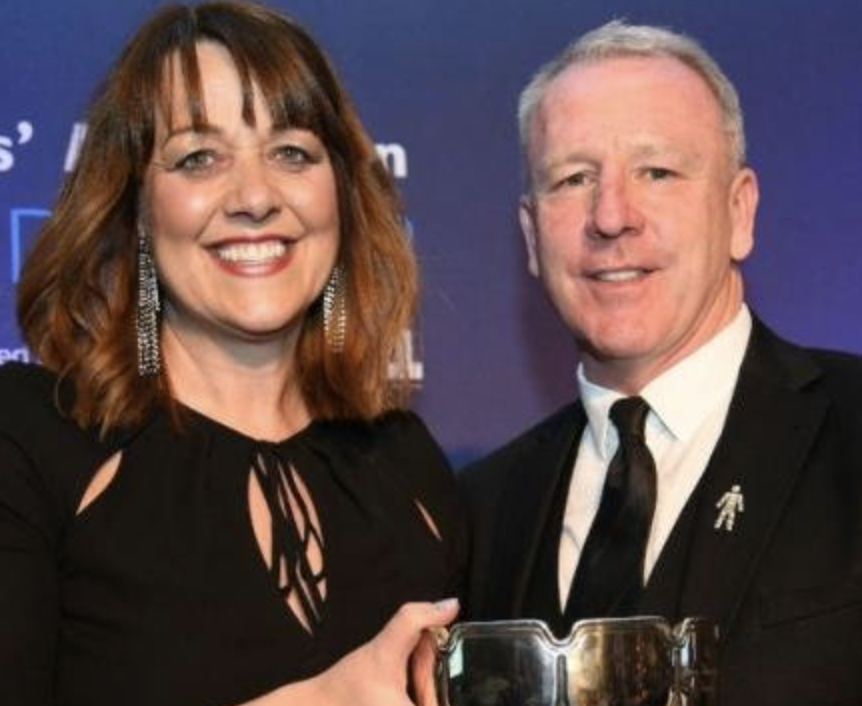