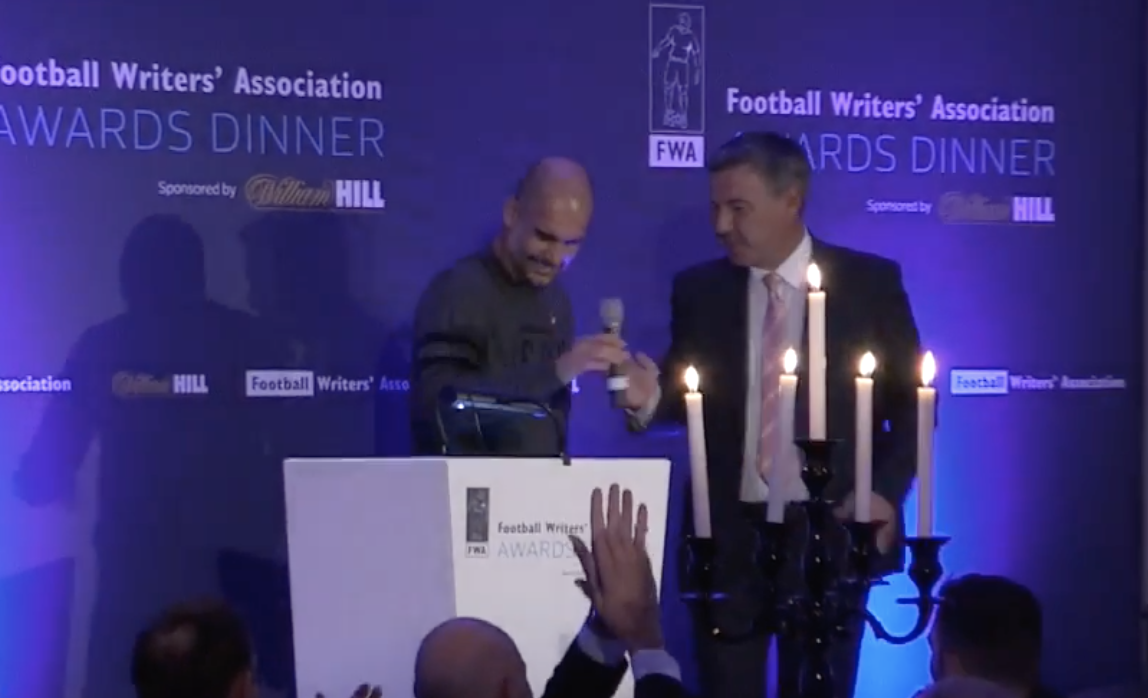 PEP GUARDIOLA and JURGEN KLOPP will be the star names at the FWA’s 39th Northern Managers Awards dinner, on Sunday November 24th in Manchester.

Klopp took Liverpool one better than last season, beating Spurs to win the Champions League and challenging City all the way in the league.

Chris Wilder is among a host of other successful managers honoured for winning promotion with Sheffield United.

Each of our winners will be presented with an inscribed crystal glass award and the function will be compered by BBC Radio presenter Ian Dennis. The evening will be enhanced by the traditional video tribute to the successful managers and the annual quiz. Details of the menu, vegetarian options and the wine list will be published at a later date.

You can see highlights of last year’s events here: https://youtu.be/37gBQPlbo08