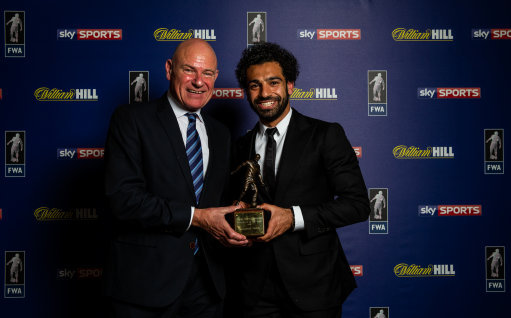 Mo Salah of Liverpool and Fran Kirby of Chelsea Ladies collected their Footballer and Womens Footballer of the Year awards at the Football Writes’ Association’s annual dinner in London on Thursday May 10.

Both stars were enormously popular winners and gave thanked the FWA and their football colleagues in their speeches. Both had other commitments in their busy schedules – Kirby left later in the evening to attend Chelsea’s awards night, while Salah flew in by private jet from Liverpool’s own awards event.

FWA Chairman Patrick Barclay handed Salah’s award to the Liverpool striker, who is the first African and Arabic player to win the award, which has been running since 1948.  Phil Neville, manager of the England Women’s team, presented Kirby’s award and raised a toast to the FWA.

The evening was attended by a host of stars from the world of football including former Footballers of the Year Pat Jennings and Gary Lineker. Chris Hughton of Brighton was one of the many managers in attendance, along with other players from past and present, including Peter Crouch, Joe Jordan, Pat Nevin, Lawrie McMenemy, Tony Cascarino, Alan Smith, and many more.

Mo Salah said: “I am always happy when I think I’ve achieved something and get awards. I work hard for that. I always want to work hard for my team. I was here four years ago (with Chelsea) and a lot of people were saying ‘he couldn’t play in the Premier League and it is very difficult for him’, so it was always in my mind to come back

“From the day I left Chelsea it was always in my mind to come back to make them wrong. So now I make them wrong. I’m not the same player. I improved a lot in Rome but I can’t say everything is down to me. The team-mates maybe different, the coach and staff, they make my game easier and they always help me ion and off the pitch, so I have to thank all of them.”

Fran Kirby said:  “This awards is massive for me and my family, it is amazing for the women’s game. Hopefully you can see the dedication we are putting into it, on and off the pitch. It is a massive achievement for me and for women’s football. I hope we continue to get your support throughout all the seasons, because it really is going to the next level.”

Phil Neville raised a toast to Sir Alex Ferguson as his former manager recovers from illness. The England women’s team manager then presented the FWA’s first Women’s Footballer of the Year award to Fran Kirby saying: “She is my little number 10, the one I look to to unlock the door with individual brilliance.

“She has had an unbelievable season for England and Chelsea, I saw her score a fabulous goal in the FA Cup final at Wembley. She is a special player who has had an unbelievable season, which I have seen week in and week out, as well as three or four camps with England. She wants to be the best footballer in the world and she will achieve that with her dedication, but Fran is a fantastic person as well.”

Former FWA chairmen Steve Bates and Paul Hetherington were also awarded life-memberships of the FWA for their tremendous service over the years. 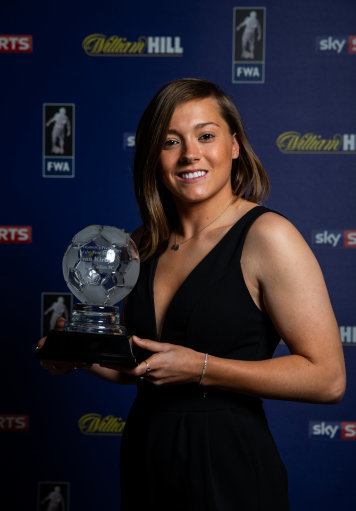 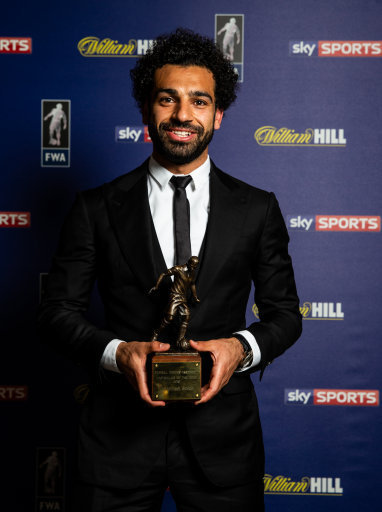