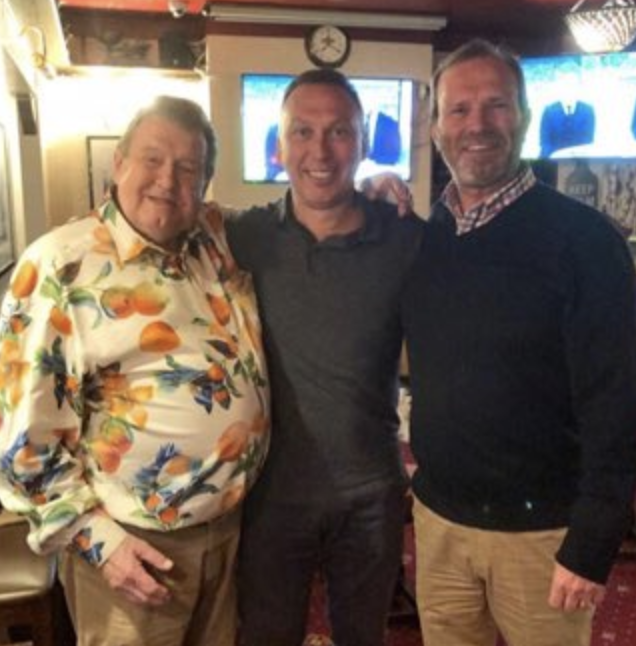 A tribute to Steve Curry by Neil Harman, who was his competitor, colleague and close friend for more than 30 years.

My father was a broadsheet Daily Express man through and through. He never bought any other newspaper. When I was an upstart kid reporter on the Southend Evening Echo in the 1970s, the Daily Mail’s stringer Alf Smirk, used to tell me I’d write for the paper one day. Dad told me I should aspire to write for the Express.

In 1981, my life totally changed. I was despatched to Manchester as a fledging football reporter on the Mail in their northern office. I lived and breathed football in that neck of the woods, United under Ron Atkinson, City under John Bond and Billy McNeill, Blackburn, Bolton, Bury, Burnley, Stockport, Crewe, these were ‘my’ teams.

The chief writer in the north for the Express was the wonderful Derek Potter. We had terrific writers as well, Peter Johnson, Derick Allsop, Colin Wood, Bill Mallinson, Doug Weatherall. The Express was unbelievable. It had to be read. They had Alan Thompson and Peter Thomas, the voices of the north. Their top man in London was a fellow called Curry. But we had Jeff Powell. Quite a battle ensued.

In 1990, much to my astonishment, I was appointed the Mail’s chief football writer, succeeding Jeff. The main opposition would be Curry of the Express, a man who had consummate contacts, a lifelong devotion to his sport, knew everyone, and would quite possibly write me into oblivion very quickly.

We were 15 years apart in years and eons in experience. Not only was Steve the kingpin at the Express, the Mirror had Harry Harris, the Sun Alex Montgomery, the Guardian David Lacey, the Telegraph Colin Gibson, Today Rob Shepherd and the Times Stuart Jones. The Star’s Tony Quested was an unknown force but here I was, a Mail tennis correspondent about to be tossed to the sharks.

Graham Taylor had become the England manager post 1990 World Cup and I sensed a chance, because through the matches Lincoln had played against Southend in the olden Fourth Division days and, I suspect, because he was new to international football and so was I, we struck a bit of an accord. But still, it was going to be an uphill struggle.

Whether Steve took pity on me or not, I’m unsure. He admonished me for attending Bubbling Brown Sugar at the Birmingham Hippodrome with Graham, his wife Rita and my wife, Maureen. ‘Shouldn’t do that,’ he said. I thought he might have been becoming a bit rattled because I knew the England manager possibly as well if not better than he did. This could be my chance.

It was to be the only time Steve would have a bad word for me in our careers together. I say ‘together’ because we shared hundreds of car journeys north, hotels, press boxes, would sit in the same front row in on planes when Graham insisted the media travelled in the front row of England flights because he didn’t trust us if he couldn’t see us.

There were a group of football No.1s who gloried under the banner ‘The Morris Men.’ Colin Gibson, then the Telegraph’s lead man, loved to be the organiser, Steve was his best pal, they recruited Harry because he might drop them the occasional tale and liked to have his life organised by someone else and Stuart Jones because he was incapable of organising his own life. In 1990, they [kind of] recruited me. Safety in numbers!!

Thus, on England’s tour of Australia, New Zealand and Malaysia in 1991, the European Championships in 92, the World Cup in 94, and Euro 96, Gibbo was the chef de mission and we all fell into line. As such, I spent more time with Steve than anyone else because we bonded so well.

It is hard to explain to the writers of today but when we travelled with teams, be they club or international we struck an exquisite partnership. The Express and the Mail were sworn enemies in print but Steve and I never let that affect our personal relations. We sat together, ate together, partied together, drank together, sang together, hugged each other, as if we were brothers.

We got up to some terrible mischief but I worried that he would have the story I wanted in the next day’s Express and I’d like to think he thought the same as me on the Mail. He was really pissed off if I was invited onto Hold The Back Page [BskyB’s entry into the world of writer’s forums and the forerunner of Sunday Supplement ] rather than he was. He never really got over the fact that I appeared in the first ever edition of the programme with the late Brian Woolnough.

In essence, Steve was a brilliant football reporter. He could walk into any company and be welcomed. I was envious of that. His fellow reporters loved, admired and feared him in equal measure. I was envious of that. But he never indulged his own popularity. It sat very comfortably with him. If he pulled a story, as he often did, you knew it was going to be spot on because Steve didn’t indulge in fantasies.

I could write a thousand Steve stories here. The karaoke night with Kevin Keegan, the dinner table rows in New York and Washington, the endless white wine evenings at Euro 92 with Richard Moller Nielsen, the Eric Cantona interview two days before the infamous Crystal Palace kung-fu kick, the dance floors in Romania, the round of golf with Bobby Moore, the famous ‘dive’ beneath a jetty at a hotel in Sweden and, so much more important to me, the pep-talks when I lost my job at The Times.

We lived together, we drank together, we worked together, we played together and we lived life together. He was the consummate reporter and travelling companion. The Express loved him and with very good reason. He was the best opponent a reporter could ever have. I am so pleased to have spent so much of my life with him and to have had a last drink with him a couple of months back. David Platt joined us that night, which made it very special indeed.

‘They’re praying for rain in California……’ 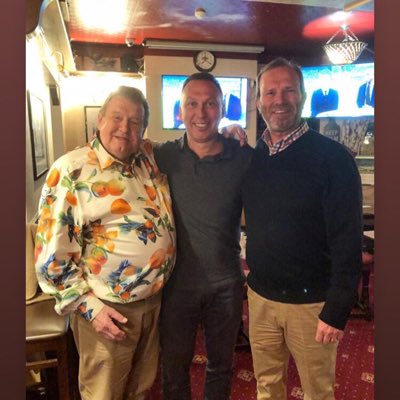