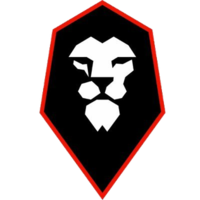 It is not often a promoted club goes straight in as 2-1 favourites to win a league, but Salford City are not a typical club. Co-owned by former Manchester United players Gary and Phil Neville, Ryan Giggs, Nicky Butt and Paul Scholes, and Singaporean billionaire Peter Lim, the Vanarama National League club have a profile and funding that has become the envy of many Football League teams.

Their progress from Northern Premier League North to Vanarama National League, with three promotions in four seasons, has been chronicled in a series of fly-on-the-wall TV documentaries, and there is every chance the cameras will have another lively tale this season. Rumbustious joint managers Anthony Johnson and Bernard Morley, who masterminded those promotions, have moved on to relegated Chester FC, citing differences in contract proposals. In their place is former Scotland international Graham Alexander, who previously managed Fleetwood and Scunthorpe United in League One.

Alexander returned to that division to sign four players including Danny Lloyd from Peterborough for a reputed six-figure salary and Adam Rooney from SPL runners-up Aberdeen, an eye-catching deal given his goal record. Inevitably this has sparked jealously and accusations of trying to buy promotion – or ‘steal’ it in the words of Accrington owner Andy Holt.

That prompted a twitter spat with Gary Neville who pointed out Salford’s approach was hardly unique. Indeed it isn’t. Salford are aiming to follow Fleetwood, Crawley and Forest Green, each of whom have been bankrolled from obscurity to the Football League in recent years. Nor are they alone, several other Vanarama National League clubs, such as Fylde, Ebbsfleet, Eastleigh and fellow newcomers Harrogate have benefited from the largesse of ambitious owners. Salford may be spending more than others have, but they face stiffer competition with all but four of the 22 clubs now full-time.

The presence of so many well-funded aspirants makes it challenging for any club dropping out of the Football League to bounce back. Leyton Orient and Hartlepool never even threatened to reach the play-offs last season but Barnet, managed by the experienced John Still, and Chesterfield, under former Barnet boss Martin Allen, will hope to adjust quicker.

With only one automatic promotion place available, and another via the play-offs, competition at the top will be fierce. It will be equally tense at the other end with four going down. Woking, Torquay, Chester and Guiseley departed last season, to be replaced by Salford, Harrogate, Havant & Waterlooville and Braintree.

While several key performers have moved to Football League clubs, new faces include the prolific Aaron Williams, signed from Brackley by Harrogate, veteran defender Paul Robinson, acquired by Havant from Wimbledon, and the experienced Stuart Beavon, loaned to Wrexham from Coventry. A new face in the dug-out is ex-England keeper Tim Flowers, at Solihull Moors, while a more familiar one, former England caretaker manager Peter Taylor, is in charge at Dagenham & Redbridge.

In an indication of their allure Salford start the season off with a lunchtime kick-off at home to Orient in front of the BT cameras. It is the first meeting between clubs which, four seasons ago, were five divisions apart. Things can change quickly in football.

For more on Salford, visit: https://salfordcityfc.co.uk/

For more on the Vanarama National League, visit: http://www.thenationalleague.org.uk/

For great deals on car and van hire, visit: http://www.vanarama.co.uk/