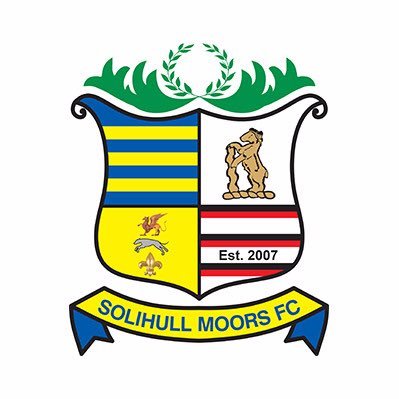 The Vanarama National League relegation battle is heating up nicely, by Glenn Moore.

If it were not for Solihull Moors the Vanarama National League relegation fight would be all but over by now. Torquay, Guiseley and Chester have fallen away, each at least nine points adrift of safety with matches running out. Moors, however, keep the battle alive; theirs is the first result half the division look for on a Saturday afternoon.

That scenario did not appear likely on Boxing Day, after a 1-0 defeat at Maidenhead left Moors bottom of the table, a dozen points from safety. But four days later the revival began. It started in the 57th minute at Holker Street, Barrow, when Darren Carter, a veteran of many clubs including Birmingham City, West Brom, and Preston, scored an equaliser. Six minutes from time a penalty from Jamie Reckford delivered three points. Nevertheless, Moors still went into 2018 bottom of the Vanarama National League with 20 points from 27 games.

However, by the time Moors won at Dagenham, in late January, to complete a haul of 13 points from 15, fans of the Warwickshire club were beginning to dream. Moors had overtaken the aforementioned trio of relegation strugglers and climbed to within a point of safety.

Two months on Moors remain, frustratingly, in the relegation zone, albeit only on goal difference from Barrow. Despite suffering only two defeats in 12 matches there have been too many draws with only one win in the last seven.

Former Crawley Town manager Mark Yates, who led Kidderminster Harriers to Wembley and Cheltenham twice to the League Two plays-offs, is behind Solihull’s revival. Prior to his appointment in mid-November five different men had picked Solihull teams in the previous 12 months. The departure of Marcus Bignot (now at Chester) for Grimsby was followed by two permanent managers, Liam McDonald and, for 26 days, Richard Money, with two caretakers, Keith Bertschin and Gary Whild, before and after. That instability had an inevitable affect and Yates, assisted by former England and Blackburn goalkeeper Tim Flowers, took over a team that had 11 points from 19 matches.

Under his charge they have gained 29 points from the next 20 matches, a record good enough to put them in the Vanarama National League’s top half if sustained over a season. But that woeful opening period means they remain in trouble with a demanding run-in ahead. Yates, 48, who has not been relegated in a decade as a manager, is eager to keep that off his CV.

Moors, who share their ground with Birmingham City Ladies, were formed by a merger of Moor Green and Solihull Borough in 2007. The union has proved successful in that neither of the parent clubs had reached the fifth tier, a status attained under Bignot in 2016. That exalted status is now in jeopardy, but with a clutch of clubs within reach, hope of survival is far stronger than could have been imagined at Christmas.