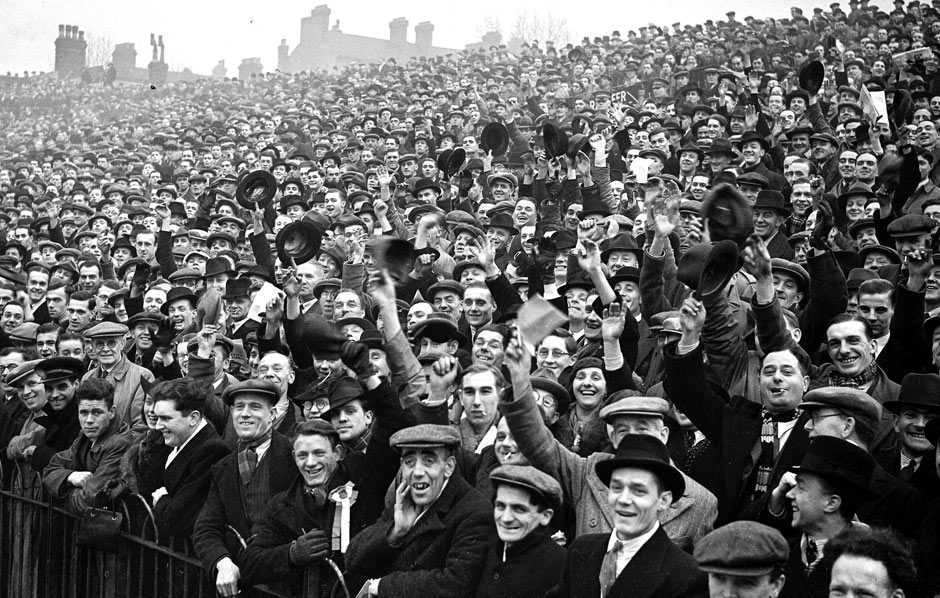 It was the crowd for Truro City’s ‘home match’ against Torquay United that caught the BBC’s attention. Not many matches in the Vanarama National League South attract 2,760 ‘away’ fans – or 62 ‘home’ ones.  The reason was not hard to discern. Truro have been playing in exile in Devon with their Treyew Road ground, 100 miles to the west across the Tamar, earmarked for redevelopment. Those plans have been put on ice, so Truro will soon return to their real home, but in the meantime they groundshare with Torquay whom they ‘hosted’ on New Year’s Day. Thus the huge imbalance between what was technically the home and away support.

Less notice, however, was paid to the remarkable attendance for the Boxing Day match between the teams, 3,863. There was another 3,000+ attendance on December 29 when the Gulls beat Gloucester City. Indeed, since  Gary Johnson took over at Plainmoor in September Torquay have averaged 2,430, comfortably their highest gates since dropping out of the Football League in 2014.

Obviously it helps that the Gulls lead Vanarama National League South after a club record nine successive victories, but they are by no means the only club in the sixth tier division packing in the crowds. Woking, two points behind, drew a combined 4,540 for their brace of Holiday fixtures while Dulwich Hamlet, celebrating their return to Champion Hill, pulled in 5,900 for their pair of matches.

In Vanarama National League North eight of the 11 matches on both Boxing Day and December 30 drew four-figure gates with Stockport County’s two games bringing in 8,333 combined and Altrincham, Hereford and York City registering 3,000-plus gates over the Christmas/New Year period.

There were even bigger crowds in the fifth tier Vanarama National League. Wrexham drew 8,283 for their Boxing Day match with Salford, and more than 4,000 attended the return. Leaders Leyton Orient pulled in 6,000-plus against Dagenham & Redbridge – and 4,755 for the visit of Chesterfield on the traditionally poorly-attended weekend before Christmas. Chesterfield fans, despite their hugely disappointing season, posted holiday programme attendances above 4,700, Hartlepool and Maidstone, two other teams struggling to meet expectations, drew nearly 3,000-plus and string of clubs either with no Football League heritage to draw on, or one in the dim-and-distant past, pulled in more than 2,000 fans: Barrow, Dover, Sutton, Harrogate, Gateshead and Fylde.

Accepted this was a holiday programme and most matches were relatively local derbies, but these figures underline one of the unique elements of English club football. Arguably the most remarkable aspect of the nation’s devotion to football is not the global reach of the Premier League powerhouse at the apex but the depth of support further down the pyramid. Nowhere else in Europe do teams at the fifth and sixth tier attract such attendances. To take a random weekend in Spain earlier this season, the regional third tier Segunda B had a 26-match programme. Half of those failed to attract 1,000 fans and only three exceeded 2,000. Meanwhile, in England, on the last Saturday of 2018, more than 50,000 fans paid an estimated half-a-million pounds plus to watch Vanarama League football.

For great deals on car and van leasing visit: https://www.vanarama.com/