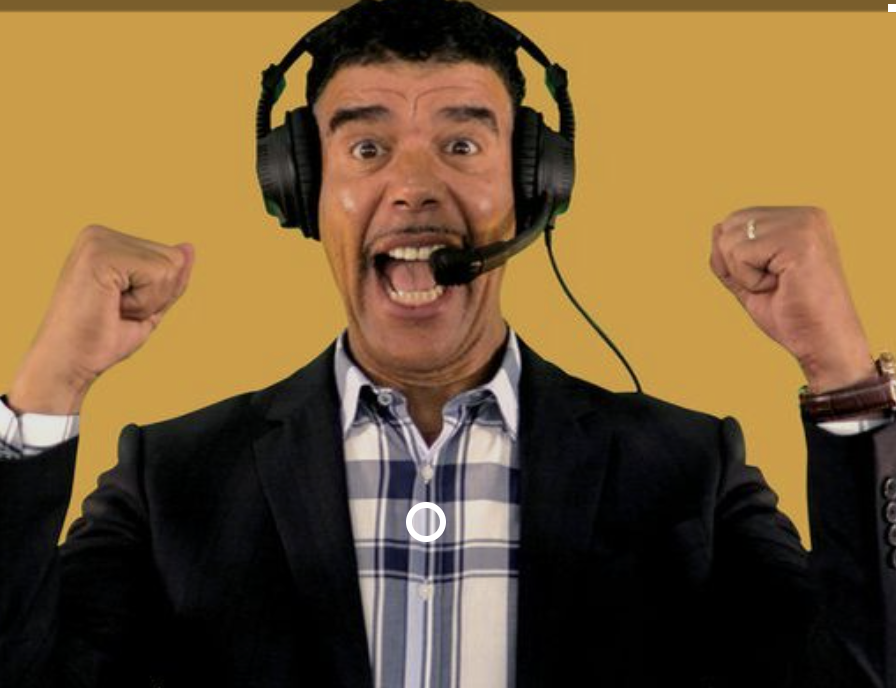 Chris Kamara, the former player, manager and now broadcaster, has been named this year’s North East Football Writers’ Association Personality of the Year.

The annual award, given in association with the Sir Bobby Robson Foundation, recognises someone who uses their position in football to benefit the wider community and, given his long-time commitment to addressing racism and supporting charities, the decision to honour ‘Kammy’ was an easy one to make.

Previous winners include Alan Shearer, Robbie Elliot, Stephanie Houghton and Jermaine Defoe, who makes an emotional return to the North East this weekend. Last year Sunderland player Luke O’Nien picked up the award for his efforts helping children through the first lockdowns in 2020.

Chris has become a well-known television personality following a long career in football as both player and manager. He is a patron of Show Racism The Red Card, has been an ambassador for Marie Curie for more than a decade and became an ambassador for Special Olympics Great Britain in 2011 after taking part in the Special Olympics Unity Cup in Cape Town during the 2010 FIFA World Cup. This year, Chris underwent a brain scan on Channel 4’s Steph’s Packed Lunch, highlighting dementia in football and, thankfully, receiving the all-clear.

Born in Middlesbrough on Christmas Day 1957, he was brought up in Park Avenue in the town and attended the St Thomas School with Middlesbrough FC Chairman, Steve Gibson. Steve says: “I’ve been friends with Chris for a very long time, so I know there could be no better choice for this award.

“Many people know him for his lively personality and the fun he brings to our tv screens. He’s also a very compassionate and principled man and, when he commits to something, you know he will give it his all.

“Chris is joining a list of very illustrious names and, as a Patron of the Sir Bobby Robson Foundation, I’m proud to see this award go someone so deserving.”

Chris will receive his award at the North East Football Writers’ Association Awards night, sponsored by William Hill, which celebrates the best of North East football and is held annually at the Ramside Hall Hotel in Durham. The event will, once again, raise funds for the Sir Bobby Robson Foundation, which helps find more effective ways to detect and treat cancer.

Colin Young, Secretary of the North East Football Writers’ Association, says: “Every year, we give great consideration to this very special award, which is given in association with the Sir Bobby Robson Foundation.

“Chris gives up so much time to help others, whether he’s fundraising for charities or campaigning on important issues, and he’s someone who’s absolutely deserving of this recognition. He truly deserves it.”

Sir Bobby Robson launched his Foundation in 2008 as a fund within the Newcastle Hospitals Charity. It has gone on to raise over £16m to help find more effective ways to detect and treat cancer. Working within the NHS and in partnership with other leading charities and organisations, the work funded directly benefits cancer patients in the North East and Cumbria and plays a significant role in the international fight against the disease.

Tickets for the North East Football Writers’ Association’s annual awards night on 6 March are available from Claire Stephen at Ramside Hall Hotel (0191 375 3080/ claire.stephen@ramsidehallhotel.co.uk). The event was cancelled last year due to covid, but last year’s main winners – Middlesbrough pair Jonny Howson and Marcus Tavernier and Durham’s Beth Hepple – will receive their awards on the night, as well as Sunderland’s Luke O’Nien, who was named Sir Bobby Robson Foundation Personality of the Year.