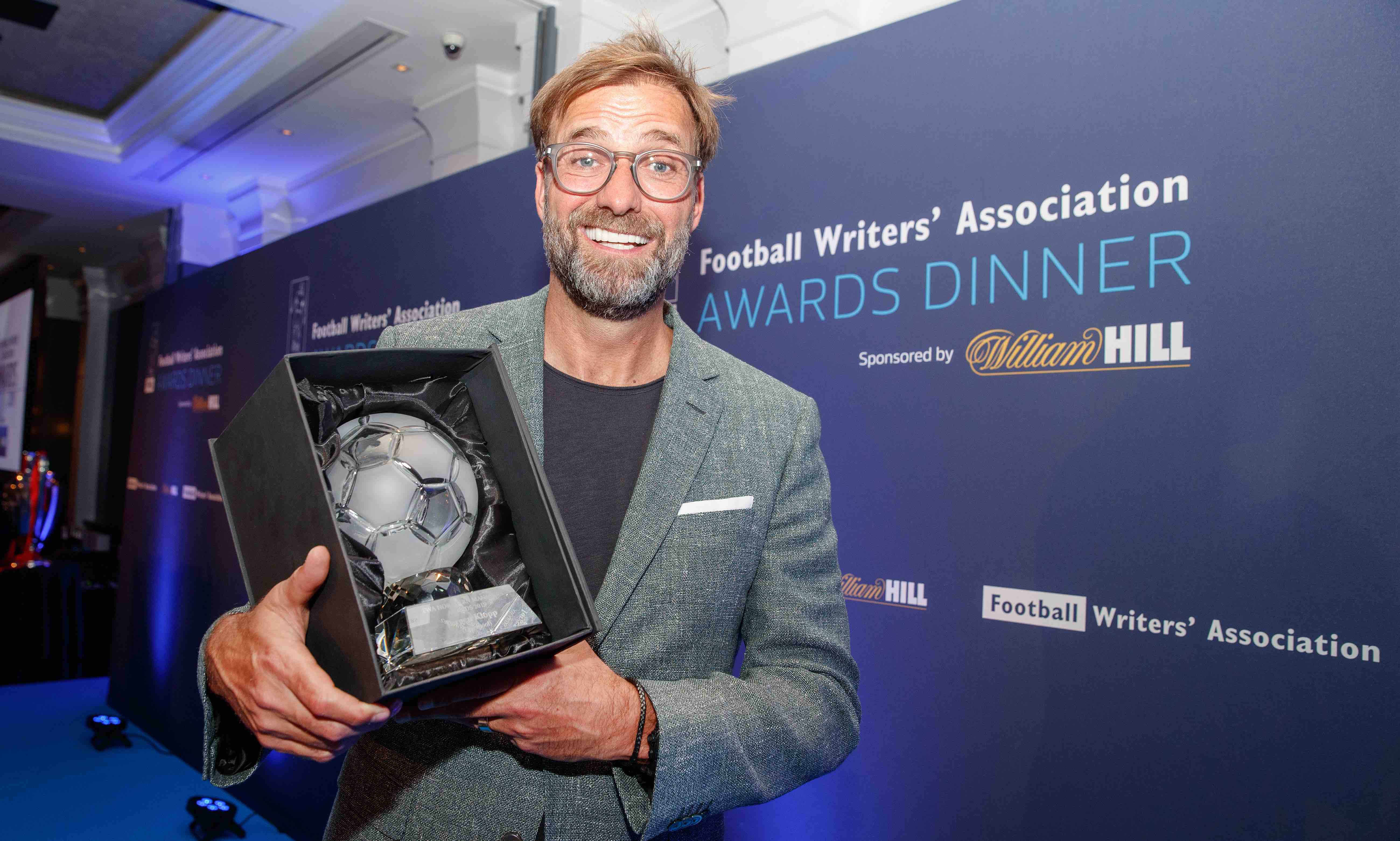 PEP GUARDIOLA AND JURGEN KLOPP were in sparkling form at the Football Writers’ Association Northern Managers awards night, in Manchester on Sunday November 24.

Klopp was honoured for leading Liverpool to victory over Tottenham in the Champions League final on June 1, and he attended the dinner with the trophy standing proudly by the top table.

Guardiola was honoured for leading Manchester City to a domestic treble of Premier League, FA Cup and League Cup. All three trophies were on display at the Radisson Hotel, along with the FA Womens Cup and Continental Trophy, won by Manchester City Women. Their manager Nick Cushing, was also honoured with an award at the event.

Klopp and Guardiola both gave charming and witty speeches, admitting to being envious of each other’s trophies and stating their ambitions to win more.

Ian Dennis, a recent recruit to the FWA, was master of ceremonies for the evening, and a substantial sum was raised for the nominated charity of the FWA’s Northern Branch,the Forget Me Not children’s hospice in Huddersfield.

The event was attended by FWA Chair Carrie Brown, Executive Secretary Paul McCarthy and several members of the national committee. Our thanks to the organisers Richard Bott, Steve Bates, Paul Hetherington and Andy Dunn, as well as the staff of the Radisson and our generous sponsors William Hill.

You can see a video from the evening here: https://youtu.be/2O1u2QYSlos 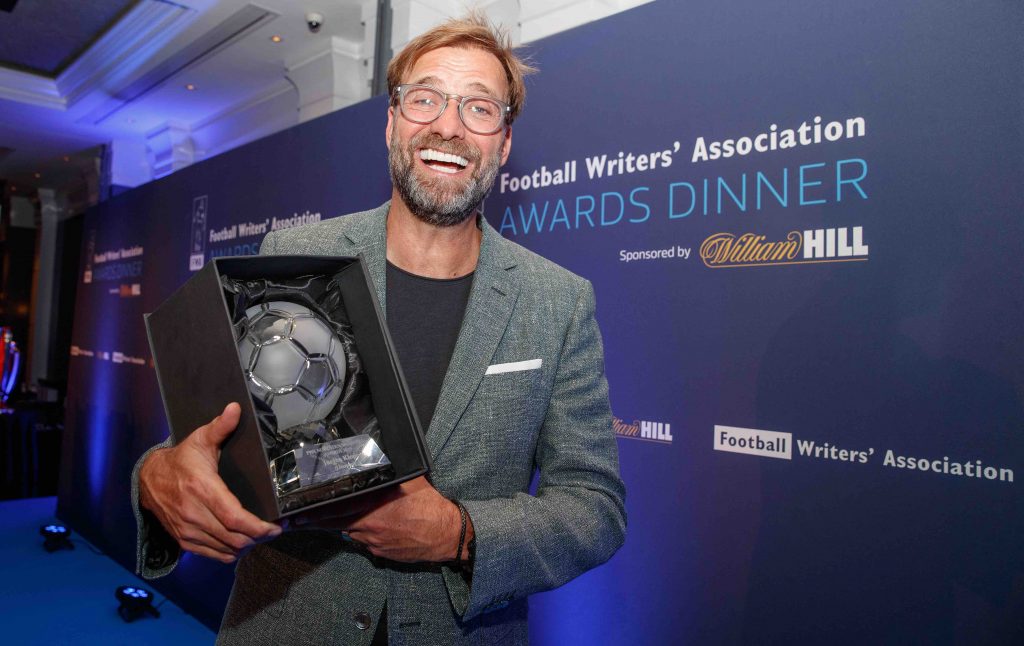 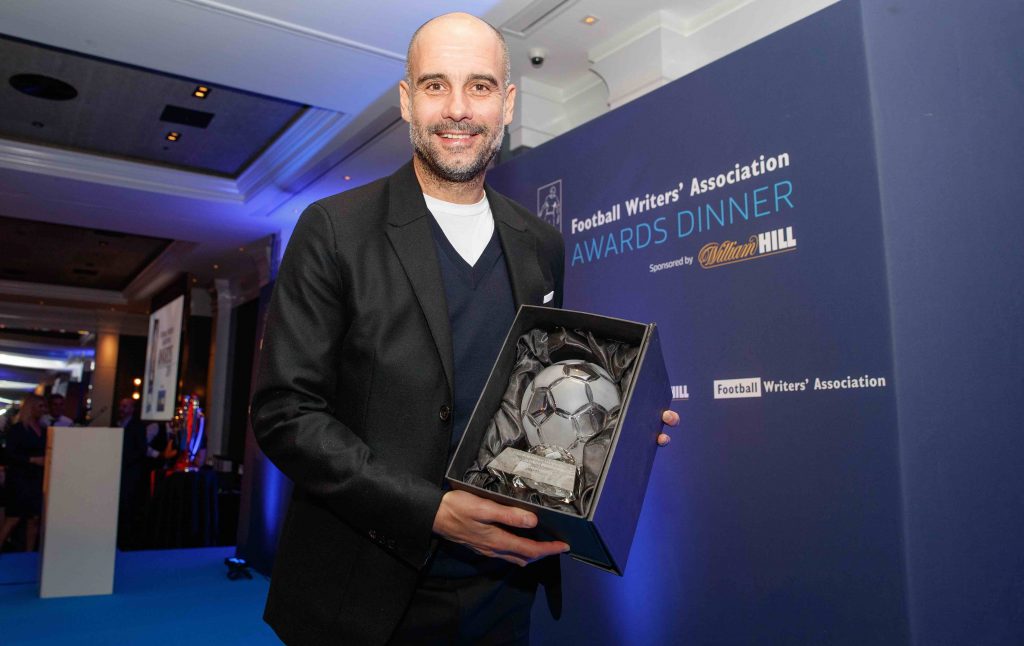