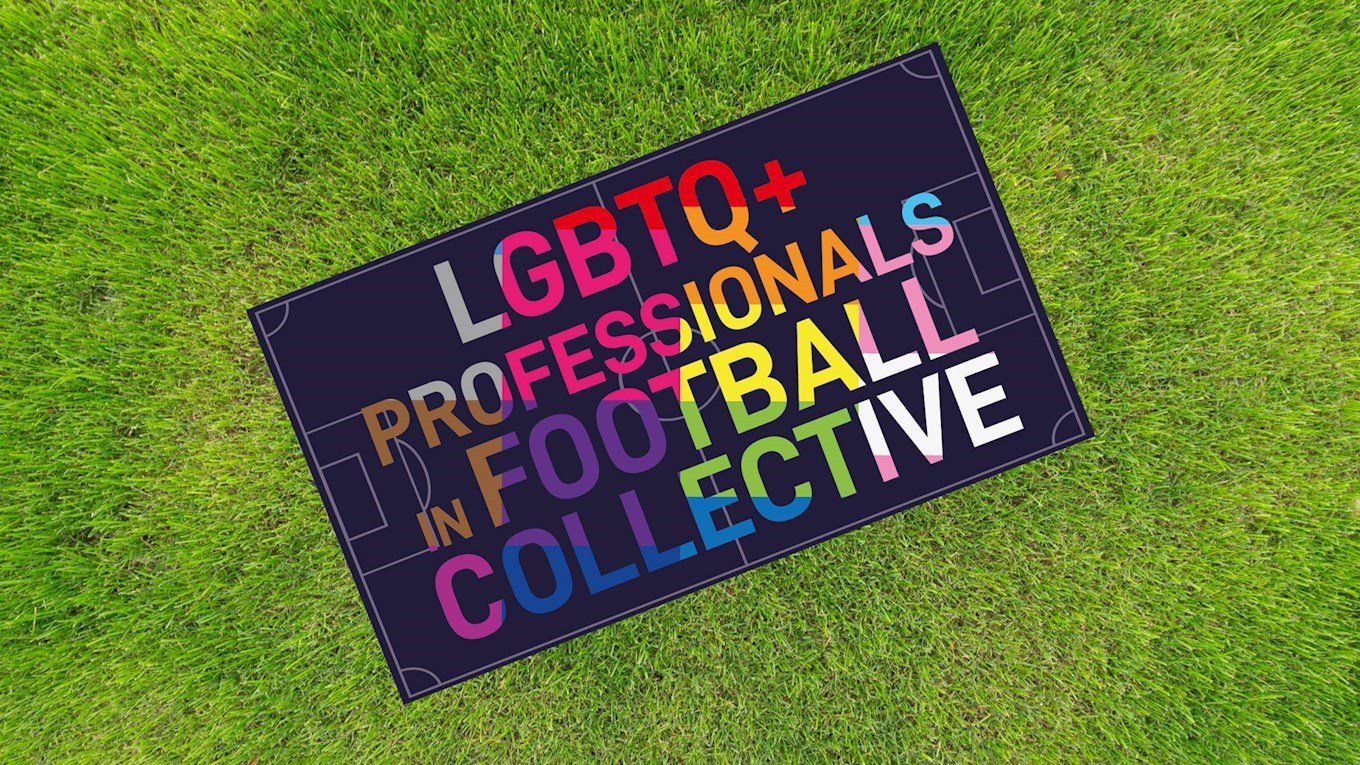 An industry network group for people who are LGBTQ+ within professional and semi-pro football is being launched this Pride Month. Called LGBTQ+ Professionals in Football Collective, the group will foster connections and assist both members and prospective members as they navigate their careers in the game, whether they are players, coaches, match officials, or employed in other roles.

Planning on the project began over a year ago, with around 20 people contributing towards the framework of the group, which also welcomes active allies – those who are not LGBTQ+ themselves but who are contributing towards making football more inclusive and welcoming. The Football Writers’ Association will be supporting the network alongside Football v Homophobia, the Football Association, Kick It Out, The Player Care Group, Inside Inclusion and Sports Media LGBT+. Jon Holmes, a member of the FWA’s National Executive Committee, is one of those who helped set up the group.

“We’re offering a safe space to LGBTQ+ people and active allies – individuals who advocate for LGBTQ+ inclusion and help challenge homophobia, lesbophobia, biphobia and transphobia – across professional and semi-pro football in which they can access and provide mutual support,” says Chris Paouros, vice-chair of Kick It Out and a Collective founding member. “There is already considerable expertise and experience within the group. As new members join, we’ll continue to develop a knowledge base and help people navigate this area of ED&I.

On Thursday 16 June, a launch event for the Collective was held in east London, featuring a panel discussion between four footballers who are helping to provide representation for LGBTQ+ communities.

“For those of us who are able to be visible, we’ll grow that representation in the game and use our collective voice with the goal of making positive change and showing that football is in fact an industry of choice for LGBTQ+ people.”

Bios and Q and As from a selection of founder members are available on the Collective’s website at lgbtqfootball.com, where interested parties can sign up to receive more information via email.