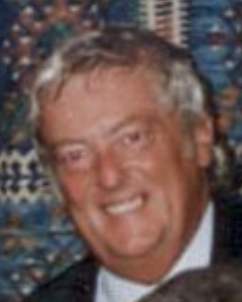 A huge old Fleet Street oak has fallen with the passing of Peter Watson, a powerhouse sports editor of the London Evening News and then the Sunday Express in the halcyon days of newspapers.

Peter was a proud Surrey and then Sussex boy, a top-notch club cricketer and a whirlwind force on the sports journalism scene from the late 1960s into the 1990s. He had a fiery temper to match his flame-red hair, but was always generous with his praise for anybody meeting his energy and search for perfection.

More than anybody, he was responsible for launching the columnist careers of Peter ‘The Poet’ Batt and then the peerless Patrick Collins.

His barnstorming relationship with ‘the Battman’ is a thing of Fleet Street legend. The two Peters used to clash like a pair of rutting stags, Batty usually fuelled by a drink or three too many. The result was invariably some of the finest sports columns ever to adorn the London Evening News and the two Peters later hugging and making up.

Soon they would be back battling again, and Battman dubbed Watto ‘The Ayatollah,’ a less than flattering nickname that stuck. They fought and cussed and cursed each other in full public view and the editorial floor would hush as they shouted insults above the thunder of the presses. It was Fleet Street out of an Ealing comedy. And they loved each other like brothers.

Once Batty had gone a drinking bridge and binge too far, Peter W. took  young Pat Collins under his wing and gave him a platform for his beautifully considered and balanced columns that were the best sports read of their time and the forerunner of his wonderful prose for the Mail on Sunday.

The Watson-Collins partnership was much more serene than the short-lived Watson-Batt battle, but both equally rewarding for readers of sports writing at it very best, most incisive, informative and entertaining.

Watto moved on to the Sunday Express, where he had an up and down relationship with editor Eve Pollard. Peter was out of the blind old school who found it difficult to accept a woman as the superior voice, but he always rewarded her with a cracking and crackling sports section.

Among his most gifted writers was the omniscient James Mossop, who recalls: “Peter was the ultra professional. Had a handle on everything going on in the sporting world, never short of ideas. Oh, and always sociable in or out of the office. A real character.”

I was Peter’s freelance TV sports columnist on both the late, lamented Evening News and then the Sunday Express. He was a driving, demanding, motivational sports editor, and had an almost chilling charisma that brought the best out of his talented staff.

Among his closest confidants was king of the freelances, Dennis Signy, and between them they cooked up many of the most riveting football stories of the pre-Premier League era. Peter never sought the spotlight, but was the hidden driving force behind some of the finest sports pages of the 70s and 80s.

Away from the world of headlines and deadlines, he was a gambling man who always holidayed in Las Vegas, and considered Cheltenham Week holy ground.

Peter and I were close buddies for several decades, playing each other every month in our two-man Giller-Watson Trophy golf competition. Happily, he had the trophy at the end. Rest easy, commander. Your honour.

We sadly lost touch with each other in recent years after he had hidden himself away in Eastbourne. He battled with Parkinson’s and a stroke finally claimed him on April 25, aged 77. He is survived by his adoring wife Sheila, who had been his secretary on the Evening News and his loving stepdaughter Karina.

Ps Peter’s rascally sense of humour shone through to the end. At his request, the send-off music at his funeral service: The theme from The Godfather. That will amuse the many reporters and sub-editors who worked under his whip … and  who were always rewarded with warm thanks for good work.