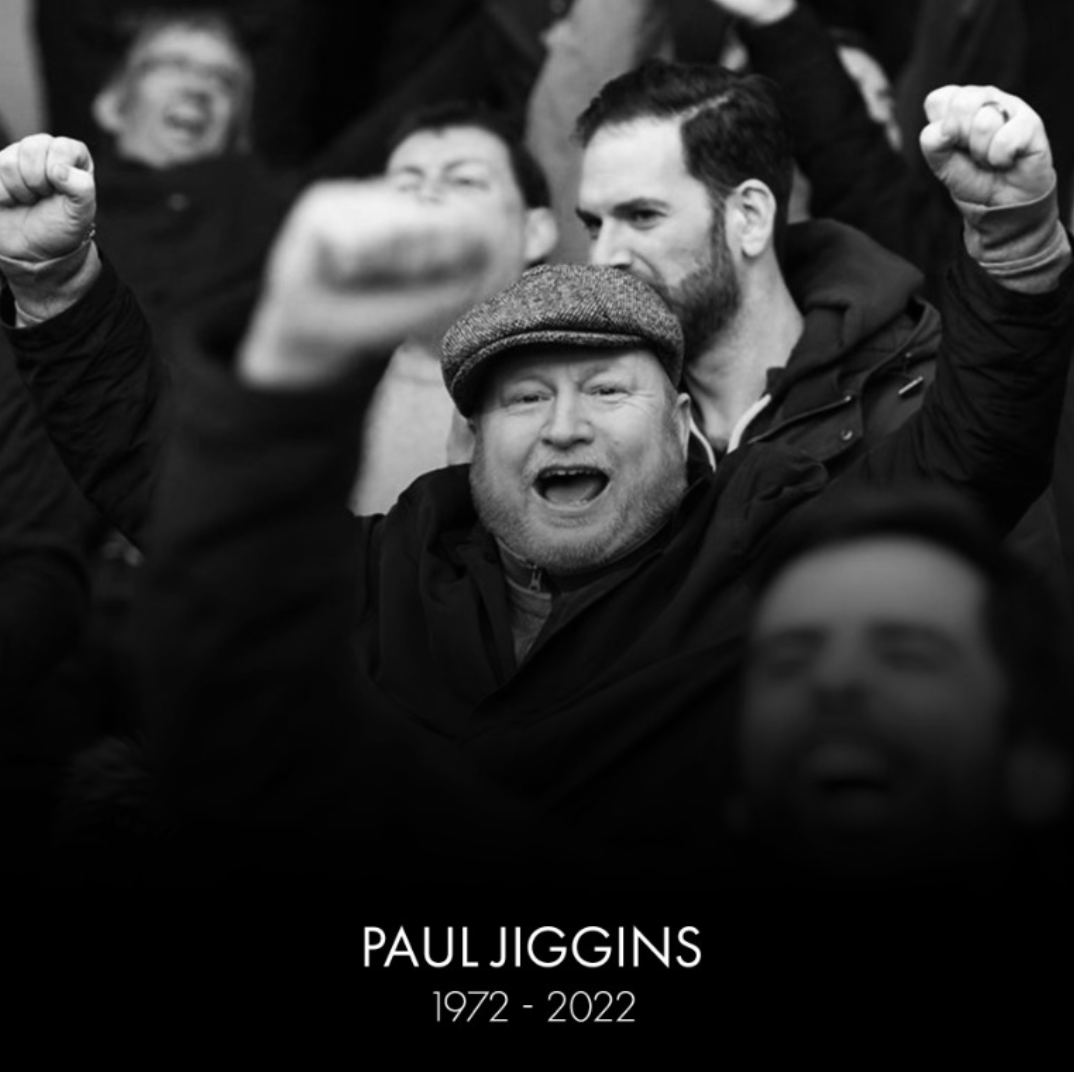 From Sami Mokbel and Mauricio Pochettino

Tributes have flowed for Sun football reporter Paul Jiggins, who passed away suddenly on Wednesday at the age of 50. His friend and colleague Sami Mokbel, of the Daily Mail and FWA National Committee, wrote at length, and also we have a few words from Mauricio Pochettino, who dealt with Jiggo on a regular basis when at Spurs.

From Sami Mokbel: “You rack your brains trying to think of the perfect intro to celebrate Paul Jiggins, then it occurs to you ‘if only Jiggo was here’. He’d have nailed it.The undisputed king of the opening line. It came naturally to him: pouring more entertainment into a 25 word introduction than many of us could muster in an entire report.

“But that was Jiggo – an entertainer. He entertained his readers with his unmistakable wit and ability to make his point in the most captivating of ways. He entertained his colleagues with charm and joviality.You knew if you were sat next to Jiggo on match-day you might struggle to hit deadline. But you also knew you were in for a right laugh.

“Paul was a fantastic all round football reporter. Yes, his one-liners are stuff of legend but he was so much more than that.I’ve lost count times of how many times I’ve been relieved because Jiggo asked a difficult question at a press conference I didn’t fancy asking myself.

“In 2015, on a post-season trip to Australia – my wife Gemma, who was in the early stages of our first pregnancy, rang to say we’d miscarried. Jiggo cuddled me through the final few days of that trip. Literally.  Two years later, when our first child arrived Jiggo reminded of that time in Sydney when he told me everything would work out. But I didn’t need reminding, I never forgot it. Paul looked after me as if I was one of his own – but that was Jiggo.

“Very recently he took it upon himself to inform a load of us on the London beat that a colleague had lost a close family member and made sure we all checked in on him. Again, that was Jiggo.

“He spoke lovingly about his girls: wife Kerry and daughter Millie. There was nothing he wouldn’t do for them – even if it did leave him out of pocket due to Millie’s penchant for expensive trainers! But Paul loved his family, he loved his mates, he loved Millwall.

“The outpouring of emotion from inside the club as news emerged of his passing is testament to how much they loved him. Tottenham, the club he covered with such distinction, won’t be the same without Jiggo. Match-days and press conferences at Spurs just won’t be as fun anymore. Football journalism won’t be the same without Jiggo. We’ll miss your wit, your sharp sense of humour and your brilliant intros.

But most of all, we’ll miss Paul Jiggins the man.”

Mauricio Pochettino added: “I am so sorry to hear the news about Paul. He was probably one of the most regular journalists we would see at our press conferences at Spurs and many times you could expect a question to make you laugh.

“He was there from the start of our Spurs journey in Seattle on preseason, the first British journalist to hear me try to speak English! His family, friends and colleagues are all in my thoughts.”