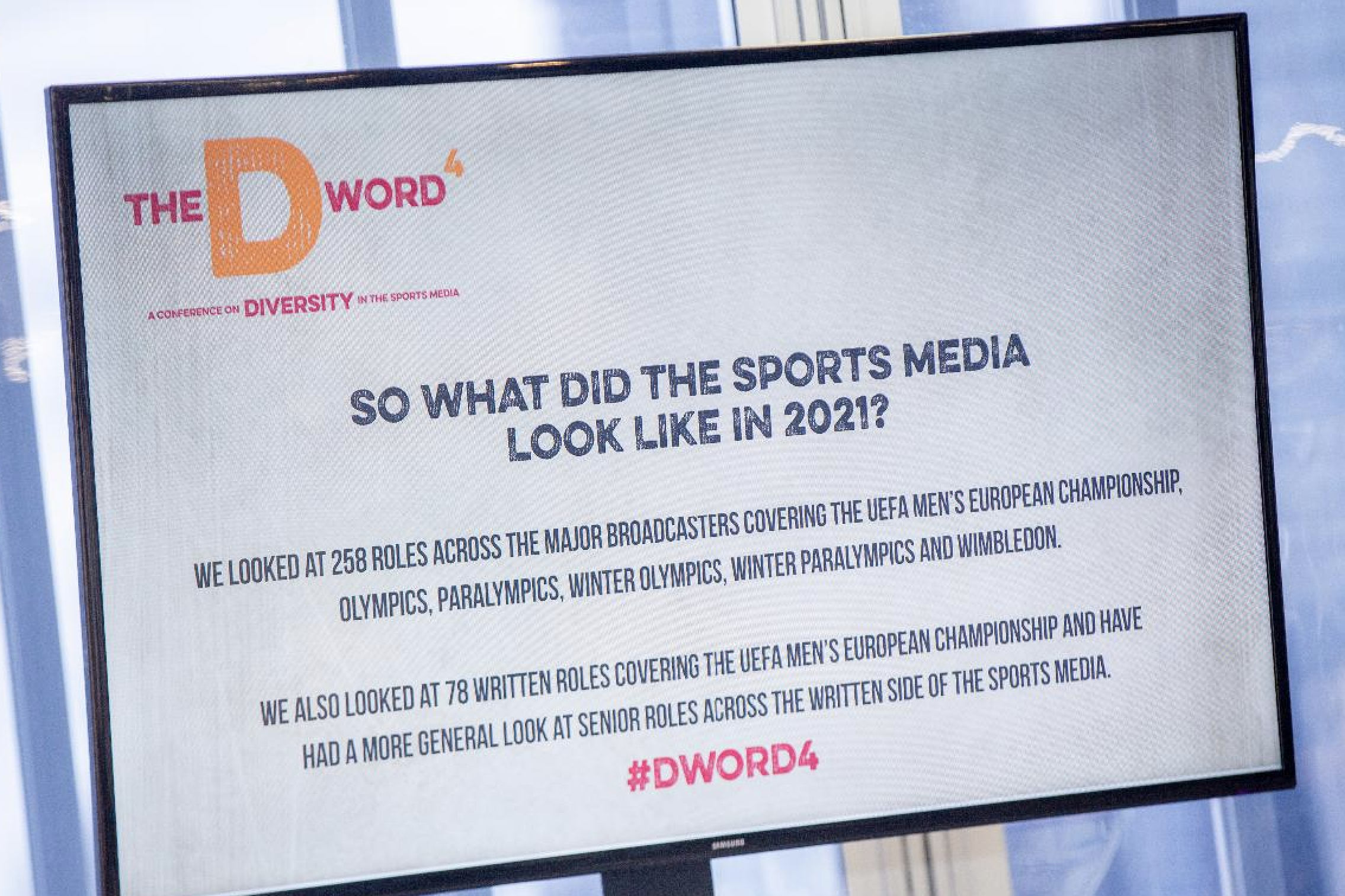 New research released at D Word Conference 4 showed some evidence of progress for under-represented groups in the industry, although this appears negligible in senior leadership positions. Is sports media getting serious about diversity at all levels, or is there complacency at the top?

This quote, from BCOMS chair Drew Christie during the D-Word 4 event held at News UK headquarters earlier this month, could sum up the entire conference – and the most important aspect to be taken from it.

The event, organised by BCOMS, saw several panel discussions regarding the current state of diversity in the British sports media – or, as research presented in the opening speeches revealed, the lack of it.

In the written media, the lack of diversity among those reporting on sport at the top of the industry is especially stark. Just two black sports writers covered the men’s Euros last year, while only three women sports writers were involved in going to games during the tournament.

There is not one woman, or a person from black, Asian or minority ethnic groups, serving as head of sport or chief sports writer across the eight largest mainstream national newspapers in the UK.

Things are slightly better in broadcast media – women filled 35% of the 258 broadcast roles BCOMS reviewed, while there was 5.4% Asian representation across those jobs, and 15% from the black community.

However, whatever change is happening is occurring very slowly, and cannot be allowed to regress – nor can the industry sit on the small successes of a couple of notable names from diverse backgrounds in positions of power, or occasionally push for social change only on the back of a major news story such as the death of George Floyd. As BBC Sport lead executive Stephen Lyle said on one panel, we must “continue to hold the line”.

From a personal perspective, it was an honour to be invited to speak on The Lens workshop panel, looking at what it means to have a lack of diversity in the sports media, where the industry has addressed this and what best practice should look like in the future.

Addressing the diversity vacuum at the top of British sports media was central to our agenda. As my fellow Lens panellist Lianne Sanderson said: “It’s important for the people at the top to have a day in the life of us so they can experience what it feels like.”

Using my own lens, it was stark how absent LGBTQ+ people are from senior leadership roles in sports media. This can be seen in the way the subject is often reported inexpertly in Britain, a frustration commonly voiced in the responses to Sports Media LGBT’s survey on the topic.

I was not surprised to be the only trans person in the room, and I expressed my frustration on stage with the way British media seems to only refer to people like me as perverts or cheats. This sense of a desire for our media to do better across all matters of diversity pervaded through the entire conference.

Will it lead anywhere? There is some space for optimism – but only if we keep having uncomfortable conversations.

For more information on D Word 4 and its research, visit the BCOMS website and contact info@bcoms.co. Thanks to Leon Mann and the team for organising the Conference, and to News UK for hosting.

How is the sports industry faring on LGBTQ+ inclusion? Help to answer this question by taking the quick and easy-to-complete Sports Media LGBT+ Survey, which is open to all.