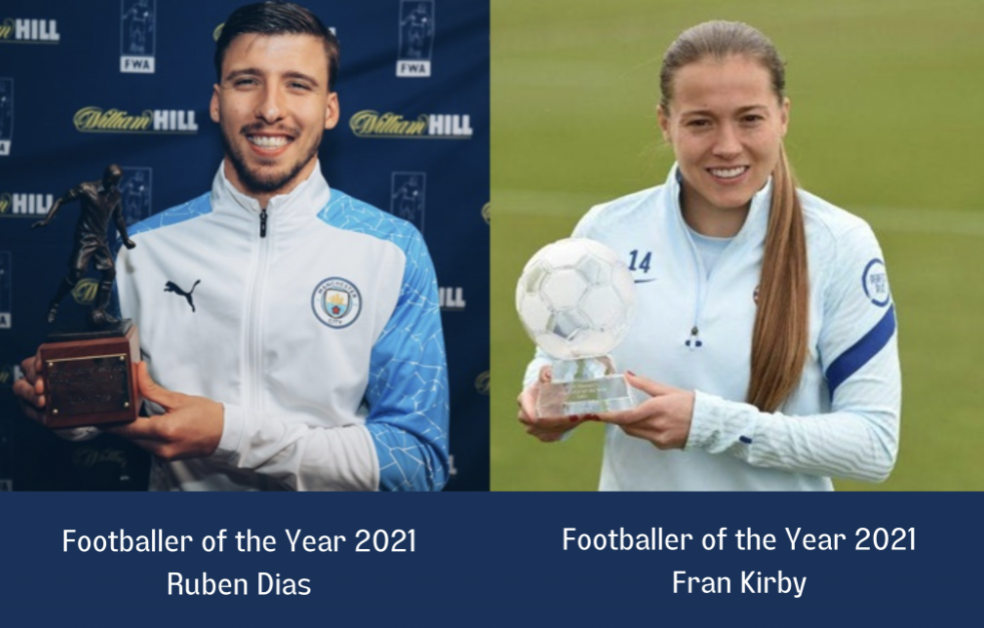 Voting via your unique code is extremely straightforward but I can also accept votes by email (paul@maccamedia.co.uk) or by text/WhatsApp on 07831 650977.

Voting closes at midnight on Wednesday April 27. The winner will be announced on Friday April 29.

Last year’s winners were Ruben Dias of Manchester City and Fran Kirby of Chelsea. FWA member Tom Clark has put together a fine archive of the award’s history, including interviews and profiles, here: https://footballwriters.co.uk/foty-archive/history-of-the-football-writers-association-football-of-the-year-award/

In terms of the dinner, members can book individual tickets or tables of either 10 or 12 at a cost of £90 per ticket. Those of you who purchased tickets/tables for the postponed Tribute Night in January have automatically been allocated the same number of places at the Footballer of the Year dinner so there is no need to apply, although I am happy to confirm if necessary.

To book tickets, contact me via email paul@maccamedia.co.uk  Full menu details and drink order forms will follow shortly but in the meantime, I am looking forward to seeing you as many of you as possible in person after so many cancelled national events.