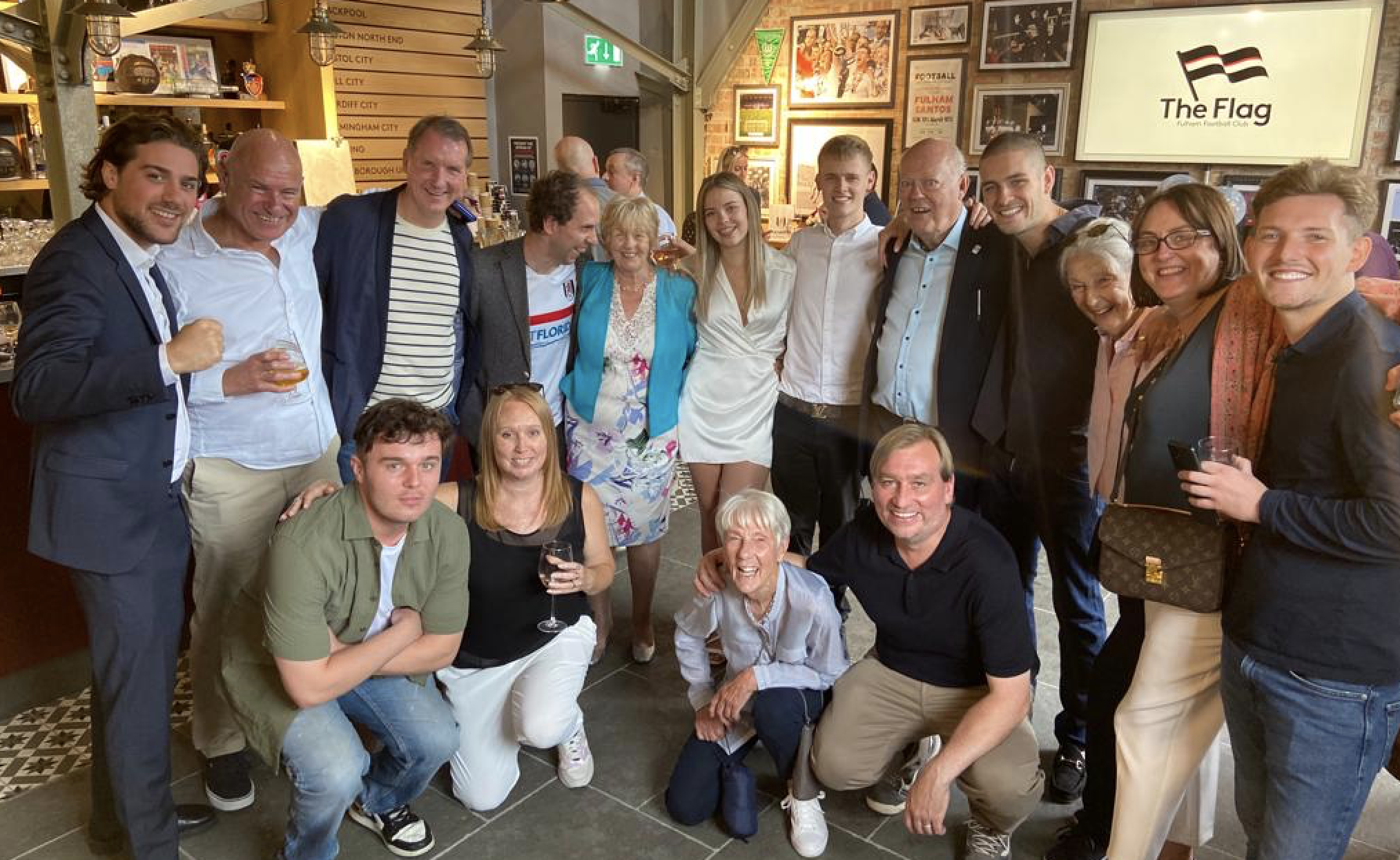 Fearless Foundation remember our former friend and colleague, ten years after his death

The Fulham Supporters’ Trust were delighted to play a part in organising the event, part of a series of planned activities over the coming year in association with the Fearless Foundation set up by Danny’s family, to both further his legacy and support the progress of young journalists from underprivileged backgrounds into the media industry.

On a glorious sunny afternoon at Craven Cottage, we were joined by several of Danny’s former colleagues, including the Mirror’s John Cross, Shaun Custis from the Sun, Henry Winter from the Times and the FWA’s former Chairman Paddy Barclay, who is a Fulham season ticket holder.

We would like to thank Fulham captain, Tom Cairney, whose first interview as a professional footballer was conducted by Danny, for sending a touching video message of support.

The Fearless Foundation, named after Danny’s award-winning column in the Daily Star and in recognition of his brave battle against cancer, has delivered several activities in association with the Fulham Foundation and other football clubs for young people in public health and education in the past.

Representatives from the Trust board have committed to work with Danny’s family, the Fearless Foundation, Fulham Football Club and the Football Writers’ Association to ensure that Danny’s legacy is firmly established amongst the Fulham fanbase for many years to come.