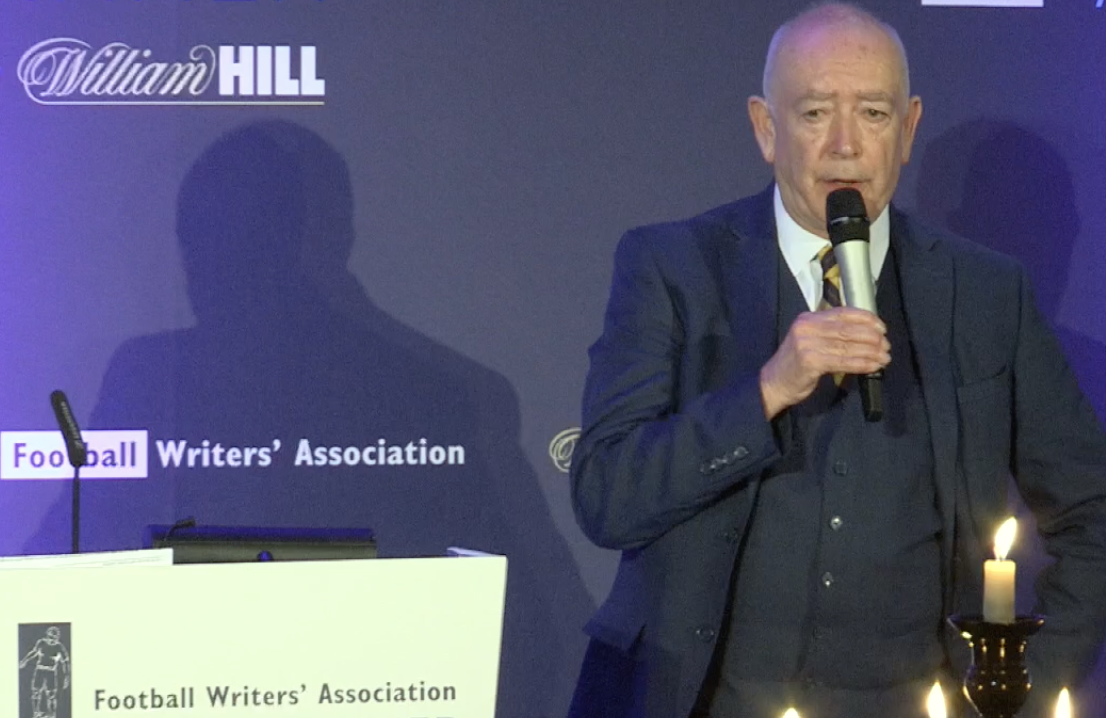 MANAGERS at all levels of the game were honoured in style as the football family descended on Manchester last Sunday Feb 6th for the FWA’s first Northern Managers awards night since 2019.

Manchester City manager Pep Guardiola was the highest profile winner, admitting in a video message he felt he was missing out as the club’s Covid restrictions made it impossible for him to attend.

But his pledge to try and win it again will mean he can fulfil his promise of toasting the association with champagne on his return.

This year, hundreds of the football family, FWA members and guests ensured the superbly-organised event at Manchester’s Radisson Edwardian Hotel was a night to remember as friends old and new made the most of seeing each other in person.

Former FWA chairman Paul Hetherington was the driving force behind the night, which also raised £1,605 to aid Muscular Dystrophy, as he also made a special award to Life Member Richard Bott to mark the 40th anniversary of him launching the Northern Managers Awards.

“Apart from acknowledging the cream of the northern club managers it was just a special occasion to get so many people out again and seeing smiles on so many familiar faces,” Hetherington said.

“I have already received some marvellous feedback from those in attendance and they are already looking forward to returning in 2023.

“It’s a testament to the vision and work of Richard Bott, who has been to every single dinner, and his fellow founders Norman Wynne and Don Evans  the night is still so popular 40 years since they started it.”

As ever, the event was supported by our generous title sponsors William Hill.