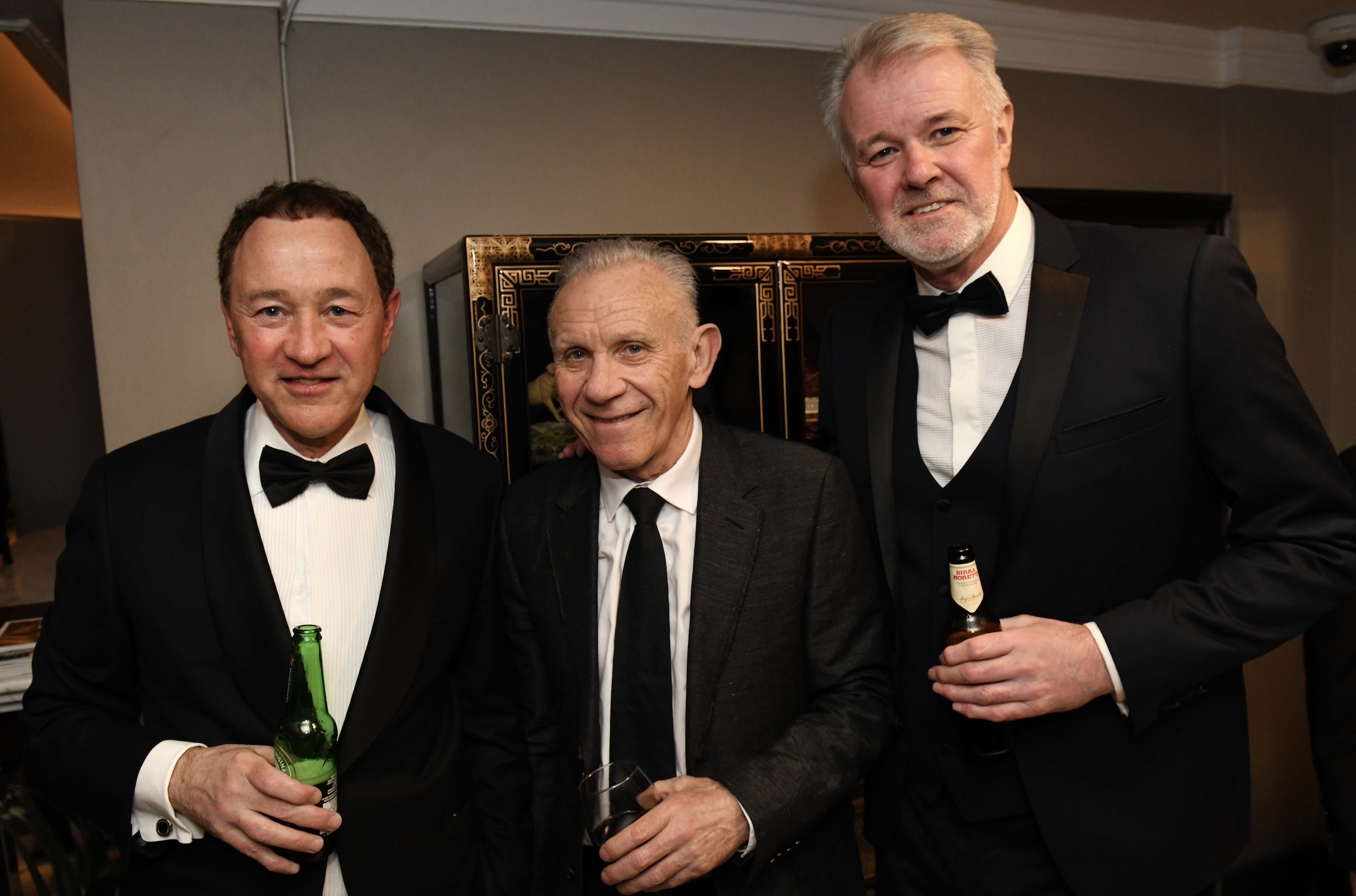 Once again, the North East Football Writers’ Association Awards, sponsored by William Hill, supported the Sir Bobby Robson Foundation with their star-studded event at Ramside Hall in Durham on March 6.

The hugely popular winner of North East Personality of the Year 2021, an award given in association with the Sir Bobby Robson Foundation to recognise someone who uses their position within football to benefit the wider community, was Chris Kamara.

Chris was presented with the award by Sir Bobby’s son, Mark Robson, and Middlesbrough Chairman, Steve Gibson, a Patron of the Foundation, gave a wonderful, heart-felt speech about his childhood friend.

Steve said: “Chris is Chris, a ball of fun, and he’s brought a lot of pleasure right through all our lives. Our childhood went too quickly. We played a lot of football together and Chris was a great athlete and good footballer.

“People forget just how good a footballer he was, 750 appearances. And everybody remembers the tough tackling Chris Kamara but I remember him spraying the ball around, a very intelligent player and probably more suited to this generation that he was his own generation.”

Chris spent 24 years in football as a player, coach and manager and a further 24 years covering the game on television. He is a patron of Show Racism The Red Card, has been an ambassador for Marie Curie for more than a decade and became an ambassador for Special Olympics Great Britain in 2011 after taking part in the Special Olympics Unity Cup in Cape Town during the 2010 FIFA World Cup.

In addition, the Secretary of the North East Football Writers’ Association, Colin Young, received a surprise, additional Bob Cass award for services to the Association.

The night also celebrated the region’s magnificent non-league clubs with an award to Hartlepool United to mark their return to the Football League in 2021-22, and to Consett AFC and Hebburn Town, who played against each other in a thrilling FA Vase final at Wembley in 2020.

Luke was honoured for raising more than £7,000 for NHS Charities Together and helping keep Sunderland supporters active during lockdown by delivering daily fitness sessions via YouTube.