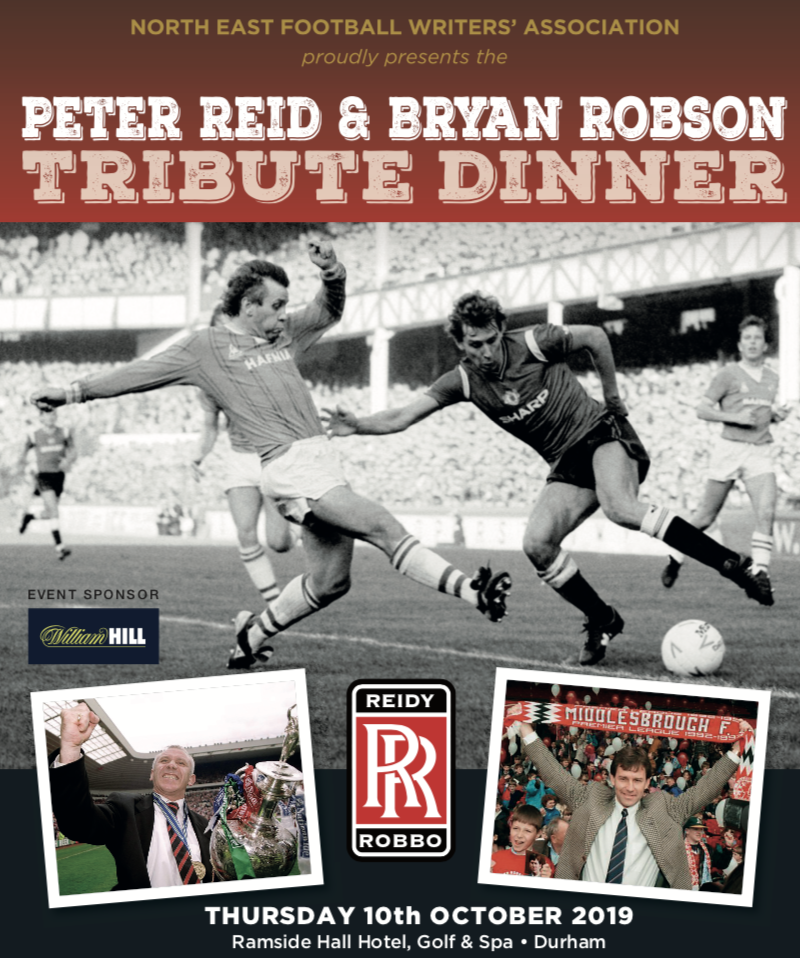 PETER REID and BRYAN ROBSON, two of England’s finest midfielders and later successful managers in the North East, were honoured as North East Legends by Football Writers’ Association on October 10th at the Ramside Hall in Durham.

The award is in recognition of the contribution the two men made as managers in North East football, as they helped to put Middlesbrough and Sunderland on the football map in the formative years of the Premier League.

Two of their most famous former players from Sunderland and Middlesbrough, Kevin Phillips and Nigel Pearson, paid tribute on the night, taking part in a Q&A session on stage with Simon Crabtree, one of the region’s most popular broadcasters.

Shortly afterwards Peter Reid took over at Sunderland and led them from Roker Park to the Stadium of Light and into the Premier League.

In front of a sell-out audience, the two swapped stories about their days playiing against each other in youth football, then at senior level and also as England team-mates, before working closely as managers.

The evening, supported by our title sponsors William Hiill, was a great success and raised a considerable sum for charity.

Please visit our YouTube channel for interviews and footage from the evening.https://youtu.be/Ljx18mM4pbc

Our thanks to Colin Young and Paul Hetherington for organising the evening, to Claire Stephen and staff at Ramside Hall, and to our sponsors William Hill.