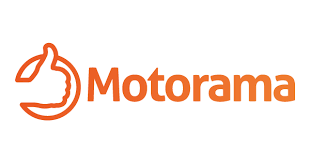 Motorama, sister company of FWA partner Vanarama, will take over the title sponsorship of the National League from the start of next season.

This new agreement will build on the success of the Autorama Group’s previous work with the National League through Vanarama as National League title sponsors since 2013. The sponsorship, along with support for the FWA through our annual Golf Day and regular National League columns, propelled Vanarama into the homes of millions of people around the UK, driving huge engagement with the brand and the wider football community.

Motorama (a new car leasing company) will take the naming rights from the start of the 2019/2020 season – to encourage real football fans to STOP buying cars and to START leasing them with Motorama.

The growth of car leasing has been huge in the last three years and is expected to grow exponentially as customers become less interested in show rooms, and more comfortable with online purchases. In fact, 67% of customers that lease with Motorama don’t test drive the vehicle they choose to lease. Drivers are now leaning towards car ‘usership’, rather than ownership – making getting a car as simple as getting a mobile phone, with the same opportunity to upgrade every couple of years.

Autorama’s extension of the existing partnership with the National League under the Motorama brand will ensure that along with the National League they can take the competition to the next level. It signifies Autorama’s commitment to remain firmly at the heart of football – and engage football’s most committed fans. The Motorama National League will continue to receive incredible exposure, with BT Sport broadcasting live matches and highlights for the next three years – allowing even more opportunity for Motorama’s leasing proposition to outstrip tired and dated traditional car-buying.

Andy Alderson, Autorama Group CEO, said:  “We’re delighted to be continuing our relationship with The National League. With cars making up 88% of new registrations in the UK, the new sponsorship will appeal to a wider audience within the followers of National League football and provide a great opportunity to elevate and scale the partnership we currently enjoy with the National League. It will allow Motorama to enjoy the prestige of being title sponsor of one of the UK’s most popular football leagues and get its message that people CAN lease the cars they want – rather than settle for something they can find on a used dealer’s forecourt – to an engaged audience of enthusiastic fans.”

Previous title sponsor Vanarama found title sponsorship of the National League a game-changing decision, with customer engagement and intent-to-use the commercial vehicle leasing brand sky rocketing as a result. Vanarama now has the highest awareness in its market, thanks largely to the Vanarama / National league partnership which has reached a peak of cooperation and mutual benefit most sponsorship partnerships can only dream of.