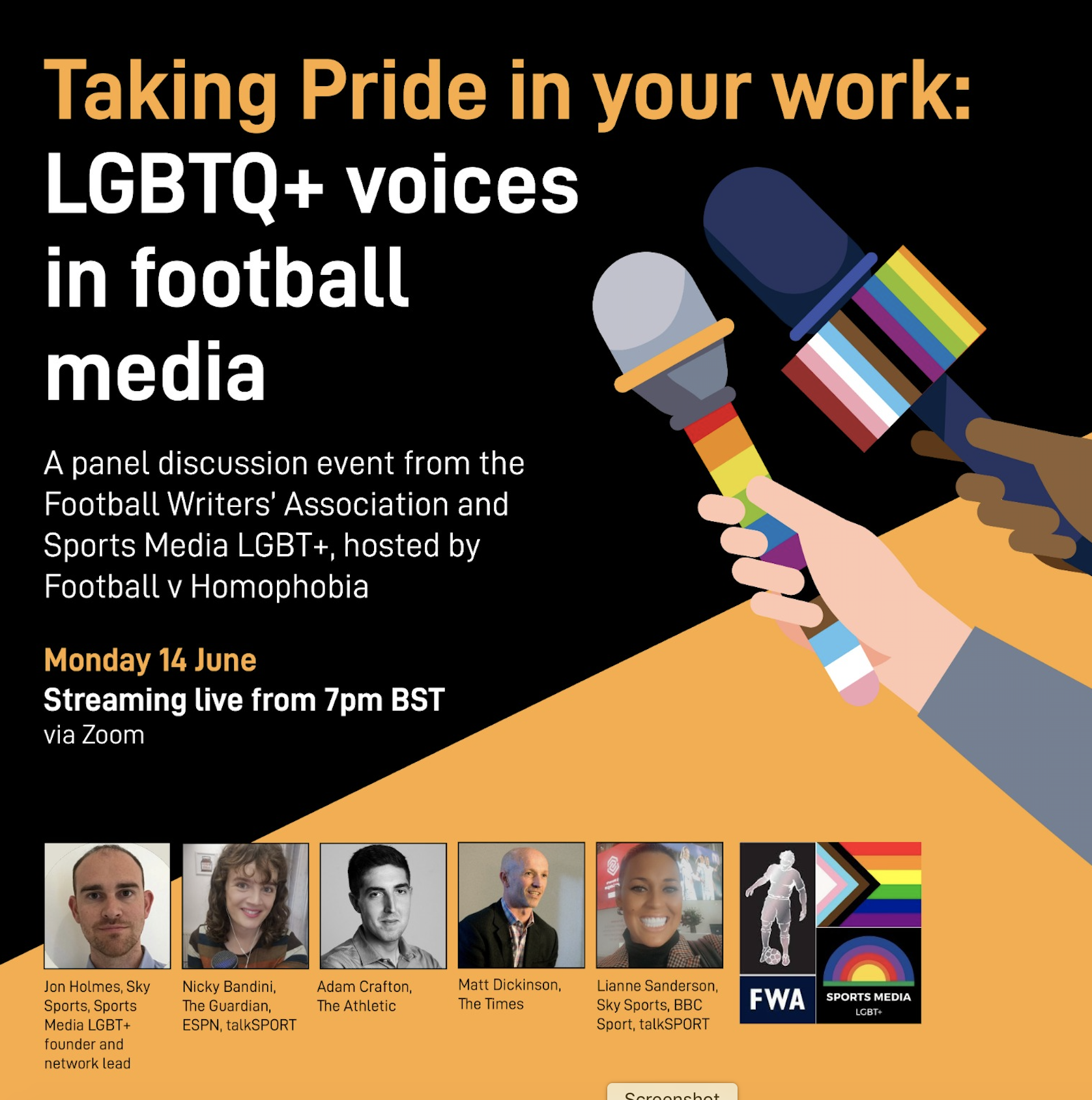 This Monday June 14 you are invited to a panel discussion from the Football Writers’ Association and Sports Media LGBT+, hosted by Football v Homophobia streaming live from 7pm BST via Zoom and FvH Facebook

The football journalism industry is highly competitive and demanding – and it can also be hugely satisfying and rewarding.

Increasingly, efforts are being made to raise awareness about inclusion and take steps to attract a more diverse workforce. In Pride Month – an important time of year for LGBTQ+ communities – how is the industry faring on representation of lesbian, gay, bi and trans people?

As the FWA and Sports Media LGBT+ kick off a new partnership, the two groups will hold a panel event featuring guests who will discuss their experiences, assess the progress made, and identify areas for action so that everyone – whether writer, reporter, commentator, or those in other roles – feels free to be their authentic selves in football media.

The event will be hosted on Zoom by Football v Homophobia (Pride Sports UK) and also live streamed on the FvH Facebook page. 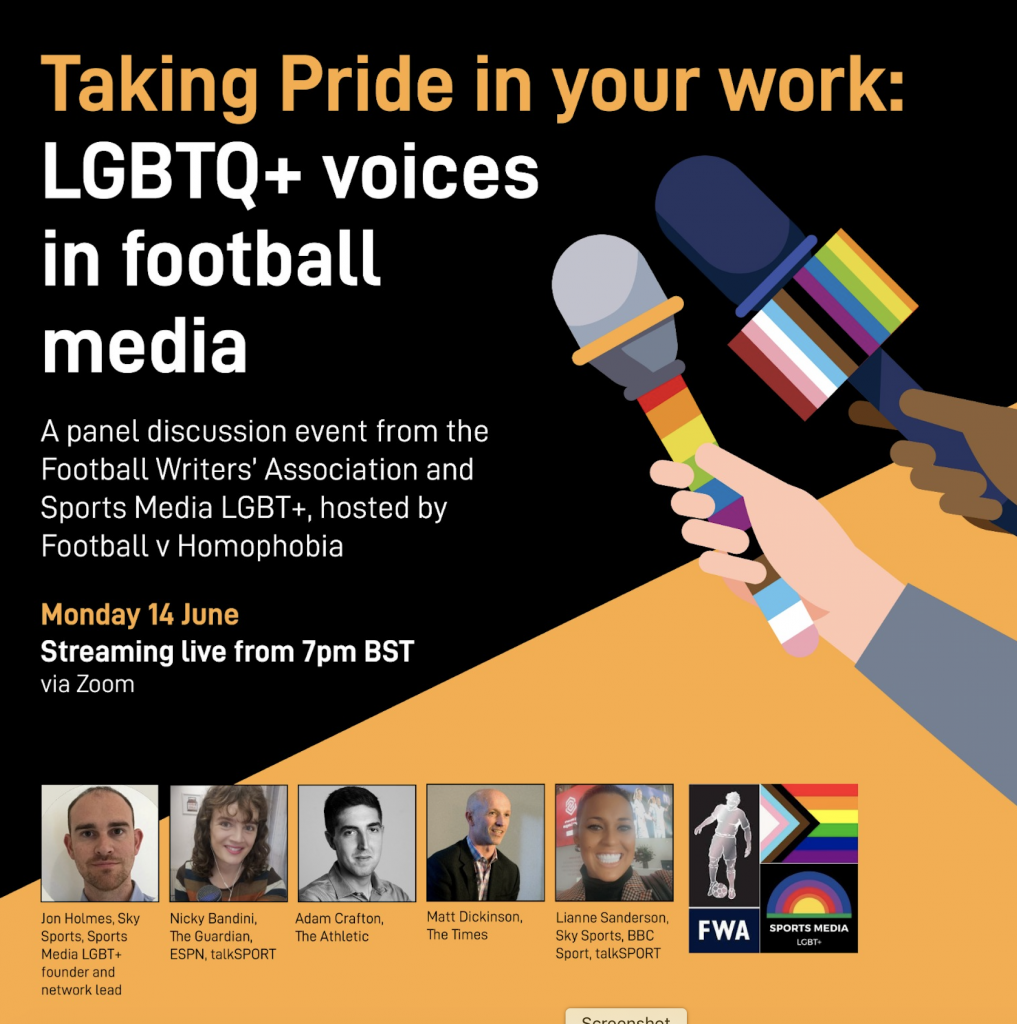