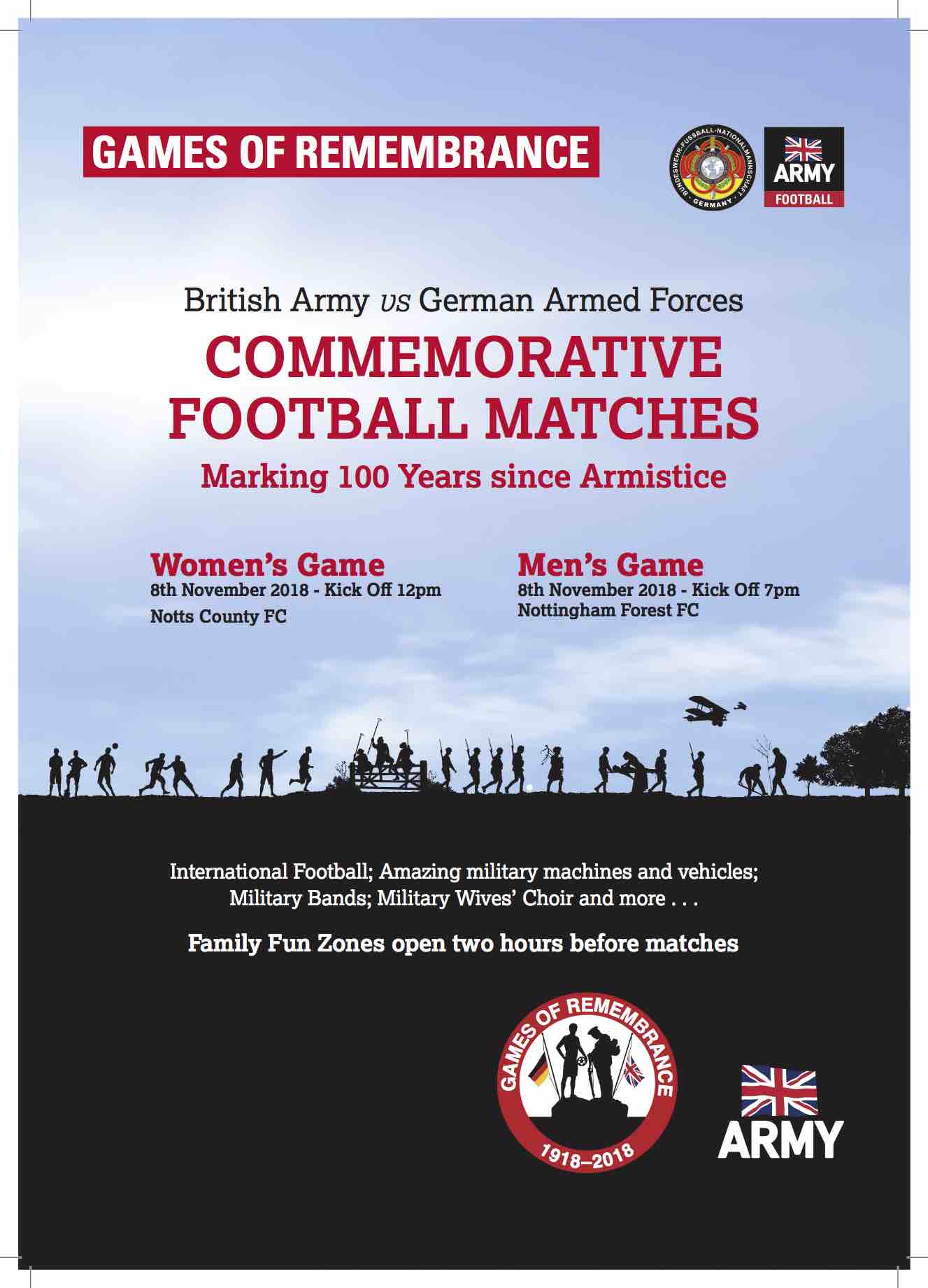 The FWA is pleased to support two important Games of Remembrance on Thursday November 8 in Nottingham.  Representative teams from the Armed Forces of Great Britain and Germany will play two matches to commemorate the 100th anniversary of Armistice.

The first game, between the women’s teams, is at Notts County’s Meadow Lane kicking off at 12 noon, and then the men’s teams will play at Forest’s City Ground at 7pm.  It is aimed at families especially and ticket packages are very reasonable – for details visit https://www.gamesofremembrance.com/ 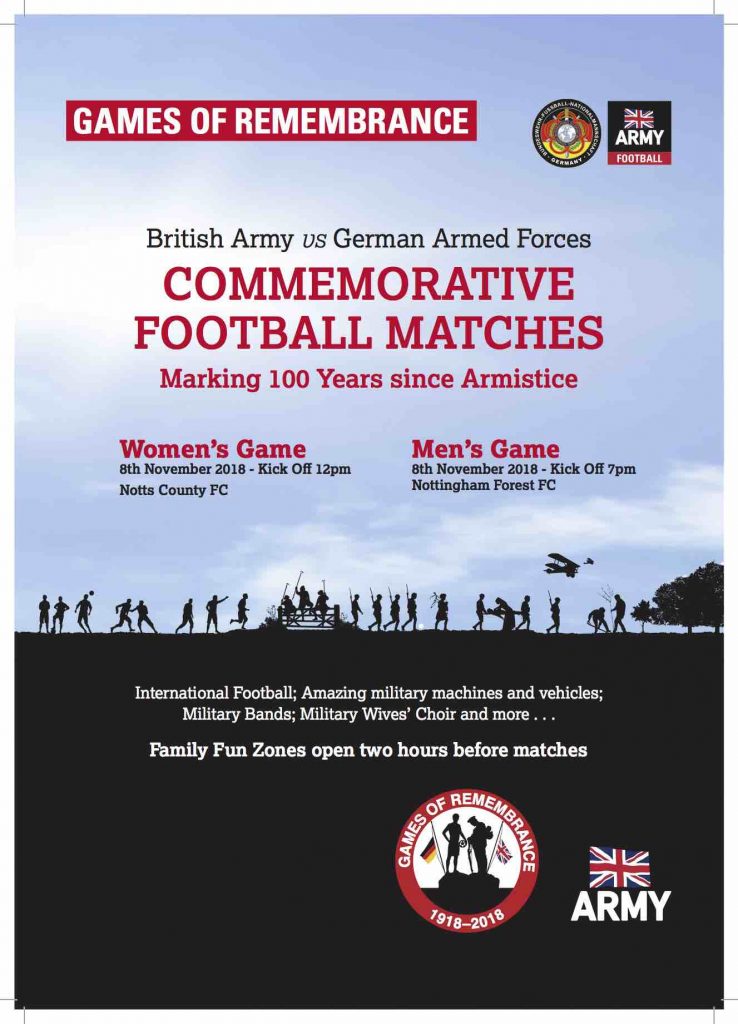