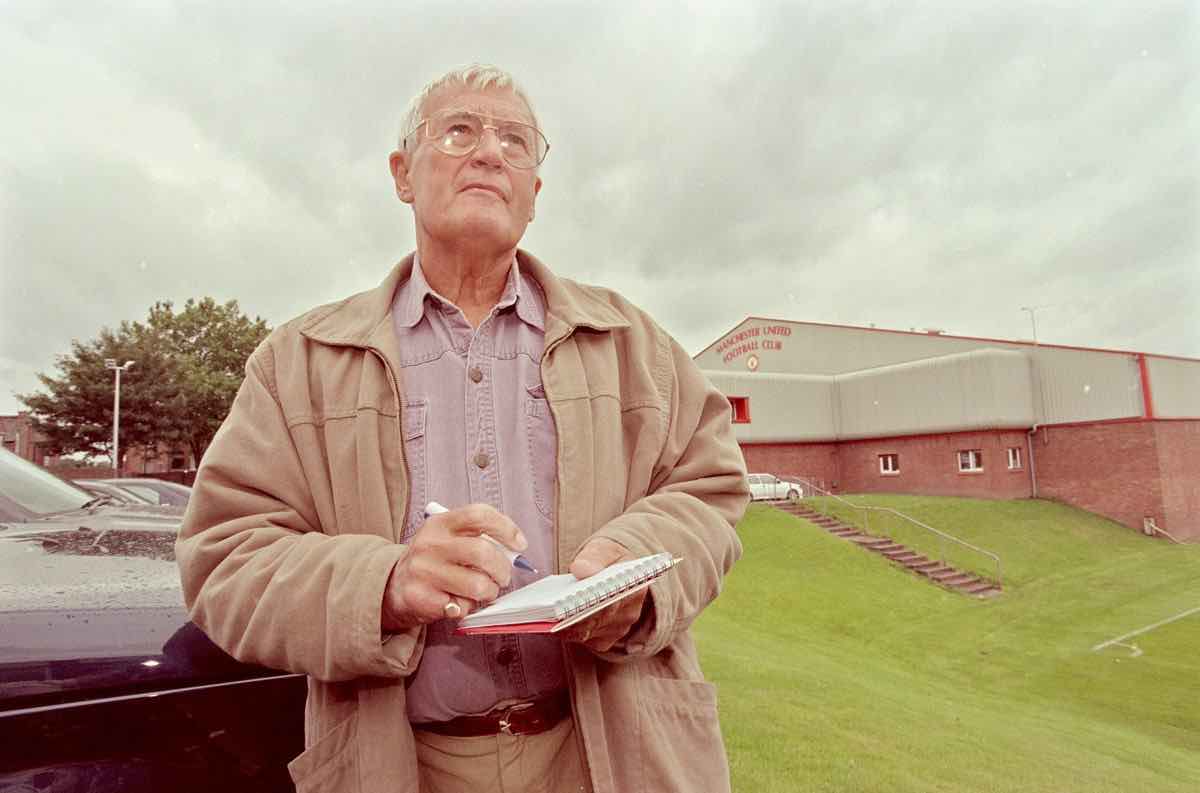 Tributes have been pouring in for David Meek, one of our life members, who has passed away at the age of 88.

David started covering Manchester United for the Manchester Evening News in 1958 after the Munich air disaster claimed the life of the MEN’s Reds correspondent Tom Jackson.

He continued until his retirement in 1996, building close ties with the club and its leading managers including Sir Matt Busby and Sir Alex Ferguson.

He was highly regarded among his peers and the world of football, as a local newspaperman par excellence, always representing the views of his readers while maintaining a strong relationship with the club, which is no easy balancing act.

Manchester United, the MEN and many journalists, fans and players tweeted their tributes to David on hearing the news. Here is the personal recollection of FWA Chairman Paddy Barclay, who knew David from his early days in sportswriting.

Journalism is sometimes said to be a ruthless business. But never by anyone judging us by the standards of David Meek.

‘’Meeky’’, who died in the early hours of this morning, seemed incapable of writing a line for the Manchester Evening News without considering its impact on the subject – it might be a football player, manager or director – and anyone else affected.

You could see this quality in his handsome face if you asked a question – as many did, for he was the man to whom we all went for authoritative opinion and guidance on Manchester United affairs. He would frown, concentrating, as he thought the matter through, and then deliver a verdict of sometimes frustrating fairness.

But that was David: a fair and fine man, as well as an outstanding journalist of the old school. In any job you need a few strokes of luck, and one of mine was to start as a football writer with The Guardian in Manchester in 1977. Because our sister paper then was the Manchester Evening News, I got to sit alongside David in the Old Trafford press box, and learn from a master.

It was also a pleasure to travel with him. Latterly this was sometimes in the company of Liz, his beloved second wife. But an early trip was to Tampa Bay, where United played a friendly against the Rowdies, featuring Rodney Marsh. Our baggage initially refused to cross the Atlantic and, upon hearing of this, a United bigwig offered David a club polo shirts; a consignment had been taken as gifts for any fans that might turn up.

When the bigwig, who had better remain nameless, added that David might kindly have the shirt laundered afterwards and returned, our hero, with typical restraint, declined to guffaw. He could see United’s traditional faults – and care with money had been a trait even in the days of Sir Matt Busby, to whom David was introduced a few months after the devastating aircraft crash at Munich in February 1958 – but never ceased to be a friend of the club.

The association began immediately after Munich. Tom Jackson, who covered United for the Manchester Evening News, was among the journalists who died. David was a young leader writer at the time – in succession to Harold Evans, later to become a great editor of The Sunday Times – but he had briefly covered his home-town club, York City, for the Yorkshire Post (his father, a journalist before him, had not only covered York but served as chairman) and that, in the emergency, was deemed qualification enough.

In a matter of days, he was at the Norbreck Hotel in Blackpool, where United’s remaining and hastily signed players had been taken by Jimmy Murphy, manfully standing in for Busby while the boss ailed in a Bavarian hospital. ‘’I’ll always associate those days with the smell of chlorine,’’ said David, ‘’because Jimmy used to hold his press conferences at the end of the swimming-pool.’’

David’s journalism was always constructive if that could be achieved. Not that it saved him from the ire of some of the managers with whom he worked, including a recovered Busby. A couple of years after Munich, relegation threatened United and some papers were calling Busby’s future into doubt. So David sought an interview with the then chairman, Harold Hardman.

‘’My purpose was to get him to say it was rubbish,’’ David recalled, ‘’and Harold responded as I thought he would. He said it was ridiculous – Matt was part of Manchester United and that was how it would stay. I duly wrote the piece. But Matt didn’t see it as I had.’’ He called David into his office and accused him of going behind his back to the chairman and trying to stir up trouble. ‘’I put my case,’’ said David. ‘’I thought he was being over-sensitive.’’

Between Sir Matt and Sir Alex Ferguson, whose complaints were at least more predictable, came Wilf McGuinness, Frank O’Farrell, Tommy Docherty, Dave Sexton and Ron Atkinson. All had the utmost respect for David and on one of the last occasions I saw him socially he and his son Andrew had chats with McGuinness and Atkinson at an event organised by the Association of Former Manchester United Players. His friendship with this admirable organisation was huge and almost palpable and last year AFMUP, who usually salute one of their own, made an exception by honouring David.

He richly deserved the ensuing ovation, for, although he could be critical when he felt it was required – and his barbs had all the more effect for being judiciously placed – his work had a conscience. He was a perennial credit to journalism. Above all, to those of us who knew him, he was the best of friends and a source of wry fun. To Liz, to David’s daughter Joanna, to Andrew, to his step-daughter Emily, grandchildren Jonathan, Victoria, Christopher, Hannah and Dominic and the rest of his family, we can only offer our deepest sympathy. 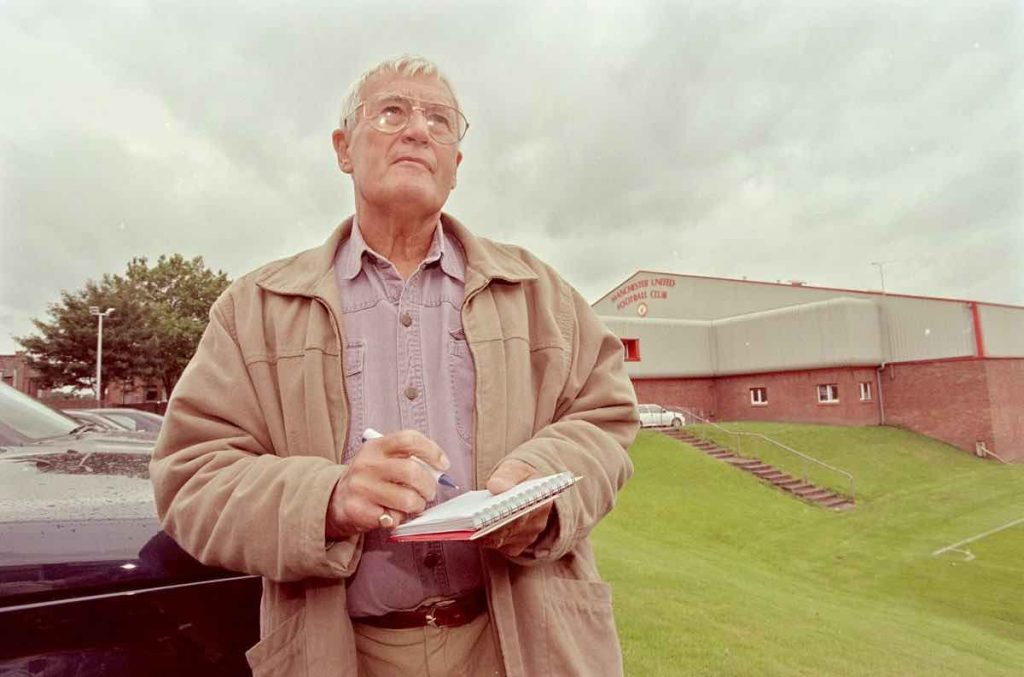