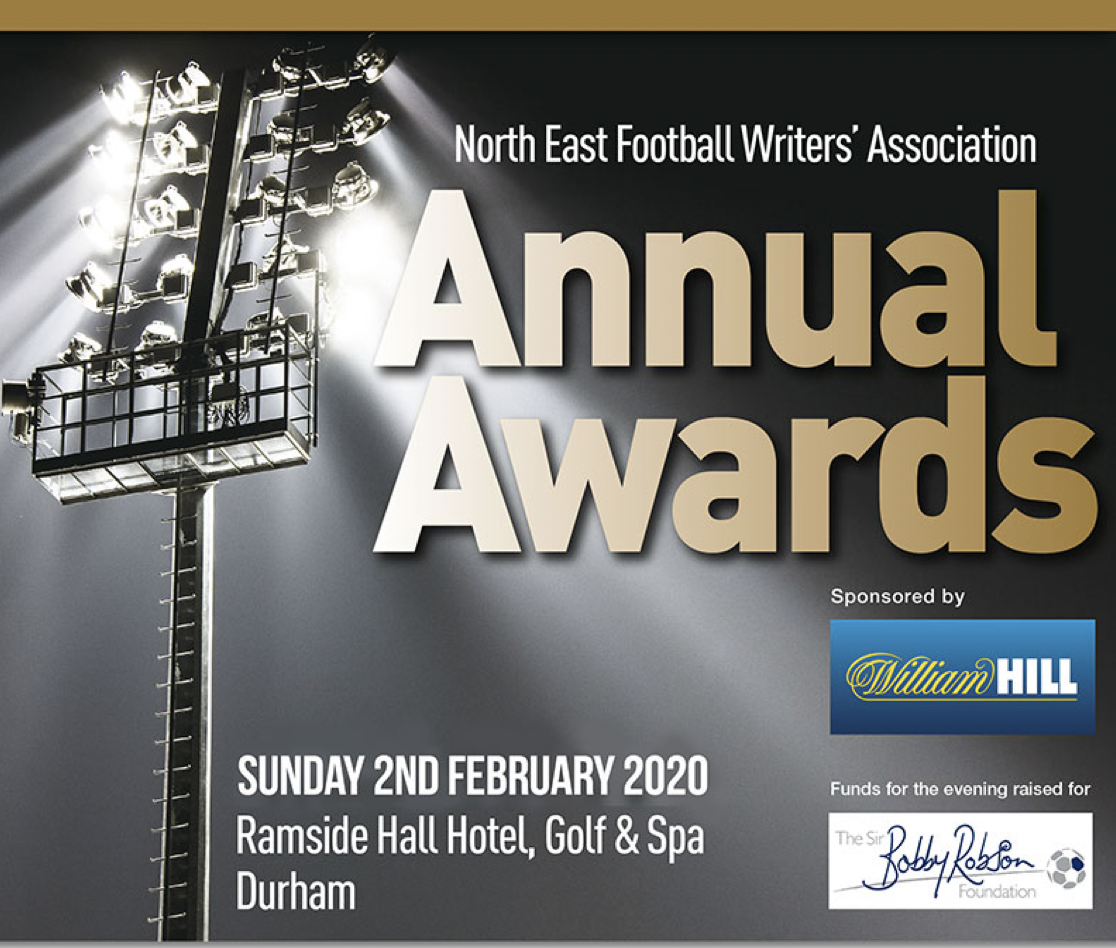 The FWA’s North-East awards night has been put back to Sunday February 23rd at the Ramside Hall in Durham.

Originally scheduled for Feb 2, it has been put back to allow for the attendance of our winners.

Last year’s main awards were won by Martin Dubravka of Newcastle, Beth Hepple of Durham and Sunderland’s Josh Maja.  There was also a special award for the region’s Personality of the Year for Alan Shearer, after the former Newcastle and England captain raised over £11m for a wide range of good causes and charities.  One of them, the Sir Bobby Robson Foundation, will again be the recipient of much needed funds on the night, which is supported by the FWA’s headline sponsor William Hill.

It is sure to be another star-studded evening, and tickets sell out quickly.  Contact organiser Colin Young or  Claire Stephen at the Ramside Hall directly for details: 0191 375 3080 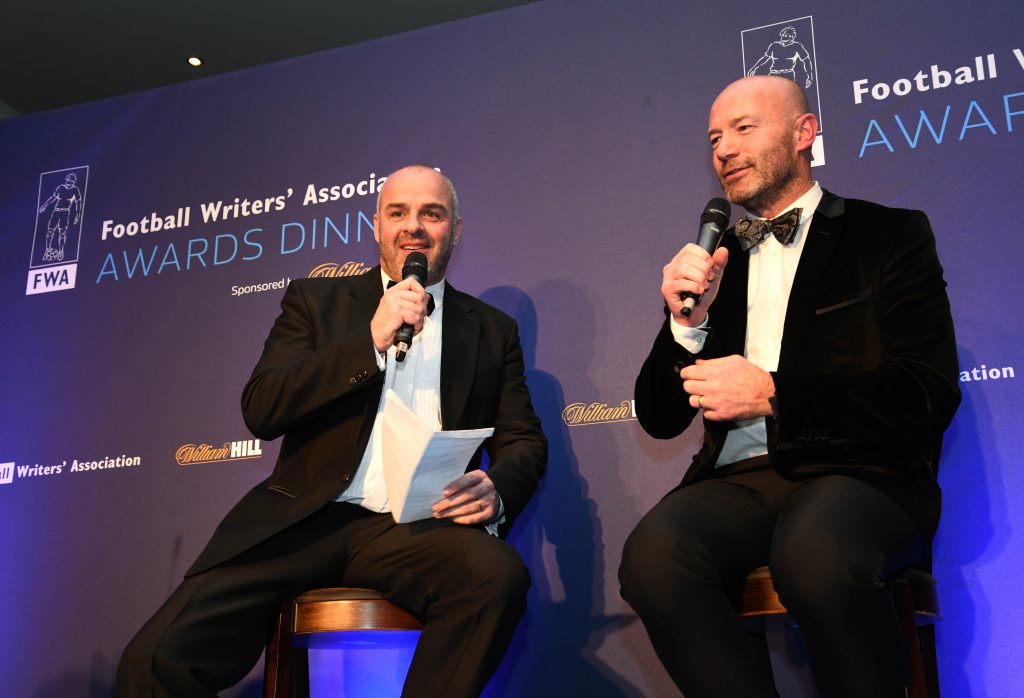 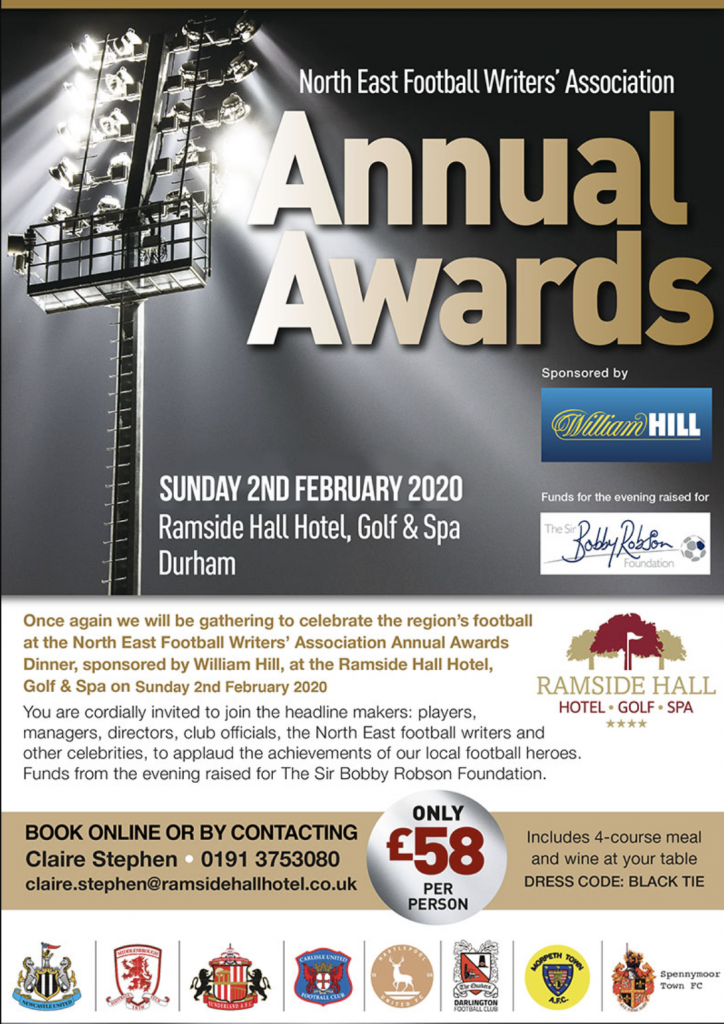