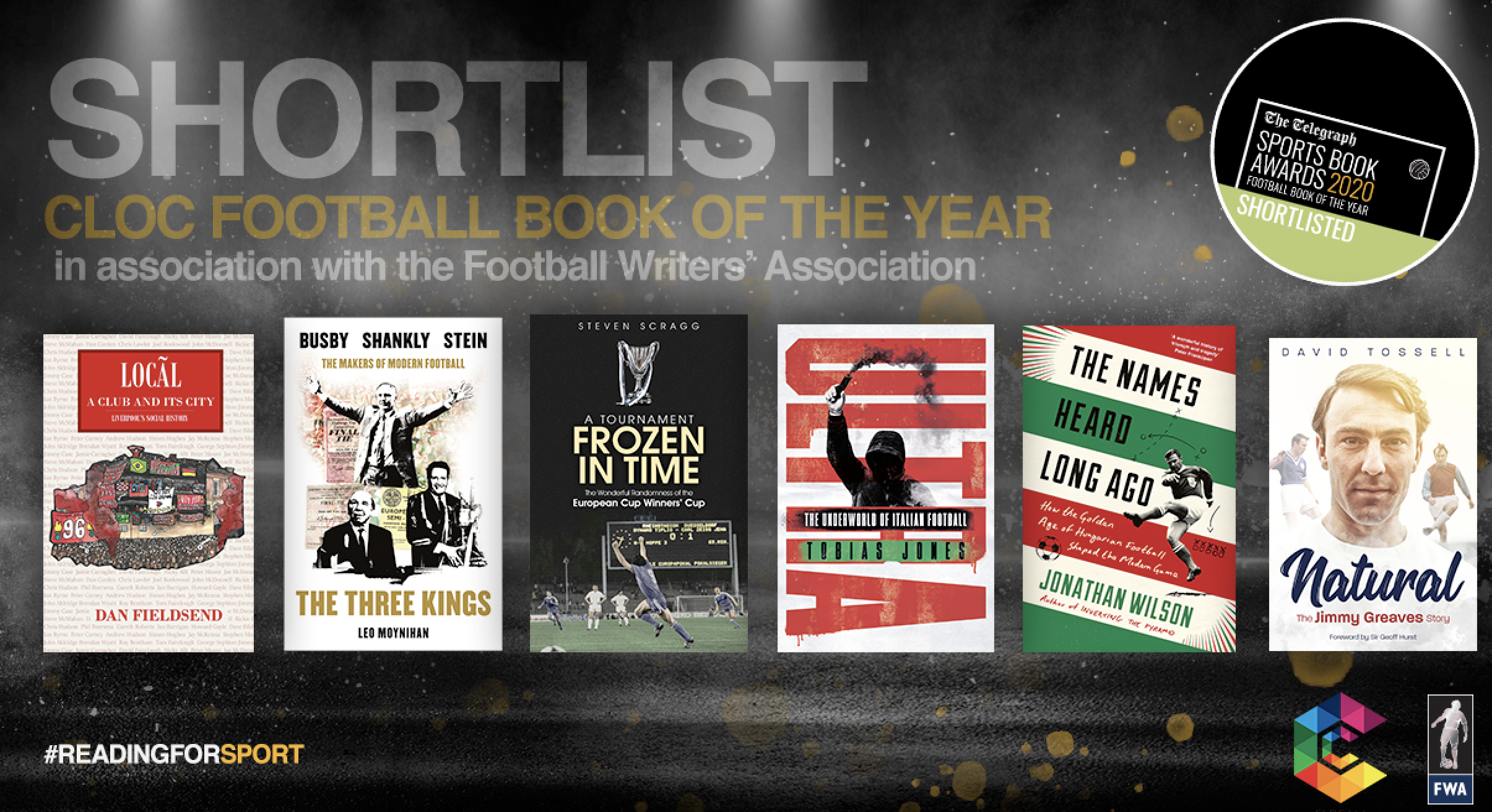 The Telegraph Sports Book of the Year awards announced their shortlists today.

In the Football Book of the Year section, selected by us at the Football Writers’ Association and sponsored by CLOC Printing, there are six outstanding books:

The Biography shortlist includes football too, with Lofty by Matt Clough assessing the career and influence of England footballing legend Nat Lofthouse. David Tossell reveals the trials and tribulations of another England football star in Natural, his biography of Jimmy Greaves.

The Illustrated Sports Book of the Year shortlist features An A to Z of Football Collectibles by Carl Wilkes, A life Behind the Lens by Richard Pelham, and Destination Tottenham collated by Tottenham Hotspur Football Club.

The Telegraph Sports Book Awards 2020 winners will be digitally announced on July 15th. The online announcement will replace the traditional celebration at Lord’s Cricket Ground.

The Sports Book Awards official charity partner is now the excellent National Literacy Trust, who are also collaborating with the awards to help launch the inaugural Children’s Sports Book of the Year award.

For more information about The Telegraph Sports Book Awards 2020, visit