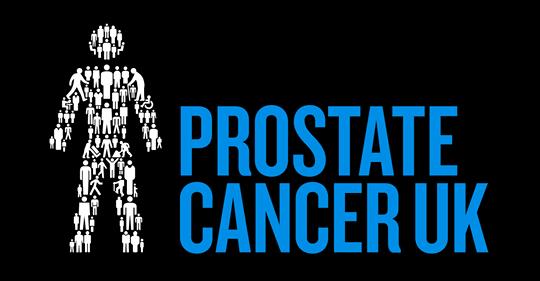 We at the FWA are pleased to support a ground-breaking charity initiative from Vanarama, sponsors of our Golf Day and regular National League column.

Vanarama are supporting Prostate Cancer UK and for the month of October will rename the National League, which they sponsor, the MANarama National League, as well as pledging to raise £150,000 for the charity.

The National League has chosen leading men’s health charity Prostate Cancer UK as its first ever official charity partner, to unite in the fight against the UK’s most prevalent male cancer.

In a first for English football a national football league will change its branding midseason. Vanarama, the title sponsor of the National League, is changing its name to MANarama throughout the month of September to raise awareness of a deadly cancer that kills one man every 45 minutes.

The rebranding to the MANarama National League features a striking new league logo to highlight their support for Prostate Cancer UK – and Vanarama’s own site has also been completely rebranded to reflect its commitment to a fundraising drive which will see them aim to raise £150,000.

A new captain’s armband, which will be worn by all MANARAMA National League club captains on Non-League Day on Saturday, October 13th, has also been unveiled The 34 matches will see all skippers proudly displaying the unique bright orange band, which includes the iconic Prostate Cancer UK logo, to illustrate their clubs’ united stand against the most common cancer in men.

Vanarama has also pledged to raise £150,000 in just 43 days from a vehicle-leasing incentive that runs across September, as they tell the nation to ‘lease a van, save a man’. Vanarama and its newly-launched car leasing platform, Motorama, will donate £50 for every vehicle leased from the start of September until Non-League Day, when a cheque will be presented on October 13th at FC Halifax Town vs Chesterfield live on BT Sport. From September 1 until Non-League day 688 men will die from prostate cancer, emphasising the need to take action.

On board with Non-League Day for the fifth time, Prostate Cancer UK raised £15,000 last year as more than 50 clubs joined the fight against the deadliest opponent of all, and this year’s day is shaping up to be bigger and better than ever with clubs from across the Non-League pyramid joining forces in a jam-packed day of activity.

The ground-breaking move has been hailed by long-serving television presenter Jeff Stelling, a lifelong Hartlepool United fan. Stelling, who has raised £800,000 for the charity during two March for Men walking events: “This partnership reinforces Prostate Cancer UK’s work in football and how hugely important it is to raise awareness and funds to make a difference to the lives of men and their loved ones.

“One man dies every 45 minutes from this disease, so we need to take action. The passionate fans in the National League – including my lot at Hartlepool United and throughout the non-league pyramid – represent the perfect platform for us to unite against the toughest opponent of all. I know Vanarama have been long-time supporters of the charity so it’s great to see them taking the bold move of rebranding the league to MANarama to help raise even more awareness.

“Although more women now go to matches, it’s still a stronghold of male life. A lot of these supporters at some stage in their life may get prostate cancer. The more they understand that the better, the more we can help beat it. For them, and for their friends and families.”

Andy Alderson CEO and founder of Vanarama said: “We’re ready to help tackle prostate cancer with the National League and Prostate Cancer UK. The charity does great work in football and so we thought we’d do our bit too. The decision to change our name from Vanarama to MANarama was an easy one. The fact that more than 11,000 men die from prostate cancer in the UK each year is staggering and if us changing the league’s name helps raise awareness of the disease for even one man, then that’s a success for us.”

James Beeby, Director of Fundraising at Prostate Cancer UK, said: “It’s terrific to see the National League join us in the fight against the deadliest opponent of all, and, after backing us for a number of years, we once again thank Vanarama for their ongoing support.

“We stand together in our quest to change the game for men and their families and the grassroots game is the perfect platform to do this. The money raised will fund ground-breaking research to help fight this disease and the awareness generated across the length and breadth of the country will be vital in helping stop prostate cancer being a killer.

“We thank the National League and Vanarama for creating this milestone moment and look forward to our most successful Non-League Day in October.”

National League Chief Executive Michael Tattersall said: “We’re thrilled to announce our first ever official charity partner, Prostate Cancer UK. We couldn’t think of a charity that better reflects our football values. Just like Prostate Cancer UK we want all our men united against the fight of this deadly disease.

“In celebration of our partnership, and with the support of our title sponsors, Vanarama, we will re-brand the league to the MANarama National League. This temporary change is a first for English football and we’re proud to be a part of this historic moment.”

To find out more information about Prostate Cancer UK’s work in football go to: www.prostatecanceruk.org/football