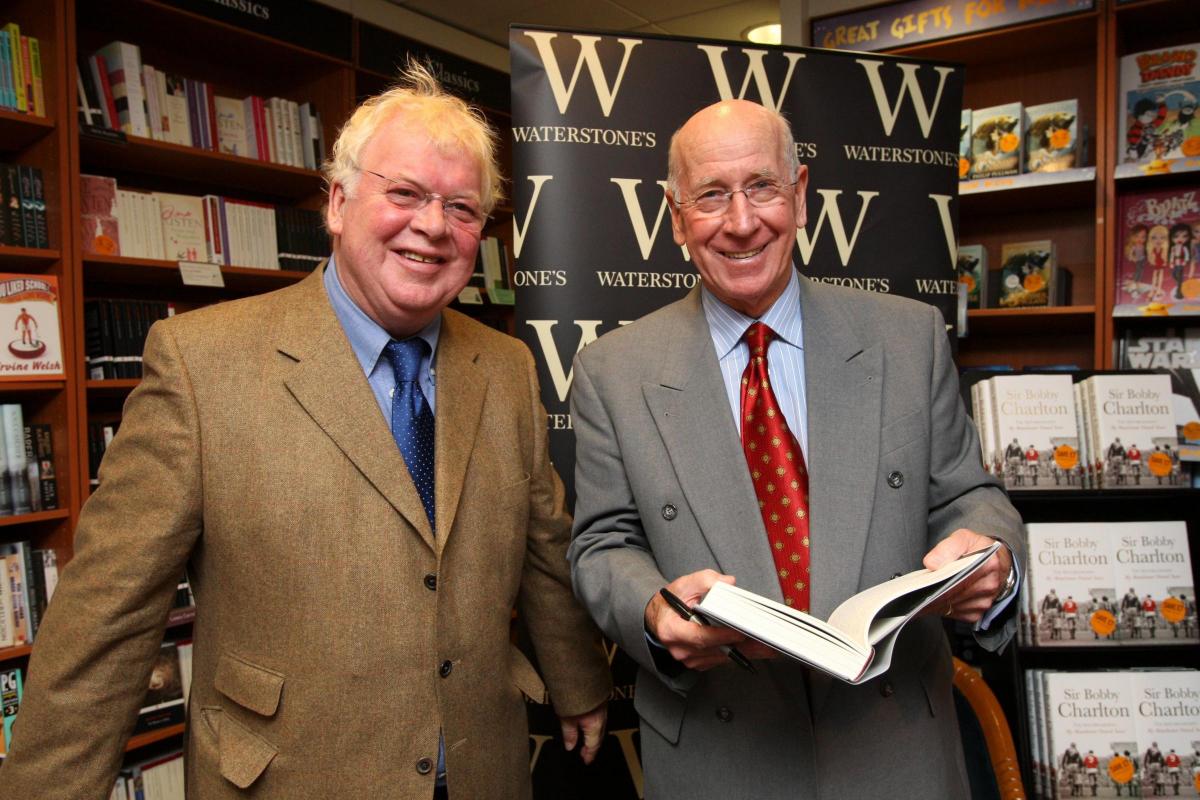 A heartfelt tribute to Jim Lawton by John Dillon.

IT is a daunting task to say farewell to Jim Lawton as well as a sad one. He requires an elegy rather than an obituary.

Even then, it wouldn’t  match the poetic tones of his own great works.

His voice, rich, ornate, important  yet restrained,  has been in my head ever since the news of his death at just 75 on Thursday.

I am sure it has been the same for everyone who knew him and admired him or counted him as a great friend and colleague. For all those who revered his work. For all those privileged to have accompanied him at the dinner  table and the bar, where his bon-vivant spirit graciously emerged  once the graft was completed.

That voice has accompanied me all through the writing of this tribute. Since so  few sports journalists ever  translated their voice so masterfully and so recognisably on to  the page,  it has been impossible to avoid his influence upon it. Or the standard, unreachable by miles of course, which he set for it.

Jim, such a big, gently patrician  yet unpretentious figure in the business, was so prolific for so long that there are thousands upon thousands of examples which could be quoted to define his brilliance.

Here is one which the former player-turned-journalist Stan Collymore respectfully  re-issued on Friday in which Jim  captured perfectly both the talent at work on the pitch and the slight sense of un-fulfillment which   accompanied it.

“Collymore was an extra-ordinary prospect,” Jim wrote. “He operated at a time when Alan Shearer was head and shoulders above all English strikers but there were times when Collymore made a nonsense of that status.

“He scored a goal at White Hart Lane ….which was received in awed silence. He was a giant stunted by his erratic nature – and his opulent times.”

That’s all Jim. Eloquent. Elegant. Authoratative. Wise. Experienced and impassioned to a level of searing analysis of the good and the bad of football. Then finished with a flourish.

Jimmy delivered to this majestic standard in two stints as Chief Sports Writer at the Daily Express divided by an adventurous spell at the Vancouver Sun. He continued in the same fabulous form at The Independent.

Just yesterday, what has turned out to be his final piece was due for publication in the Irish Independent . They will run it on Saturday with suitable fanfare and reverence. It is fitting and not disrespectful to note that he died with his boots on. He would have gone on forever if he could.

It is correct here at the home of the Football Writers Association to have first summoned an example of Jim’s work about our greatest, most consuming game.

Jim was a deeply seasoned football man whose friendships with men like Sir Bobby Charlton and Johnny Giles reflected the knowledge and insight he had gained starting out in a football era more raw yet more open and human than that of the present day  – and which he brought to bear so powerfully  upon the modern game.

Notably, though, his vision and his beat encompassed all of sport.

His unique magic was an ability to infuse all that he witnessed and analysed with an epic grandeur. Or a devastating, unanswerable  insight.

Whether he was marvelling at the feats of Tiger Woods, Lennox Lewis and Michael Atherton – all of whom particularly impressed him – or eviscerating the fripperies and distractions infecting modern football, Jim’s style told us that this was all important because it reflected human nature and the human spirit; again good and bad, great and poisonous.

Here he is on the death of Muhammad Ali in The Guardian in 2016.”His body, for so long a such a monument to physical perfection may have been ravaged but his spirit was never compromised and if anyone needed a reminder of this, it has surely come with the emotion provoked by his death.”

It wasn’t just about monumental words, however. As both a master craftsman and a man steeped in the professionalism, methods and disciplines of the good reporter, Jim was noted for being able to turn around  the required, usually elegaic 800 words quickly, crisply and without blemish.

He was driven and impassioned by both sport and the romantic’s love of the newspaper trade. It made him one of the greatest of his generation, with the rare distinction of that achievement being noted upon both sides of the Atlantic.

The impression he  has left upon all of us is deep and memorable. Personally, it was an honour to follow in his footsteps  – or attempt to – as Chief Sports Writer at the Express, whatever they did to the newspaper along the way.

It was a privilege, too, to travel with him. To work alongside him. To drink with him and dine with him on so many wonderful occasions. There was no false modesty about him but neither was there any excess of  pride despite his status as a giant of Fleet Street.

A word of encouragement or acknowledgement from him filled you with belief and  gratitude. It was offered to the youngest and most inexperienced of those who had joined the trade he adored so much and carried out  so beautifully.

Among the tributes now pouring forth, one recalled how he told a  young hopeful that the world of journalism was “a jaded vineyard.” Again, pure Jim. How he loved it in there.

Sometimes, of course, it tortured and dissatisfied him. An element of self-doubt drove his work, as it does for most of the greats. Sport often disappointed him, too. But it also up-lifted him to imperious levels of work.

It was my good fortune to do so many of these things with him against the back-drop of so many great locations across the football world, at the World Cup, at the big fights in New York, Las Vegas, Los Angeles and on and on across the USA.

He seemed particularly suited to America, where the big cities matched his own broad vision – both of sport and life. His opinion was always up-to-date but there was, gratifyingly, something of the old school about him.  Newspaper traditions across the pond are as powerful as they are here and there was something of both about Jim.

This was partly due to his experience in Canada, partly due to the fact the he spent so much time in the USA and partly because of his own nature.

This was where he  left the ringside to work through the night. Where he lamented the Sunday evening finale of each golf tournament  because  it would never be repeated in quite the same way again.

This was where he resignedly and regularly paid fines for smoking in his room. This was where he tipped waiters $100  at the start of the week to ensure a good table every night. Never in an over-mighty way but because he knew what he liked and he wanted it to work well. One tribute today from Canada described him as “steak dinner and a bottle of wine waiting to happen.” Work, which he did furiously and incessantly, always came first, though. It was afterwards when  he was such fabulous, generous company as well as being a fabulous, generous work-mate

This was where he offered insight and a translation of  the ways of life and sport in America and thereby massively broadened my own horizons as a sportswriter. Once I cut out and collected his pieces. Now here I was, keeping him up until 9am on one memorable occasion at the MGM Grand in Las Vegas.

I will cherish the memories of the times I enjoyed with Jim and what he taught and offered me  – as will so many of you. On Friday, the Ryder Cup began and with typical good grace, Paul Hayward of the Daily Telegraph said he would be walking the course in Jim’s honour.

Jim loved this competition and all of golf  and with the Ryder Cup’s return, I’m left with one particular vision of him, sitting outside the tent at the K Club or in Louisville, a plume of blue smoke rising into the pale air as he discussed the day’s events and  prepared to begin sculpting his words.

He was a colossal figure in journalism and sports-writing. A great man and a good man.  To take in tribute his own memorable summary of the fine work he did, I think he paid the freight.