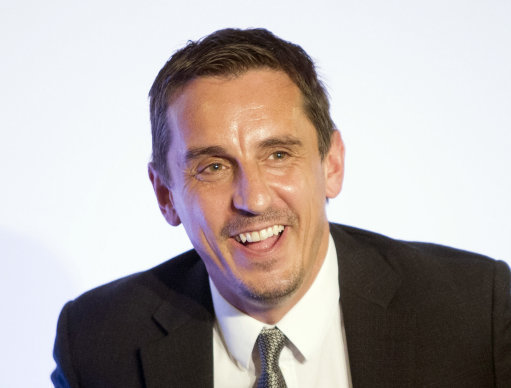 Since automatic promotion was introduced 31 years ago no club has won back-to-back promotions into the Football League. Even meteors such as Fleetwood and AFC Wimbledon required a season acclimatising to the fifth tier before climbing out of non-League. This season Salford aim to break the mould.

Since being taken over by the five former Manchester United players from the ‘Class of 92’, as their youth team generation has become known, Salford City have raced from the eighth to fifth tier. As the busy Christmas programme approaches in the Vanarama National League they sit a point and a place off the summit and the promotion spot it brings. This after a slow start in which they took eight points from their opening six matches leaving them in the bottom half of the table.

“We are delighted with where we are,” said Gary Neville, co-owner and in many respects the driving force behind the project. “At present we’re maybe slightly ahead of expectations. We expected a tough start but with the investment we have made, and the managerial appointment [former Scunthorpe manager and Scotland international Graham Alexander] we thought we would be up there challenging.  Our approach has always been to be in contention going into the New Year. We have a tough run of fixtures coming up and if we’re in touching distance in mid-January we’re on course.”

Neville added: “We are well ahead of our initial plans. We have won three promotions in four years, we thought it would be one every two years. The initial aspiration was to get into the Football League because the original idea was to have an academy, to give young players a chance. We realised we needed a team for them to move into, and to have a proper academy you need to be a Football League club.”

Thus the rush, which has provoked resentment from less well-funded clubs. Besides Neville, his brother Phil, Ryan Giggs, Nicky Butt and Paul Scholes Salford are also owned by Singaporean billionaire Peter Lim. Neville points out “until this season we’ve matched Peter 50-50, we’ve put millions into the club. We could have used that money to buy houses, or cars, or leave it in the bank, we didn’t need to do it. We chose to come into Salford. We could have gone into a League One or League Two club, but we wanted to stay close to our roots. I find it hard to understand the negativity about ex-footballers using their own money to invest in a football club.”

Salford have formed an academy, a women’s team and are developing community and education programmes. Moor Lane has been transformed into a covered 5,000-capacity venue. Crowds have gone from 220 to 2,000+ with an emphasis on making it an affordable fun day out – Neville said his family recently chose  a match at the Peninsula Stadium rather than Old Trafford.

The former England international added: “We have retained the original people who ran the club, who made sacrifices and subsidised it. We have the cheapest tickets [£10] and season-tickets, we bring interest to the league and to games, we’re respectful of opponents. How is that ruining non-League?” 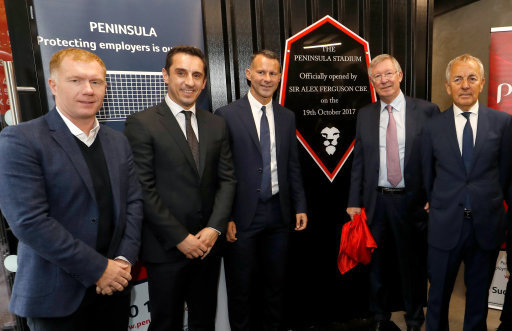