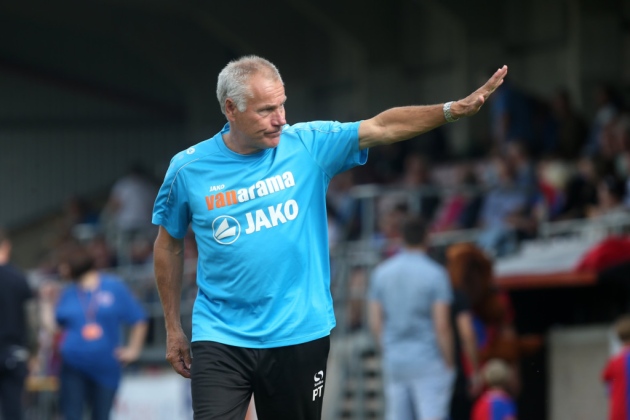 The cavalry are coming, the only question is whether they have arrived at Victoria Road in time. A fourth successive Vanarama National League defeat on Saturday, by 2-0 at Gateshead, left Dagenham & Redbridge 22nd, already four points from safety.

Relegated from League Two in 2016 the Daggers have had a tumultuous period back in non-League, twice facing financial difficulties and now twice rescued. Local car dealer Glyn Hopkin kept them afloat for a year, during which John Still’s team missed out on an instant return when they lost to Forest Green Rovers in the play-offs. However, amid disputes with supporters Hopkins ceased covering the losses midway through last season prompting a firesale of players and the dissipation of a promotion bid.

At the end of the campaign the veteran Still, having said it was his hardest season in management, quit to join Barnet. The peripatetic Peter Taylor, once an England manager, five times a Football League promotion winner, took over.

The popular Taylor has had some tough jobs but few like this. The budget was cut by a third meaning fixtures like Saturday’s 560-mile round-trip to Gateshead are done without an overnight stay and the players packing their own lunch. For the next away game, at Dover, players will be driving themselves.

“People think I am mad doing this at my age,” said Taylor, now 65. “but I love the challenge. The only frustrating part is matchdays. We have a very young team – we did not have the budget to bring in players with experience at this level – and this is a tough league. They are getting better but they make mistakes.”

However, there is hope on the horizon. Somewhat improbably the Daggers have been acquired by an American consortium fronted by Tim Howard, the former Everton, Manchester United and United States goalkeeper. While the focus is on Howard the key figures are Peter B Freund and Craig Unger. Each have a record of investing in sports franchises with both involved with Memphis 901, a new club in the US second-tier United Soccer League, and minor league baseball team Memphis Redbirds. Freund has become executive chairman with Unger also on the board.

The pair flew over for a meet-and-greet with fans this week and have promised Taylor they will back him. There will not, however, be a quick fix. Taylor said: “They are serious and want to help but as I told the meeting, it is a shame they did not come in in June, then we could have recruited differently. The experienced players we need are either not available – or available for a reason.”

Taylor, a well-regarded coach, will thus focus on improving the youngsters he has, and adding experienced players of the right calibre if and when he can find them. “I’m used to coming into a club and aiming for promotion, but the target this year is to finish fifth from bottom. We’d take that. Then give it a real go for promotion next season.”