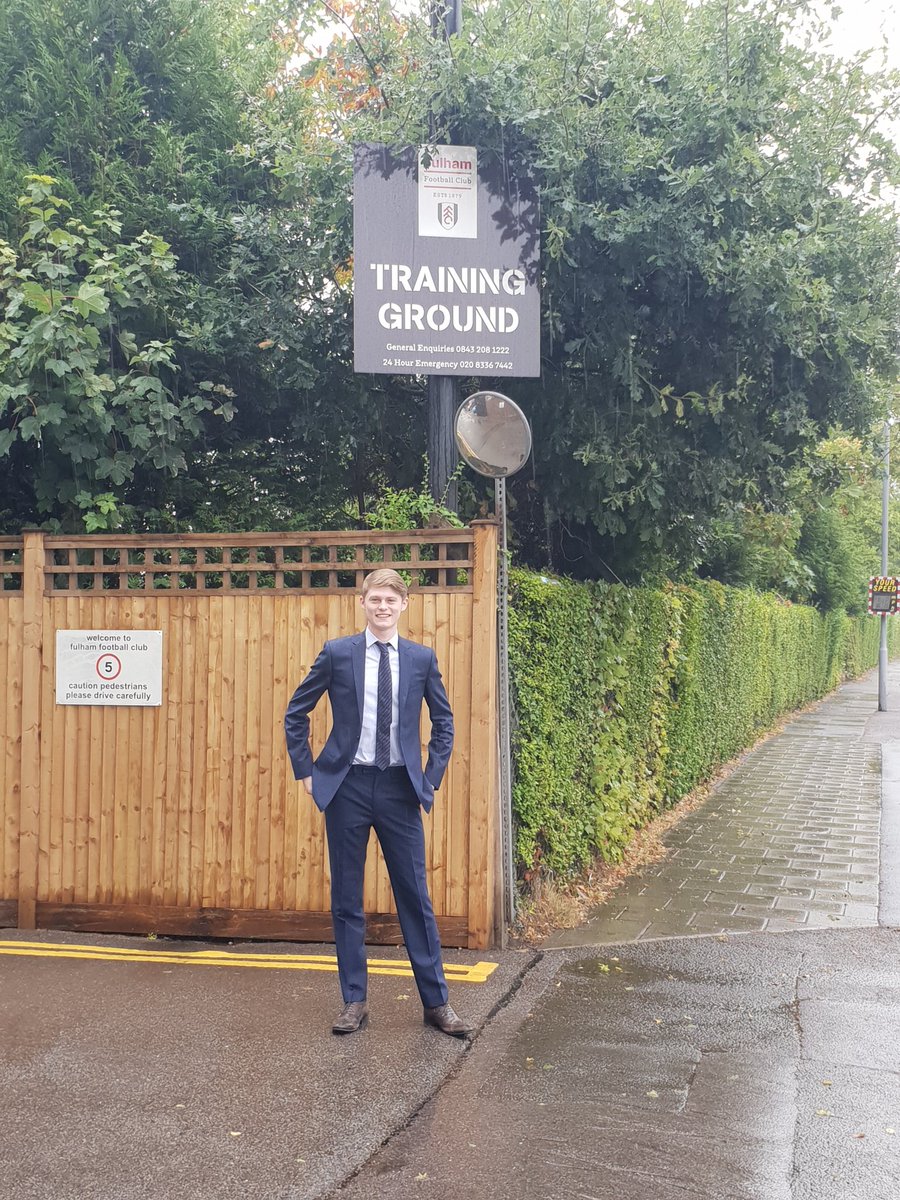 Adam Micklewright, an FWA student member, has landed his dream job at Fulham – less than a year after being in a coma fighting for his life.

The University of Gloucestershire BA Sports Journalism graduate recently landed the role of academy communications executive with the Cottagers – just weeks after securing a first-class degree on his course.

It is an all the more remarkable achievement given the serious medical condition he found himself in only last autumn.

While socialising with friends, he suffered a blackout, collapsed and cracked his head on the corner of a pavement. It left him with a triple fracture to his skull and a severe bleed to the brain.

Medical staff put him into an induced coma for two weeks and, miraculously, he was discharged from from hospital just four days after waking up.

After a period of rehabilitation, Adam resumed his studies four months later and went on to pass his course with flying colours.

He is now pinching himself after beating off fierce competition for a job with Premier League Fulham – the club he has supported since he was a boy.

Adam said: “My first few months at Fulham have been fantastic. I’m learning a lot about the industry. There is always a new challenge to take on every day which suits me perfectly. I’m learning something new most days whether that’s technically or personally – I’m loving the job.

“I have several match days under my belt now, which filled me with a lot more confidence with new systems and styles. The hotels we stay in at away games aren’t bad either!

“The accident did hit me hard, although I didn’t really know too much of what was going on, it’s like being trapped in your own brain. The hospital staff in Bristol were great with me and I can’t thank them enough from getting me through a potentially life-threatening injury.

“The only side-effect I’m having is slight concentration issues, which considering the extent of my injury is something I’ll take every time.”

Adam was selected to represent his course at the Midlands FWA Lunch last spring and was among students invited to attend an FWA Live event in London in May. He has also received mentoring from FWA chairman Paddy Barclay.

“Paddy and the FWA have been more than accommodating with me,” Adam added. “Whenever there have been events or guidance opportunities they have offered them up to me.

“My time at uni has put me in fantastic stead to fit in seamlessly through video, interview, reports etc. The lecturers have been great in easing me back into studying as well as guiding me through industry practices.

“It seems surreal when you’re walking around the training ground, saying hello to Tom Cairney and Aleksandar Mitrovic, but it’s something you get used to and certainly with the U23s, they become your colleagues.

“As a first job out of uni, it is demanding. To be in charge of the academy coverage alone is a big task, but very rewarding which is something I’ve picked up even as early as now.”