Cliff Jones, the legendary former Tottenham, Swansea and Wales winger, will join us at the Savoy on Sunday to pay tribute to Pele.

Jones was in the Wales team beaten by Pele’s goal as Brazil won 1-0 in the quarter-finals of the 1958 World Cup, but the flying winger insists it would have been closer if the great John Charles had not missed the game through injury. He said:  “I still say to this day if John had played in the quarter-final it could have been a different result because he would have caused Brazil problems they’d never faced before.”

Jones was part of the famous Spurs side that won the first League and FA Cup Double of the 20th Century and became the first English team to win a European trophy, lifting the Cup Winners’ Cup in 1963.  He retired after scoring 159 goals in 378 games for Tottenham and is still a match-day ambassador at the club’s games. 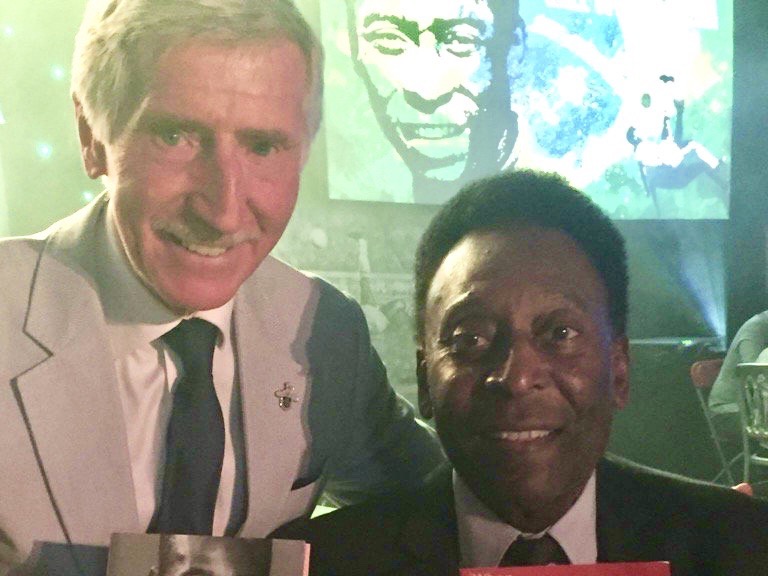