FWA Members scooped some of the top prizes once again at the Sports Journalists’ Association’s annual awards ceremony at the Park Plaza Westminster on Monday February 26.

Danny’s predecessor as Sportswriter of the Year for the past two years, Paul Hayward, won the Columnist of the Year category this time, while his Telegraph colleague Jeremy Wilson was voted Investigative Sports Reporter of the Year for his groundbreaking work highlighting the links between football and dementia.

The Mail’s Matt Lawton won Sports News Reporter for a remarkable fourth successive time, while the Regional Journalist award went to Chris Wathan who has just joined the BBC from Media Wales.

And there was a special award for David Walker, the outgoing Mirror sports editor, who won the Doug Gardner award for services to sports journalism.

Numerous FWA members were also shortlisted and commended in many categories. You can see a full list of the prize-winners at the SJA website here: 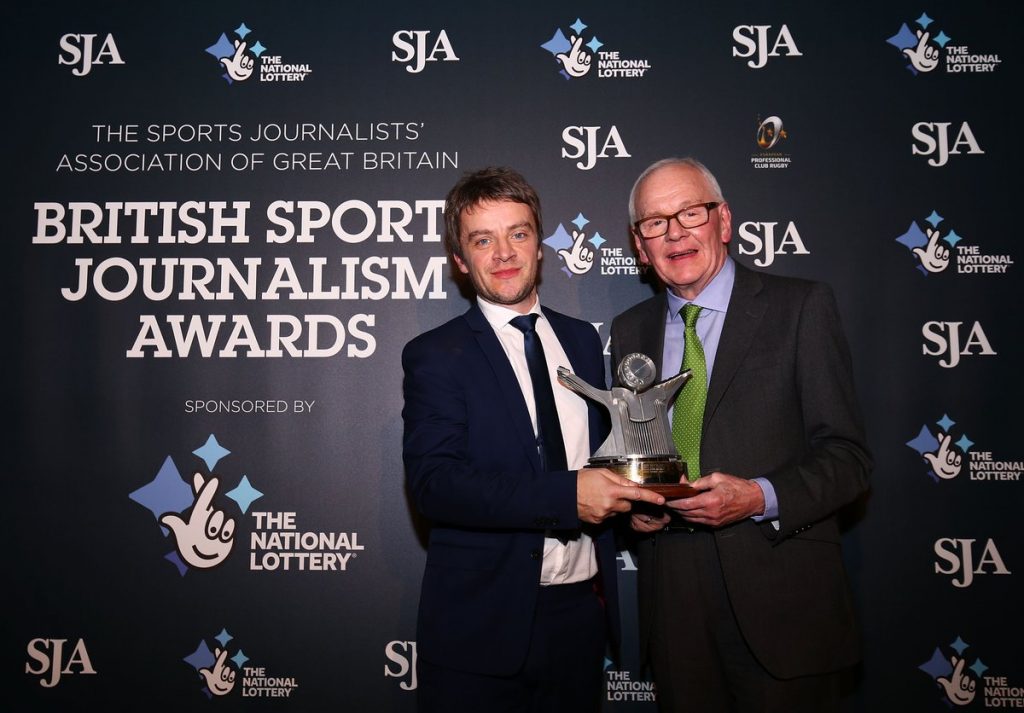