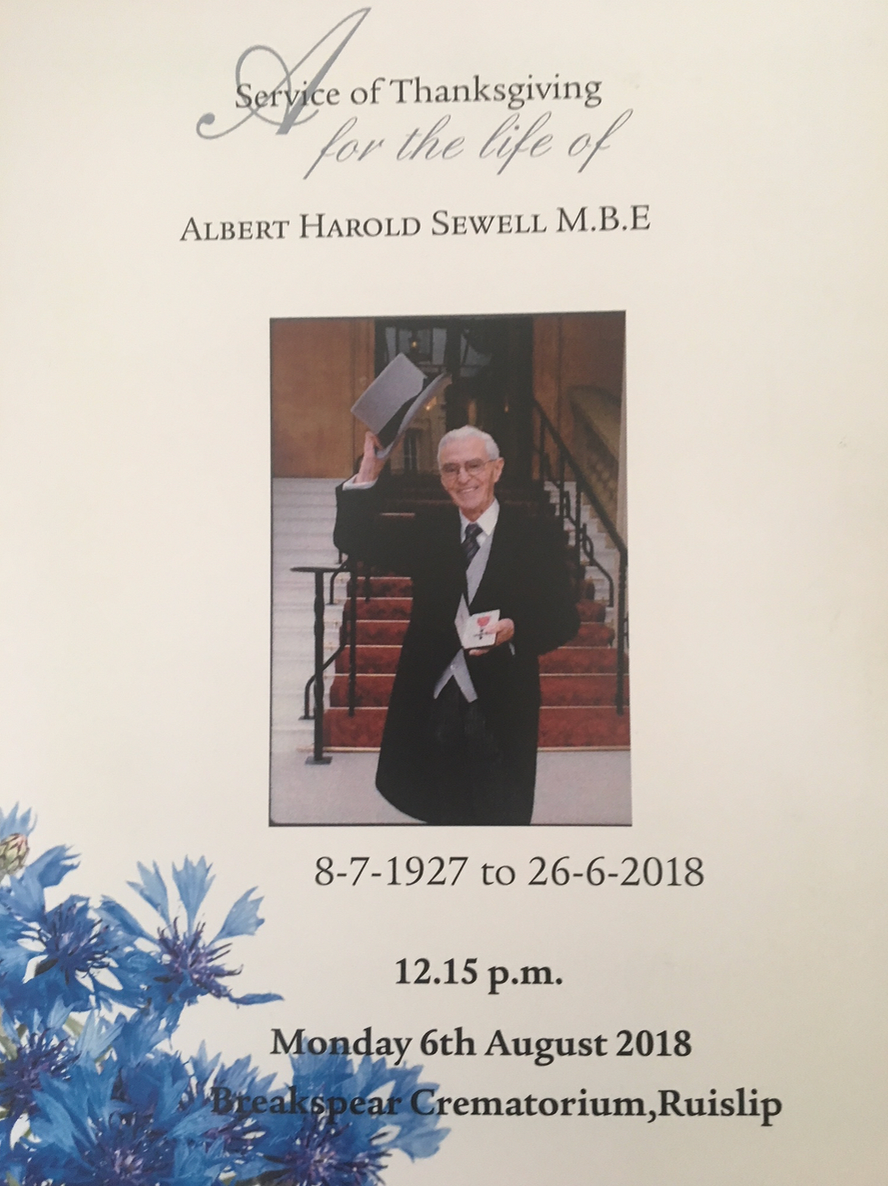 John Motson, Bob Wilson and Barry Davies were among the mourners as almost 100 friends and family members said their goodbyes to Albert Sewell, MBE, the former Hayters and BBC stalwart who passed away in June.

It was standing room only at Breakspear Crematorium, west London, as a host of former colleagues joined his family to pay tribute to Albert, who was a Life Member of the FWA. The heads of sport from both BBC and ITV, Philip Bernie and Niall Sloane, were also among the mourners, along with Steve Rider. Hayters colleagues included Nick Callow, John Goodbody and Michael Hart, another FWA Life Member, who said Albert was his mentor as a young reporter in the 1960s. Gerry Cox, also of Hayters, represented the FWA.

Albert’s beloved Chelsea were represented by Steve Atkins, the club’s director of communications, and guests heard from Dave and Graham Sewell how much their father loved the club, having covered them, written several books and been programme editor for many years.

Indeed John Motson pointed out that the matchday programme, as we know it today, was transformed from a simple teamsheet into a full-blown publication by Albert at Chelsea 70 years ago this month.

Among many lovely anecdotes about Albert, Dave recalled how his father had resisted using a computer or even an electric typewriter, preferring his manual one, so it was fitting that his cake should come in the shape of his favourite ‘device’.  Albert Sewell, RIP. 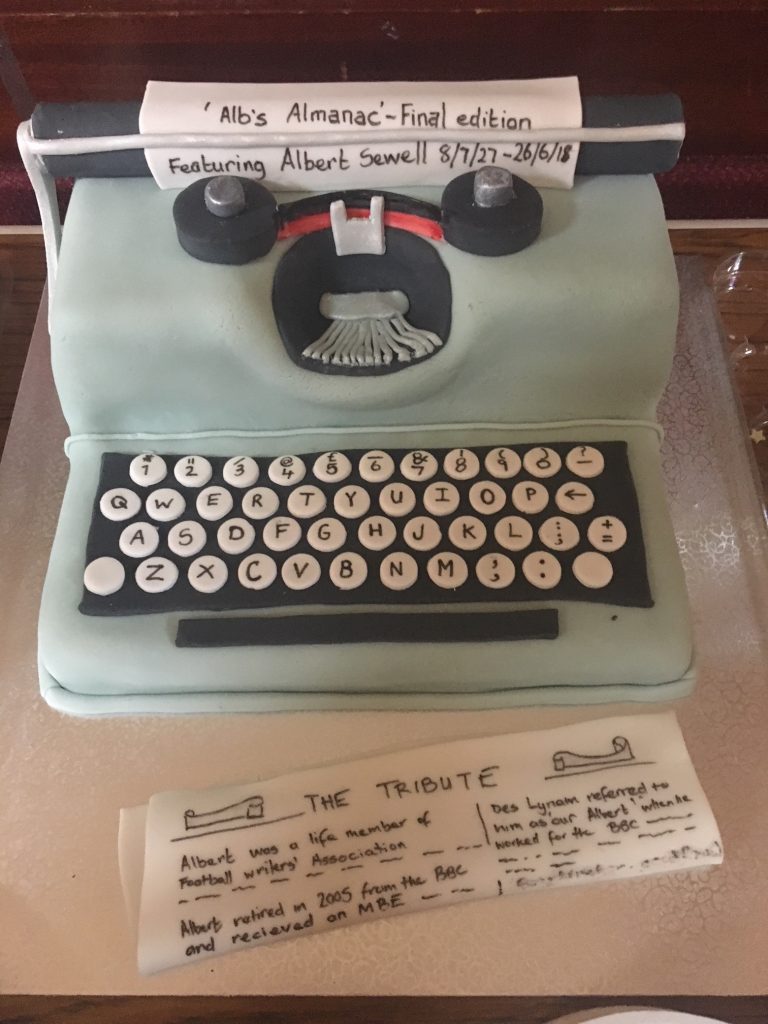