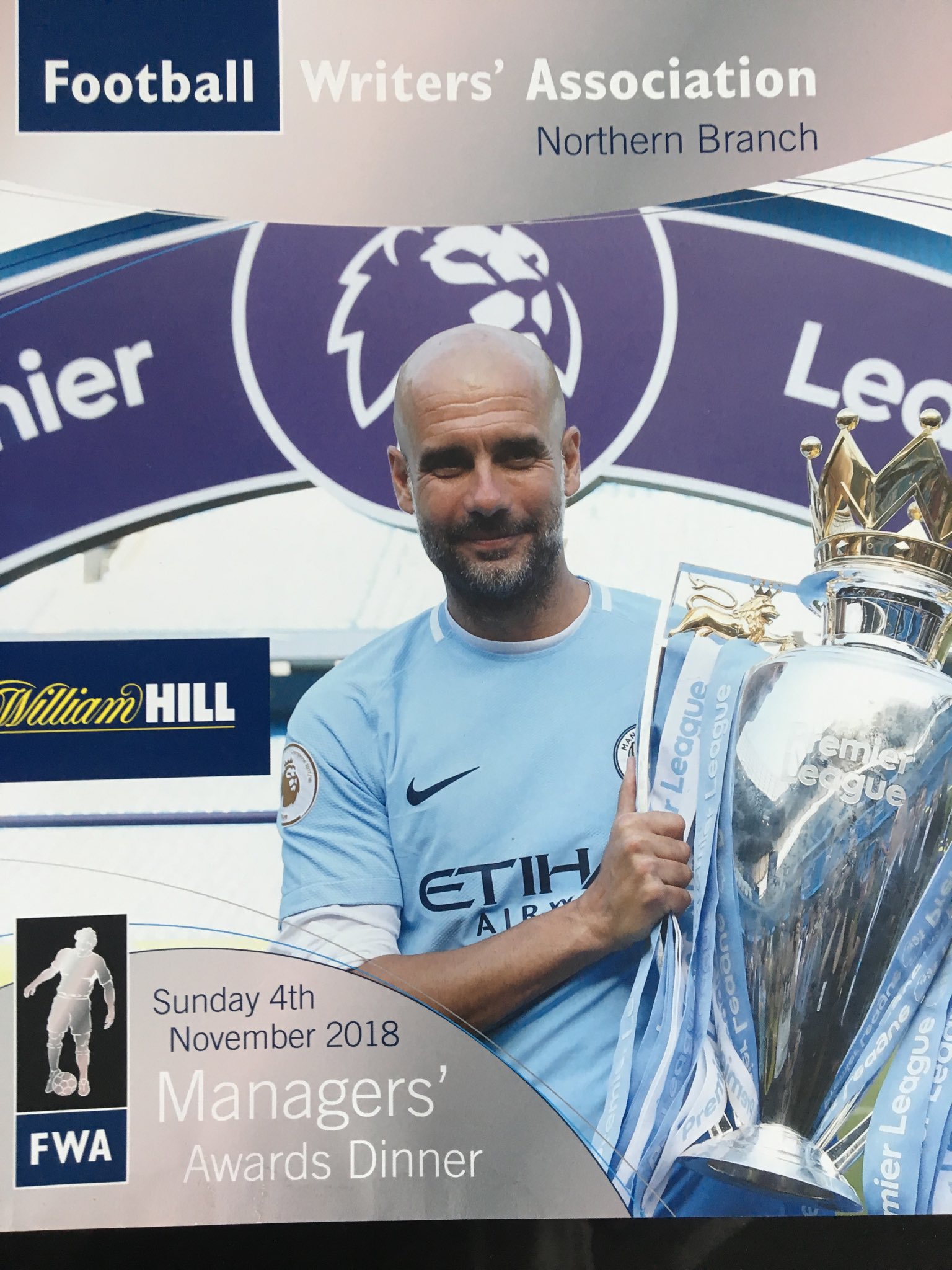 Pep Guardiola led a host of successful managers honoured by the Northern branch of the FWA at the annual awards dinner in Manchester on Sunday November 4.

Guardiola was honoured after winning the Premier League title with Manchester City, and he was joined at the top table be fellow winners Tony Mowbray of Blackburn Rovers, Micky Mellon of Tranmere, Rotherham’s Paul Warne, John Coleman of Accrington Stanley and John Askey for his success with Macclesfield Town. Paul Cook of Wigan was unable to attend for personal reasons, but his assistant Liam Robinson accepted the award in his place.

Guardiola thanked the football writers for making him feel at home in Manchester, and his full acceptance speech can be seen on our YouTube channel https://www.youtube.com/watch?v=37gBQPlbo08

A substantial sum was raised for the designated charity, Clare House Children’s Hospice.

Thanks to Dick Bott, Paul Hetherington, Andy Dunn and Steve Bates for their sterling work in organising the event, and also to our sponsors William Hill for supporting it.