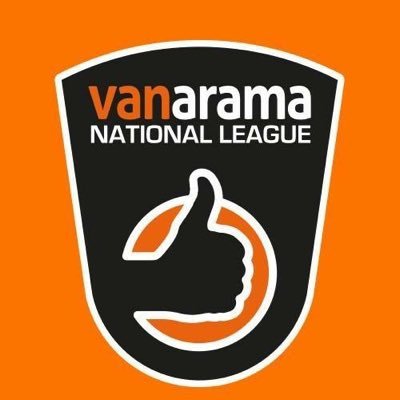 A gripping Vanarama National League season comes to a climax at the weekend with a quintet of play-off finals to earn promotion into and out of the league’s three divisions. Topping the bill is Saturday’s Wembley clash between two upwardly mobile north-west clubs, Fylde and Salford, with the winner joining champions Leyton Orient in the Football League.

While Orient are a long-established Football League returning reborn after two seasons in non-League the Coasters and Ammies have each achieved a series of rapid promotions after being backed by millionaires. Salford, who are seeking back-to-back promotions, are better known due to their connection with, and television series on, Manchester United’s Class of 92, but Fylde’s rise is no less remarkable.

As recently as 2008 the pair were in the North West Counties League (Fylde were then still known as Kirkham & Wesham). By 2012 they were playing each other in the Northern Premier League North. Fylde reached tier 6 (National League North) in 2014, Salford two years later. Neither had been at that level before. Fylde will return to Wembley the following weekend for the FA Trophy final against Leyton Orient.

Should Fylde win they would become the first club to win both the FA Vase and FA Trophy, having won the former (open to team from tiers 9-11) in 2008 as Kirkham & Wesham. Should Orient win they will be the first to do the non-League double since Wycombe Wanderers, in 1993, under a promising young manager named Martin O’Neill.

Perhaps underlining the need to seize the moment Fylde are the only one of the five teams to fall in last season’s play-offs to qualify this year. One of the others, Aldershot, were relegated.

Sunday brings a brace of play-offs to gain entry into the Vanarama National League. Chorley, long-time leaders of the North division, overcame their disappointment at being pipped by Stockport County to earn a home tie against Spennymoor, both reaching the final through a penalty shoot-out. The southern final pits Woking, aiming to bounce back at the first attempt, against Welling. Torquay United, after a dramatic revival under Gary Johnson, won the division.

With two former Football League clubs in Torquay and Stockport coming into the division, and Notts County and Yeovil coming down, next season’s Vanarama National League promises to be a well-supported and highly competitive one. Half the section will be ex-Football League clubs.

Lower down a couple of big clubs return to the competition with Kettering Town and Weymouth earning promotion to Vanarama National Leagues North and South respectively. Dorking Wanderers, a club that began as a parks team just 20 years ago, also come up along with Farsley Celtic and the winners of Saturday’s ‘super play-offs’. Warrington host Kings Lynn while Tonbridge Angels visit Metropolitan Police (who are run and managed by police officers, but usually field ‘civilian’ players).

A record two million-plus watched the League’s three divisions with Orient the leading crowd pullers with an average 5,445. Good backing for Wrexham (5,056) and Chesterfield (4,503) helped build an average 1,975 in the National League. Stockport (4,002) and Torquay (2,508) topped the regional averages underlining when it comes to attracting fans nothing succeeds like success.