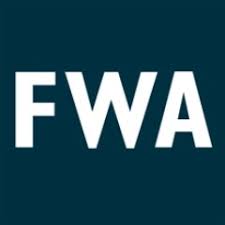 As part of its long-term commitment to the next generation of football writers, this year the FWA is initiating a pair of exciting new awards. Named after two much missed greats of the trade, the Vikki Orvice Award and the Hugh McIlvanney Award are for the Student Football Writers of the Year and open to anyone who is currently engaged in full time education.

And the good news is, as competitions go, this one could not be simpler to enter.

We are asking for one piece of writing, of less than 800 words. It might be a match report (either of a student game or a professional encounter, watched on television), or it could be an interview, or a piece of analysis or a just personal take on your own experience, as a fan or a participant. Work does not need to have been previously published.

We have assembled a judging panel of eminent football writers and broadcasters, including Henry Winter, Alyson Rudd, Paul Hayward, Jacqui Oatley and Jonathan Liew to assess the work. And what they will be looking for are three things: originality, insight and delivery.

The prize is substantial. As well as a trophy, there will be copies of the five shortlisted titles in the FWA Football Book of the Year Award, free membership of the FWA for a year, an opportunity for work experience, plus the chance to benefit from mentoring from a member of the judging panel. There will also be a £500 prize for both award winners.

Items should be submitted by email (please cut and paste your work into the body of email, don’t send it as an attachment) to this address: fwasjoy@gmail.com by Friday April 23. The winners will be announced in May.

Football is working to address its inequalities and this is equally necessary in the media. We at the FWA actively welcome submissions from people of all backgrounds, cultures, faiths and religions. These awards are primarily established to encourage and build a pathway for the next generation of football writers, who represent our society now.